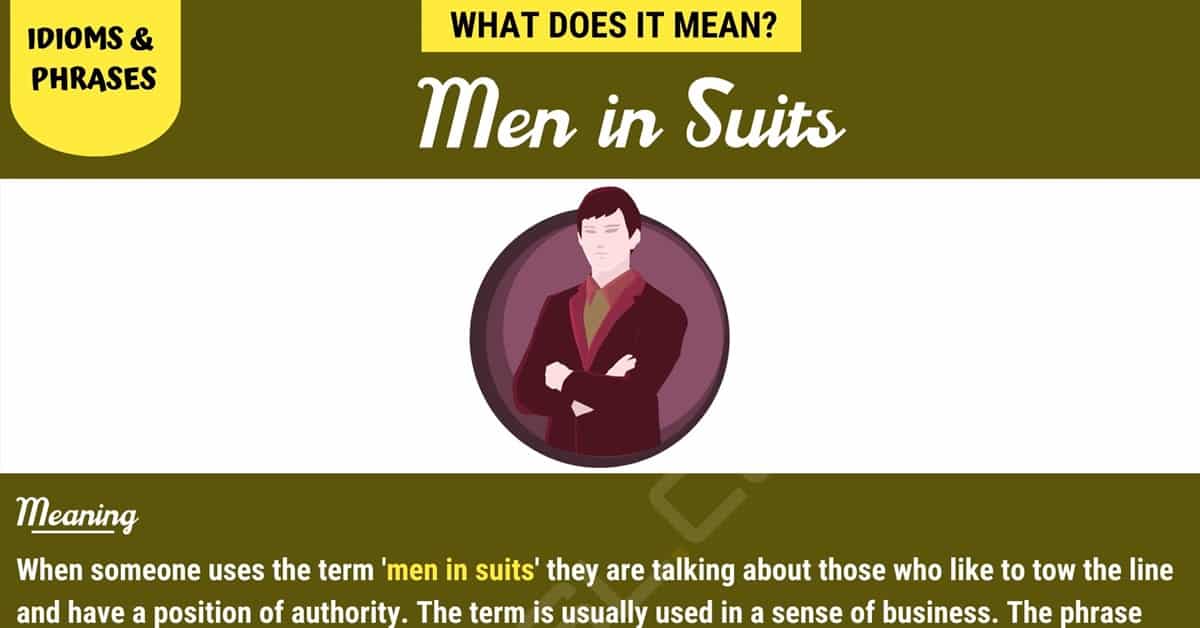 You may have heard someone reference the term ‘men in suits’ during a conversation and wondered what it meant. We are going to explore the meaning of this term and how it first came about. We will also look at how the term can be used in a conversation.

When someone uses the term ‘men in suits’ they are talking about those who like to tow the line and have a position of authority. The term is usually used in a sense of business. The phrase can also refer to soldiers or members of the armed forces.

The phrase ‘men in suits’ is believed to have originated from America in the 1930s.

The first statement is being said by someone in the workplace.

This next statement is made by a new reporter.

You might hear the term ‘men in suits’ in many different conversations. Here are some examples of things you might hear.

The first conversation is taking place between some local MPs.

The second conversation is happening between a mother and daughter.

There are many other ways in which you can say the term ‘men in suits.’

Here are some examples of how you might say it.

What Does “Men in Suits” Mean? | Picture 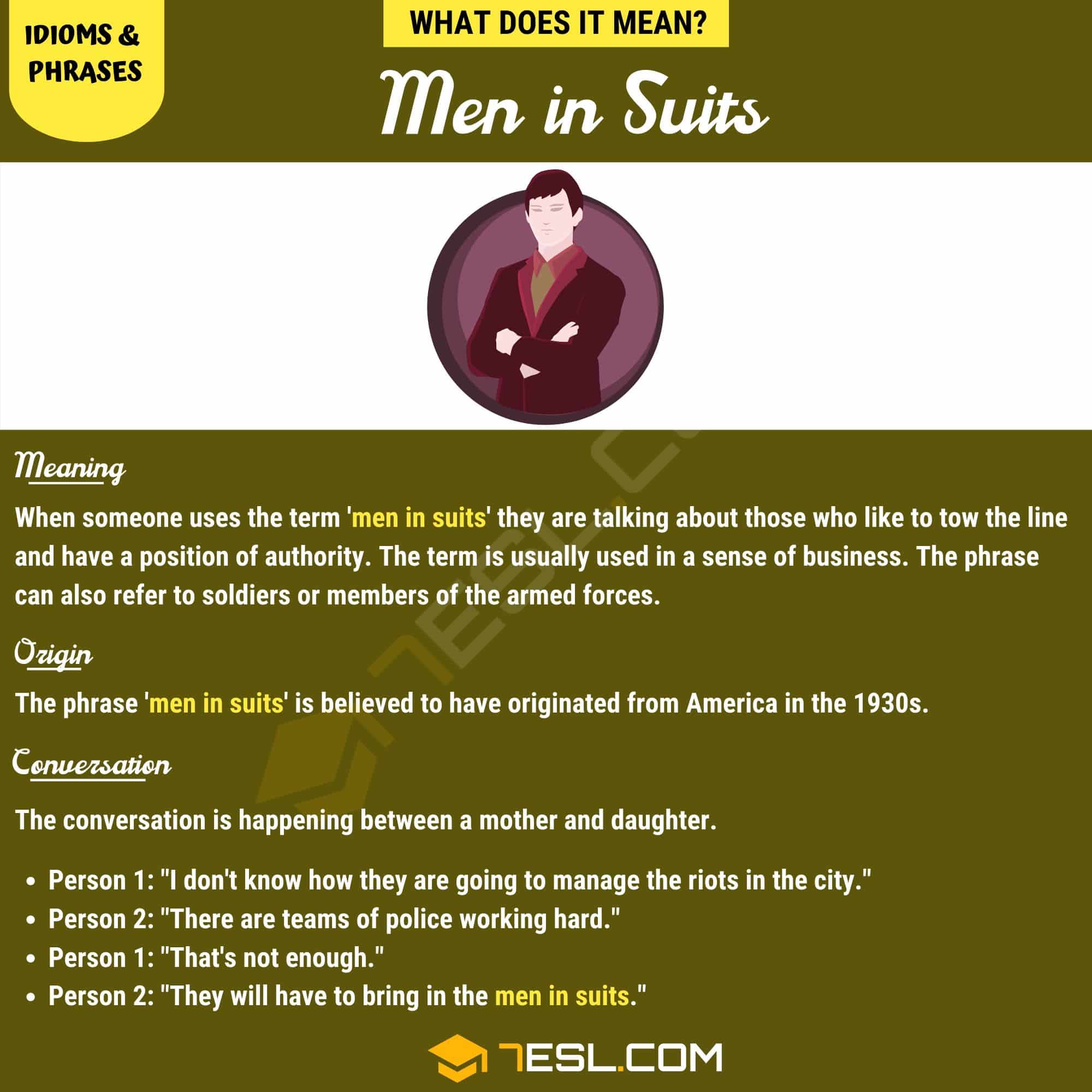