One of the most frequently used forms of figurative language in the English language is the metaphor. But what is this figure of speech used for and how can it be used in a day to day conversation? In this article, we are going to take a look at the answer to both of these questions. We are also going to find out exactly how metaphor looks in a spoken conversation by viewing some examples as well as taking a look at some examples of the use of metaphor as a literary device.

As mentioned in the introduction, a metaphor is a form of figurative language. A metaphor is a rhetorical device in which an object, idea or situation is referred to directly as something it is not. It moves away from referring to something in a literal sense, and refers to it as something else in order to create a more imaginative figure of speech and description of something.

When used as a literary device, a metaphor can add a more detailed and complex description to something giving the reader a more in depth experience. A metaphor is more easily able to convey an idea or an emotion than by simply using a literal statement.

Examples of Metaphor in Spoken Language

In day to day speech, you are likely to hear the use of metaphor’s very often. They are a common type of figurative language and can be heard in many types of situation. We are now going to take a look at some examples of sentences which feature metaphors in order to better understand how they are used in a conversation.

Examples of Metaphor in Literature

Using a metaphor in a literary piece is an extremely popular choice with writers because this type of figurative language can add an extra layer of complexity to the writing and better convey the feeling of the piece. Now we are going to take a look at some examples of times in which metaphor has been used in a literary sense.

By looking at the metaphor in a more profound way, we have discovered that it is a form of figure of speech which replaces the name of an item, situation or action with something that it is not. It is a more creative and expressive way to show the literal meaning of something without using literal speech.

Metaphors are extremely common in spoken English and can be regularly heard in day to day conversation. They are also very popular for use in writing, whether that is in song, script, poetry or otherwise, enabling the writer to add more emotional and deep meaning to a statement. 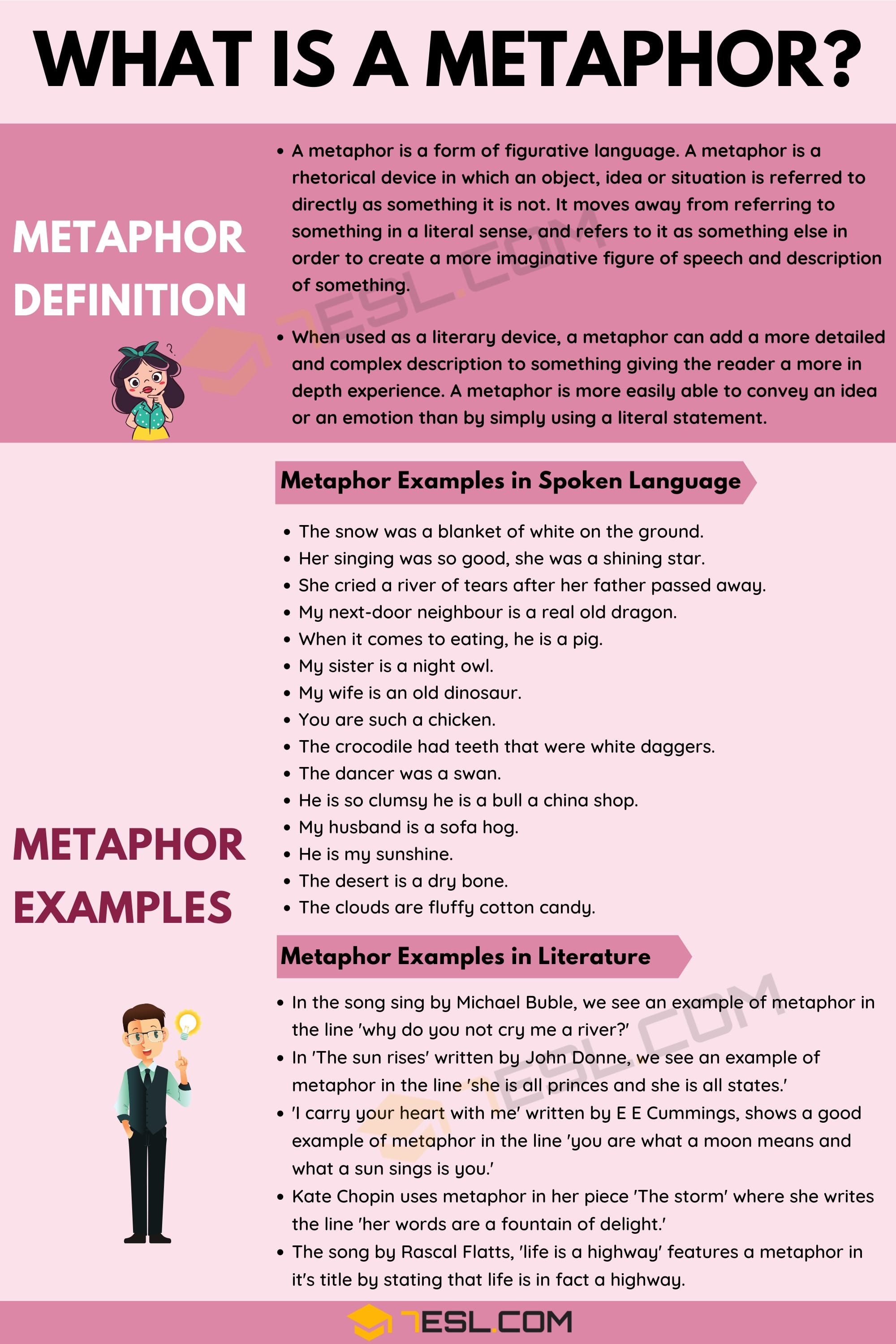 metaphor is barely described as a sense of taste, touch, smell, and hear

Everybody knows what a metaphor is!