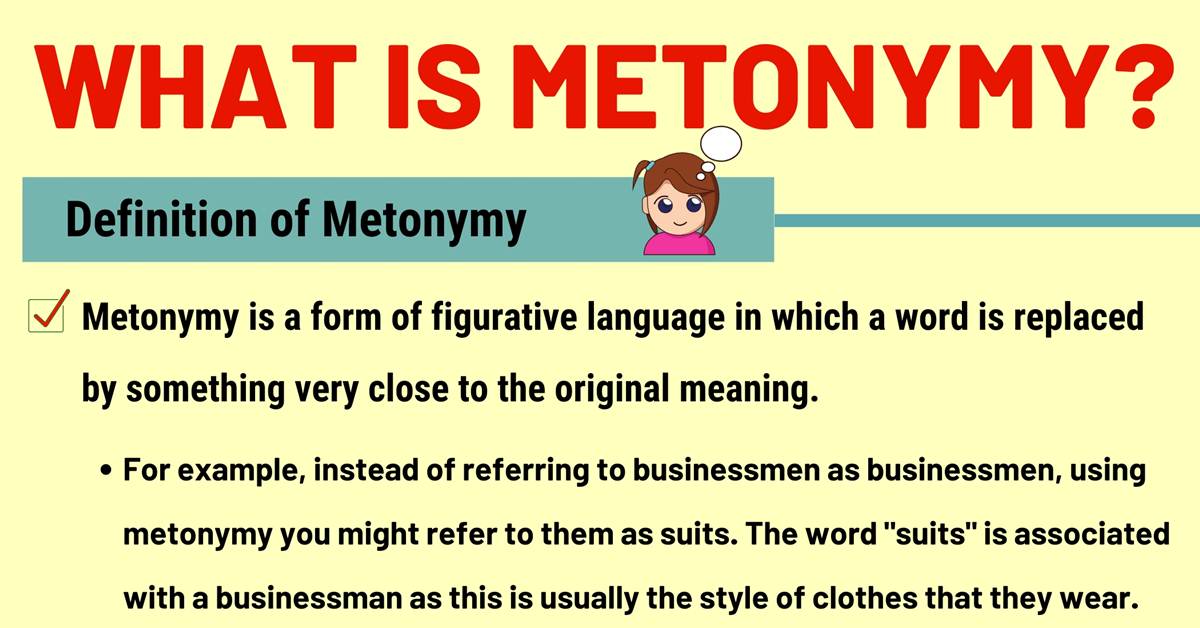 There will be many times in which you will hear the use of metonymy during an English conversation or indeed within the written text. But what exactly is metonymy and how can it be used? In this article, we will be looking at what metonymy is and we will also look at some examples of it being used in both spoken and written language.

Metonymy is a form of figurative language in which a word is replaced by something very close to the original meaning. For example, instead of referring to businessmen as businessmen, using metonymy you might refer to them as suits. The word “suits” is associated with a businessman as this is usually the style of clothes that they wear. The idea of metonymy is that there is an association between the implied phrase and the phrase which is actually said.

Examples of Metonymy in Spoken Language

Metonymy is often used within the spoken language and is a common form of the figure of speech. We are now going to take a look at some examples of how metonymy can be used during the spoken conversation.

Examples of Metonymy in Literature

As well as featuring in spoken English, you are also likely to find the use of metonymy in written works such as songs, poems and stories. Now we are going to look at some examples of times when metonymy has been used as a literary device. When used in this sense, metonymy adds a more symbolic feel to the piece of writing in which it features, as well as adding a more poetic and interesting flair to the written word.

We have learnt from looking at metonymy that it is a form of figurative language which can be used to describe an item, person or situation by using a word which is closely associated with that thing. Metonymy is a common form of figure of speech and can be seen regularly in everyday spoken language as well as being seen in a more literary sense. 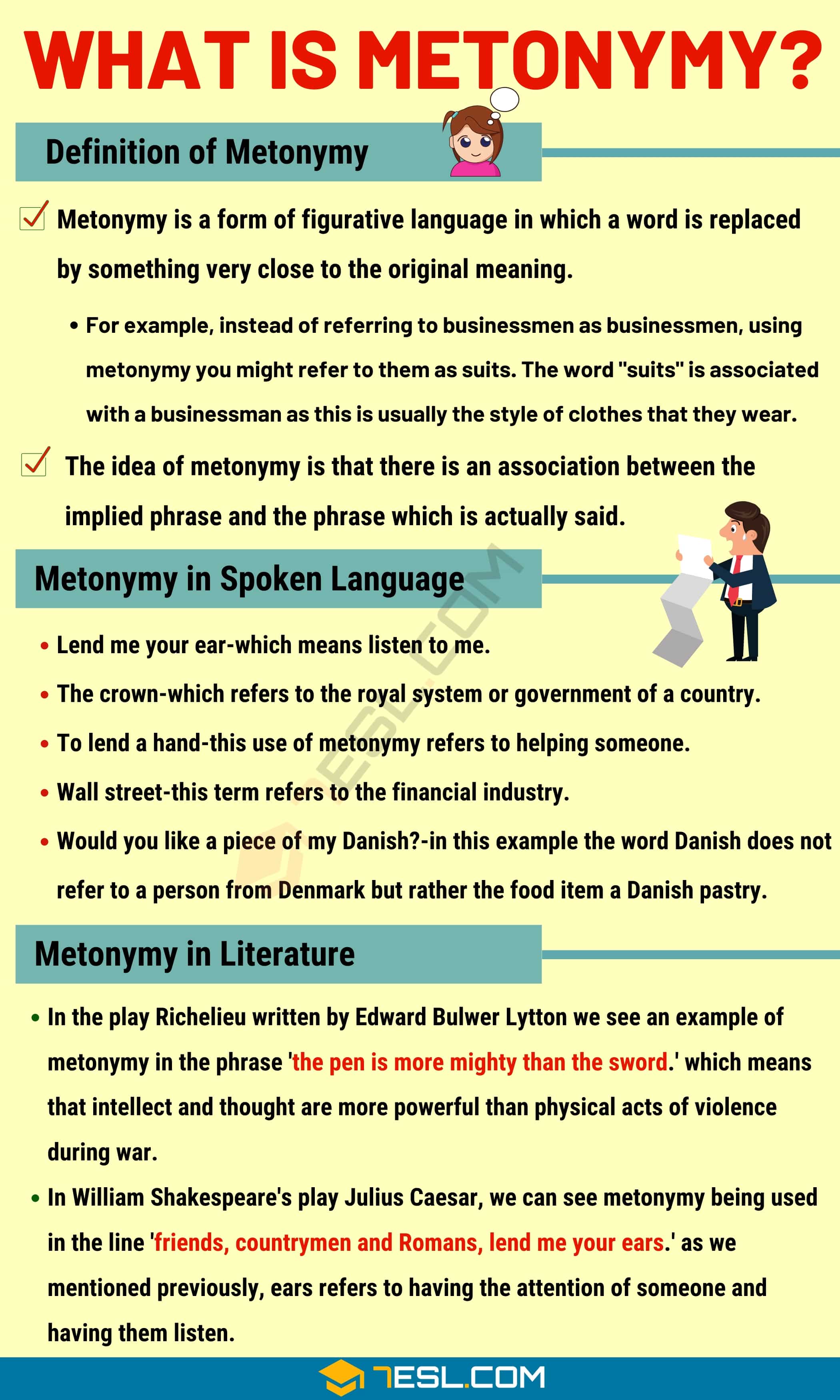 Thank you for sharing ..This explanation about metonymy had been useful.

thanks, it’s been very useful