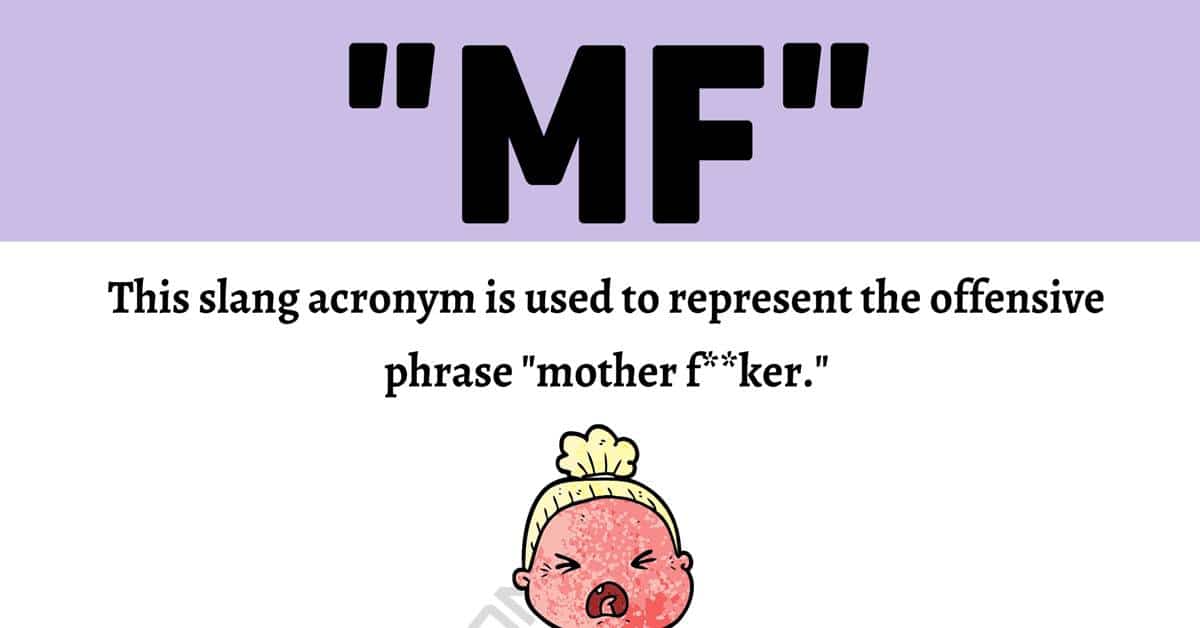 If you don’t know what the acronym “MF” means when used online or in text message then it is a good thing you came here to learn what it means before using it. This term can be extremely offensive, unless it is used in a joking matter where the receiver knows you are only joking. Below, you will not only find the meaning of this term, but you will also find some information about when it was first used and some other meanings as well. Additionally, you will see some example conversations that you can read to see how this term is used properly and you will discover some other words that you can use in place of this acronym to convey the same meaning.

What Does “MF” Mean?

This slang acronym is used to represent the offensive phrase “mother f**ker.”

This slang acronym and the phrase that it represents was first used in the late 19th-century. It was first recorded being used by a U.S. soldier in 1917 when he referred to his draft board as a bunch of “mother f**kers.” It has since been used as a popular, yet off-color, comment. With the dawn of the internet and text messaging, it was reduced to this acronym to make it quicker, easier, and more convenient to type. 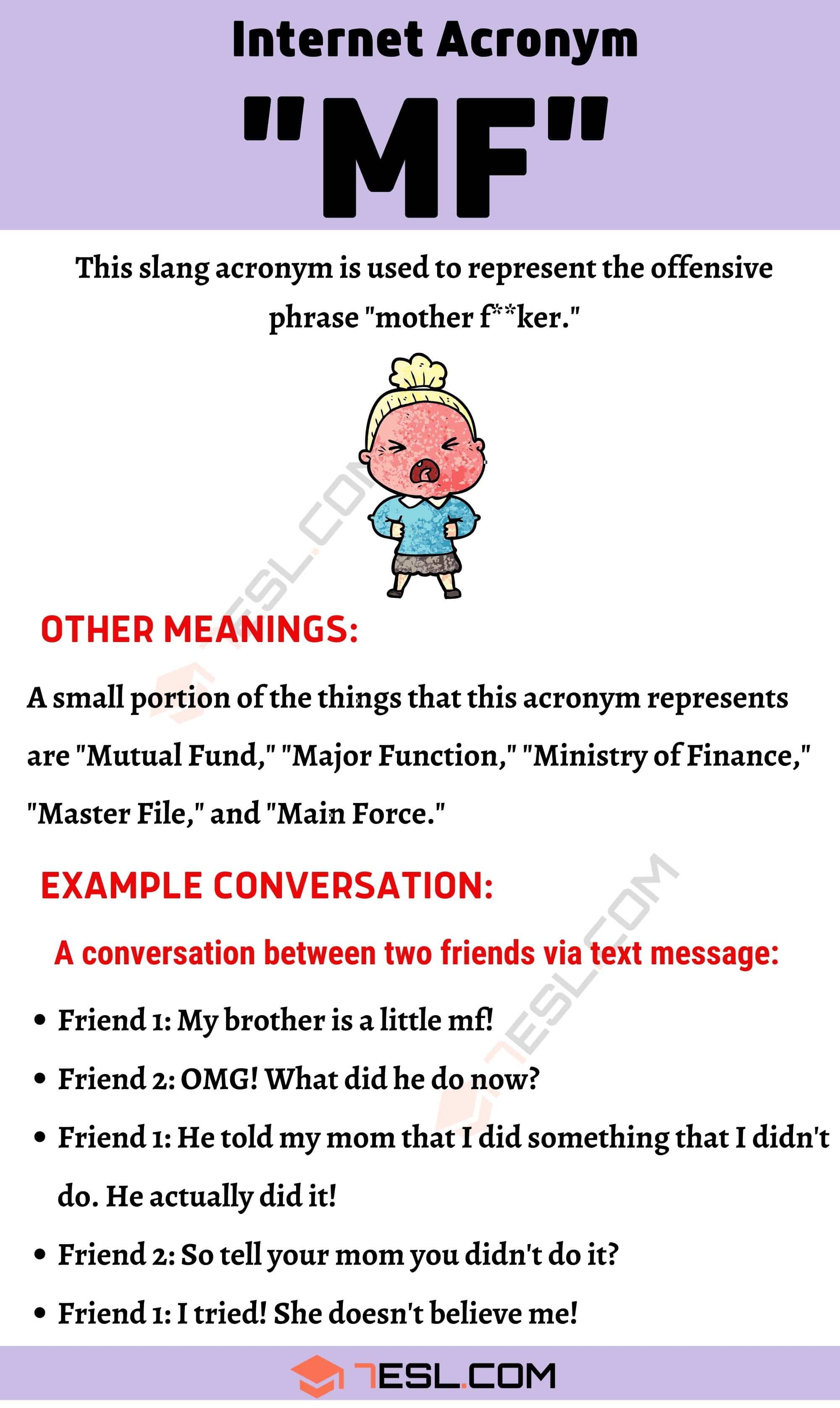