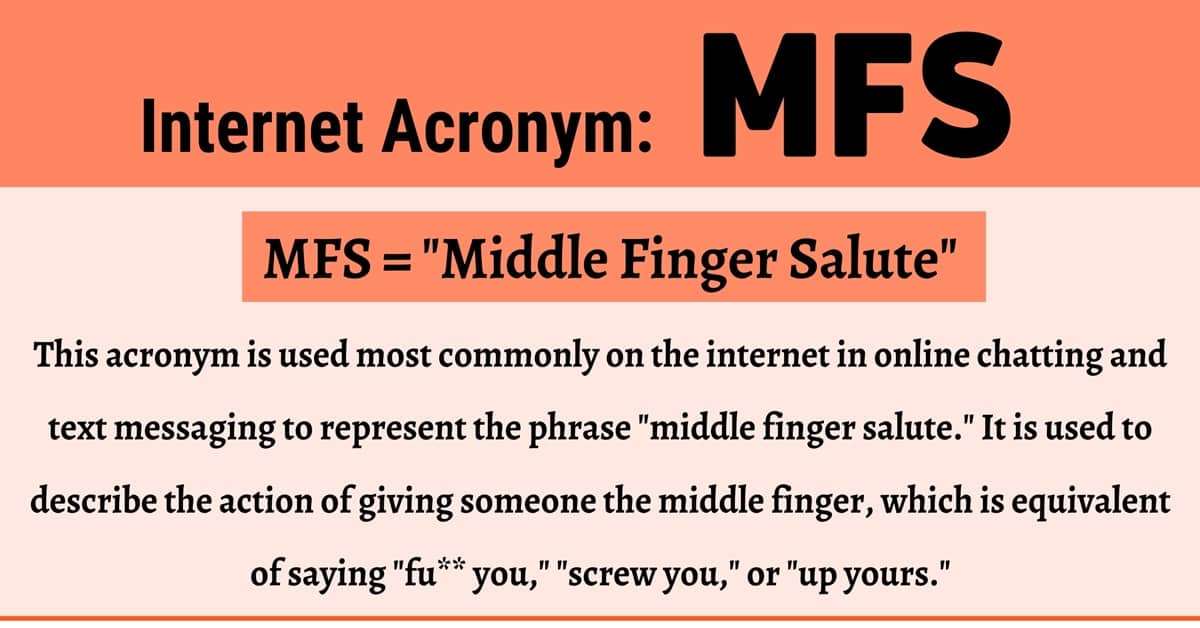 The slang acronym “MFS” is one you should definitely know the meaning of before you try to use it for yourself. This is simply because what it represents is considered offensive. If you have come here searching for the meaning of this acronym, then you need not look any further. Here you will find the meaning of this term and the phrase it represents, details about its origin, and some other alternative meanings. You will also see some example conversations that you can use to see how the term is used correctly in context and gain a firmer grasp on its meaning. Finally, you will see some other phrases that you can use in place of this acronym and the phrase that it stands for that carry the same or a similar meaning.

What Does MFS Mean?

This acronym is used most commonly on the internet in online chatting and text messaging to represent the phrase “middle finger salute.” It is used to describe the action of giving someone the middle finger, which is equivalent of saying “fu** you,” “screw you,” or “up yours.”

Giving people the finger originated in the Ancient days of Rome. “Middle finger” translates from the Latin phrase “digitus impudicus.” This phrase translates to “unclean or unchaste finger.” Due to the meaning of this phrase, giving someone the middle finger was considered offensive. This is where the meaning of giving the gesture derived from.

As is the case with most acronyms, there are many other things that this acronym can be used to represent. Some of these things include everything from random phrases to more specific phrases used to represent official job titles and processes. While it would be too time-consuming to mention everything this acronym could stand for here in this space. Some things it represents in addition to the already mentioned phrase are “Mobile Financial Services,” “Media File Server,” “Multi Function Switch,” “Married Filing Separately,” and “Material Flow System.”

There are many other phrases that you could use to represent the same thought behind the original phrase that is represented by this acronym. Some alternative phrases you could use instead includes: 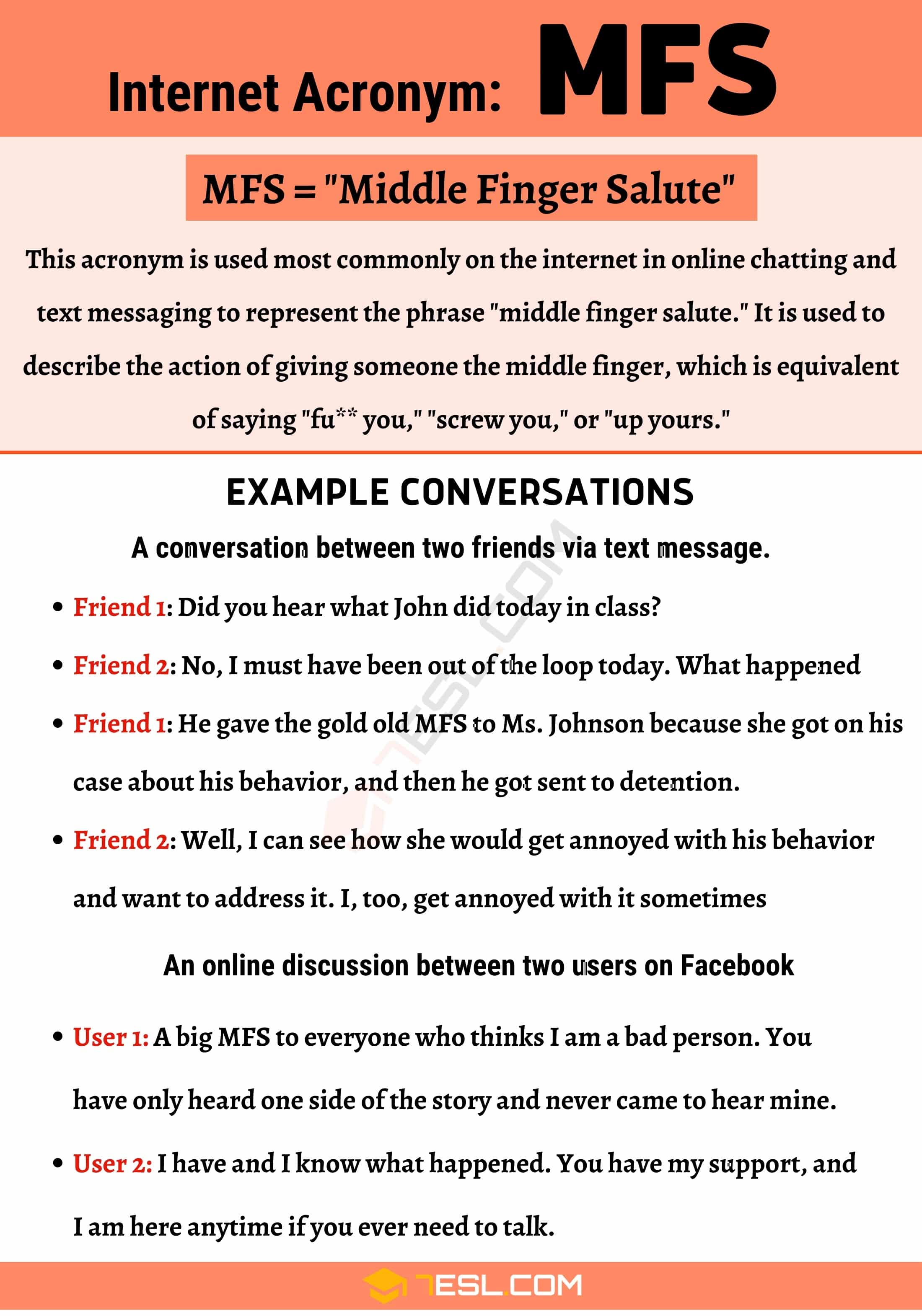