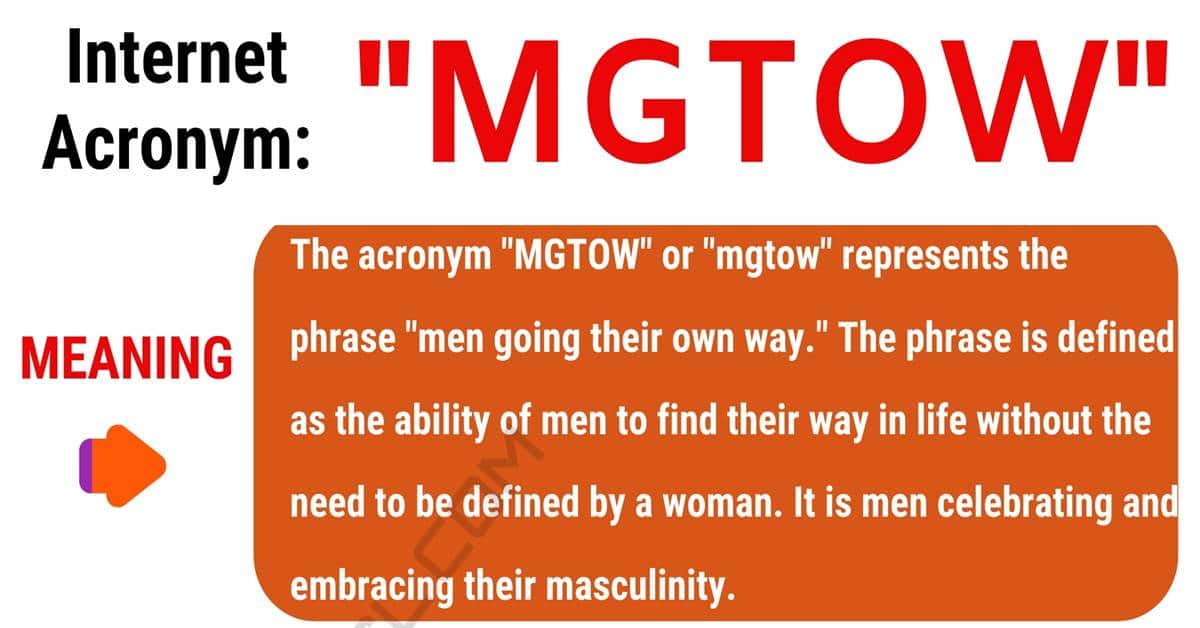 The acronym “MGTOW” or “mgtow” is a much recent slang acronym used in online interactions. If you have seen or heard this phrase recently and have wondered what it means, then look no further than the information below. Here you will find the meaning of this acronym and information regarding its origin. You will also find some other meanings for the acronym if there are any that exist and some example conversations using the acronym in proper context to help you further understand its meaning and how to use it yourself. Finally, you will find some words or phrases that you can use in place of the acronym to still relay the same meaning in conversation.

What Does MGTOW Mean?

The acronym “MGTOW” or “mgtow” represents the phrase “men going their own way.” The phrase is defined as the ability of men to find their way in life without the need to be defined by a woman. It is men celebrating and embracing their masculinity.

The “MGTOW” movement began early in the 2000s as men began to respond to the feminist movement. Members of the “MGTOW” movement uphold the position that they do not need long-term relationships with women or believe in the institution of marriage as they view both to be an abusive situation where women expect men to act a specific way due their masculinity but still want their feminist views respected. Instead, members of this group sometimes no longer engage with women at all for any reason, even for sexual relations. These would be considered the extremists of the movement. The official policy and rules for the group were written by two figureheads of the MRA (Men’s Rights Activism) and adopted officially in 2004 in Hickory, North Carolina.

There are several optional words or phrases that you could use an alternative to the acronym “MGTOW.” Some of these include: 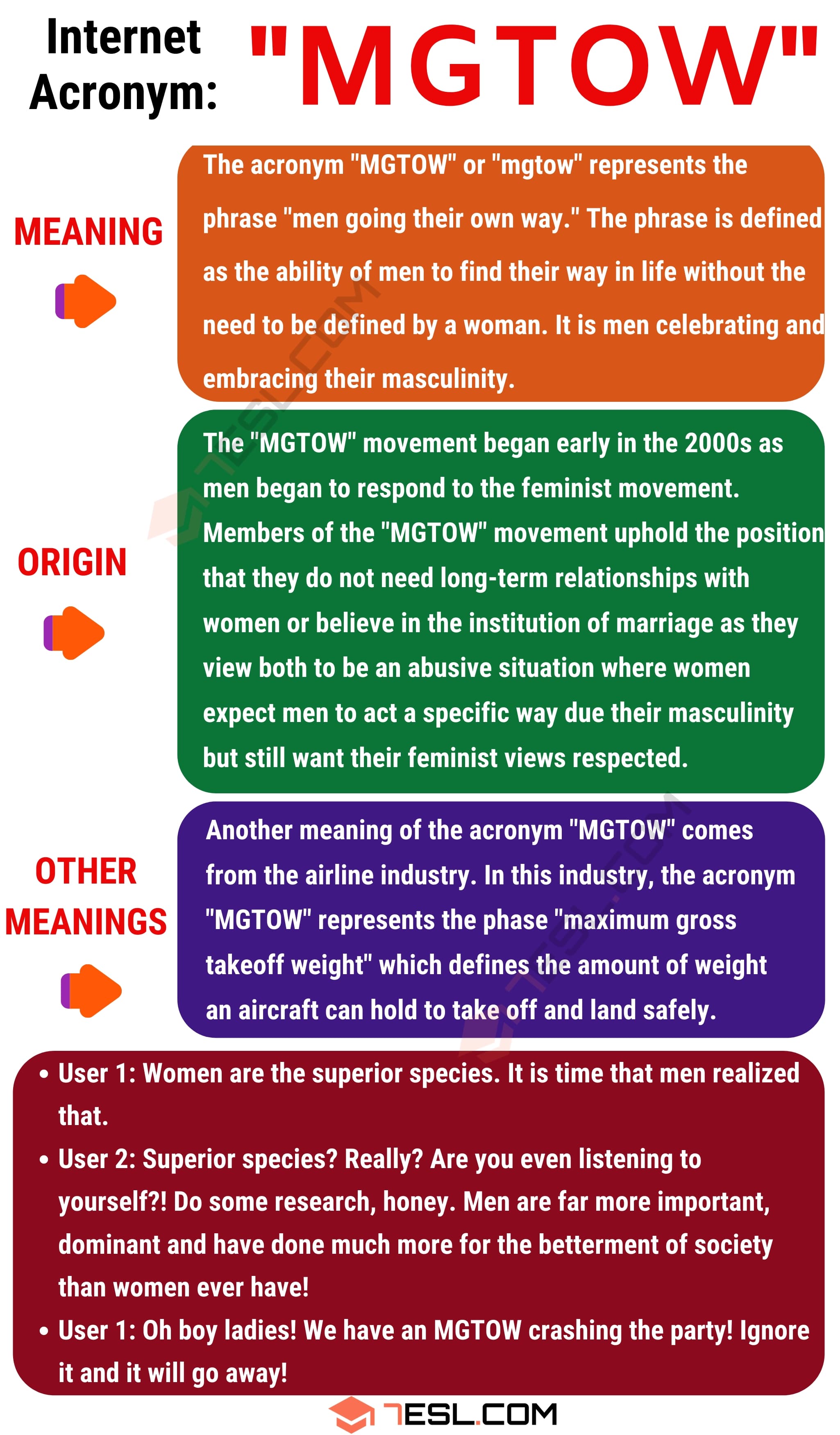 As the acronym indicates, this is a reactive attitude – men feeling, particularly (but probably not exclusively) in English-speaking and French-speaking North America, that all sorts of feminist attitudes, however justified in many ways, have now tilted to balance to the point where all women are hailed as saintly, peaceful, never saying untruths, never manipulative, never corrupt, etc…Even violent behavior and grossly unacceptable social attitudes by women are excused by saying they are in reaction to men or because of their bad example, and any attempt at explaining anything by a male (especially white and older) will be immeditately rejected… Read more »