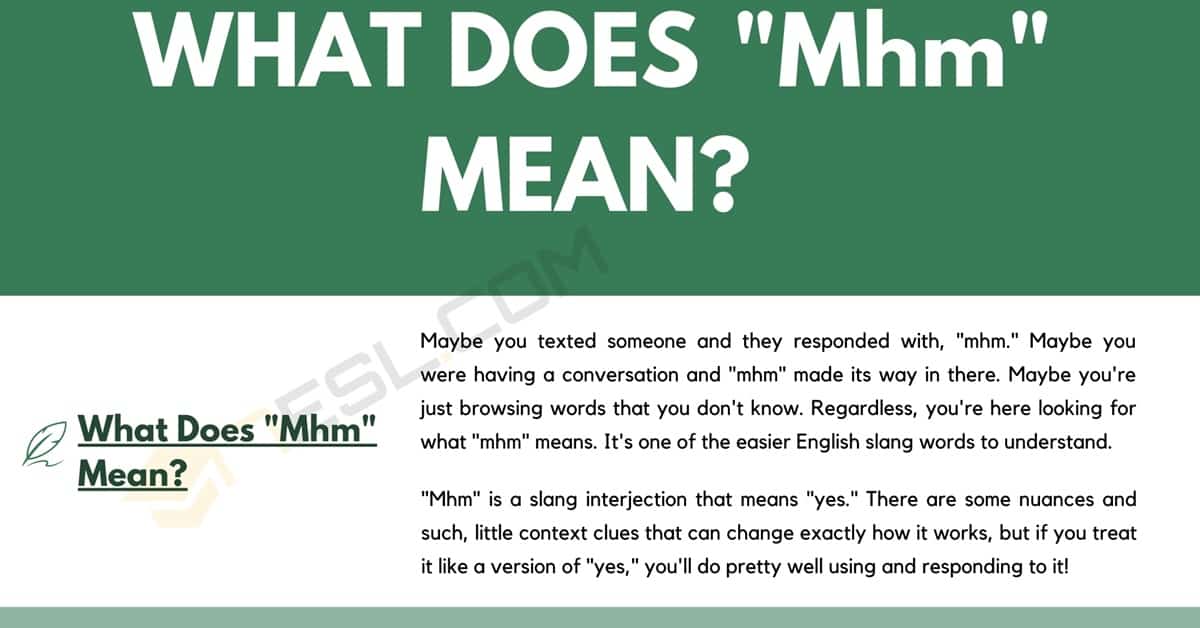 Do you know what the term mhm means and stands for? English is tricky enough on its own, but once you add in slang, colloquialisms, exclamations, and interjections, it can seem downright intimidating! Luckily, we’re here to help. Specifically, this page addresses the word “mhm.”

What Does “Mhm” Mean?

Maybe you texted someone and they responded with, “mhm.” Maybe you were having a conversation and “mhm” made its way in there. Maybe you’re just browsing words that you don’t know. Regardless, you’re here looking for what “mhm” means. It’s one of the easier English slang words to understand.

“Mhm” is a slang interjection that means “yes.”

There are some nuances and such, little context clues that can change exactly how it works, but if you treat it like a version of “yes,” you’ll do pretty well using and responding to it!

“Uh-huh” has long been a sound of agreement, at least in English. If you try to say it with your mouth closed, it sounds like “mm-hmm.” From there, as language tends to do, it’s shifted more commonly in writing to shortened versions of the same noise. This includes “mhm.” Another very common version of the word is “mhmm.”

Other Meanings and Nuances

Being slang, “mhm” can be used in a lot of ways that aren’t necessarily literal. Sometimes it’s used sarcastically. More often than that, it’s used with extra letters stressed to indicate the same as, “Yes, duh,” or, “Yes, obviously.”

A lot of people use “mhm.” In America, even people who prefer not to type it often end up saying it out loud. It’s such a common way to indicate a “yes” or agreement that most people who use it don’t even stop to think about it.

When to Use “Mhm”

You can use “mhm” most times you mean “yes” if you’re in an informal situation. You can use this for friends or family or for people around your age or younger. Avoid it or use it with caution if you’re speaking to a teacher, boss, elder, or anyone else who you might speak more formally with.

The following are some examples of how to use “mhm.”

Since it’s usually used as a response, “mhm” isn’t used too often as a statement. When it is, though, it might look something like these:

Conversationally, “mhm” can be used in a wide variety of ways.

Note the stressed letter in the last example, used for emphasis. In this response, either it’s been a long time since eating, so it’s obvious that the person needs to eat again, or the person is very hungry and wants to make that obvious.

If you’re in a situation where it’s not appropriate to use slang, you can instead use “yes.” You can also use other affirmative phrases, like, “I agree,” or “I would like that,” as appropriate to the conversation. It’s also good to use a full word rather than a sound if it’s particularly important the other person understands what you’re saying.

What Does “Mhm” Mean and Stand for? | Image 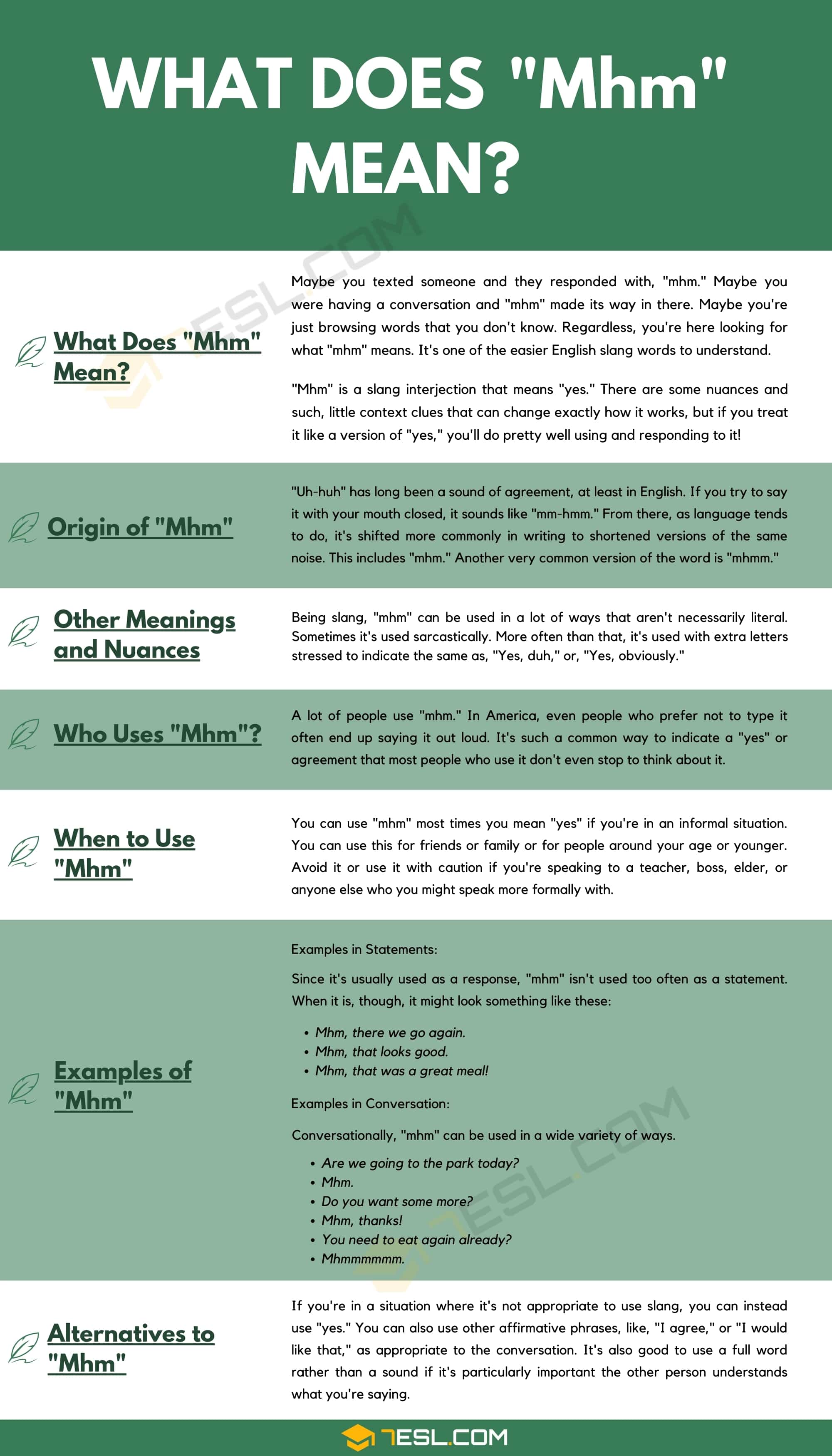