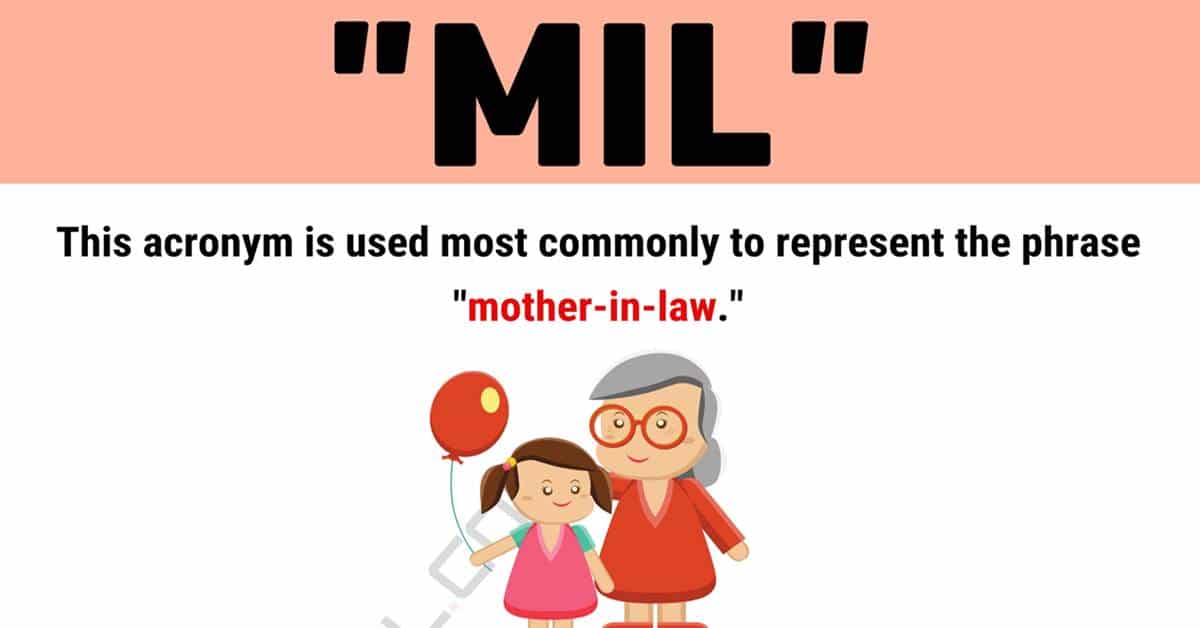 The acronym “MIL” is one that you may hear often on the internet, in text messages, and regular face-to-face communication since it represents a common person in almost everyone’s life. Here you will find the meaning of this term, the origin of the phrase it most commonly represents, and some other meanings. You will also have the opportunity to read through some example conversations to help you better understand the term. Finally, you will see some other ways you can present this phrase and have it still mean the same thing.

What Does “MIL” Mean?

This acronym is used most commonly to represent the phrase “mother-in-law.” Your mother-in-law is the mother of the man/woman you choose to marry and inherits the same rights as those of your biological mother.

The phrase that this acronym represents was first used in the 14th or 15th century and is derived from the Middle English phrase modyr in lawe. The phrase was shortened to be represented by this acronym with the dawn of the internet and text messaging to make it quicker, easier, and more convenient to type rather than typing out the entire phrase.

There are many other meanings of this phrase mentioned on the internet. When used as a standalone term, it can mean a unit of measurement or someone who is god-like. As an acronym, it can stand for many things too numerous to mention them all here. Some of the things it can represent are “miliary,” “malfunction indicator light,” “media integration layer,” “master inventory list,” and “maximum insurance limit.” These are just a small handful of examples.

There are several synonymous phrases that you could use to represent the phrase that this acronym stands for. Some of the other things you could say, depending on the context, include: 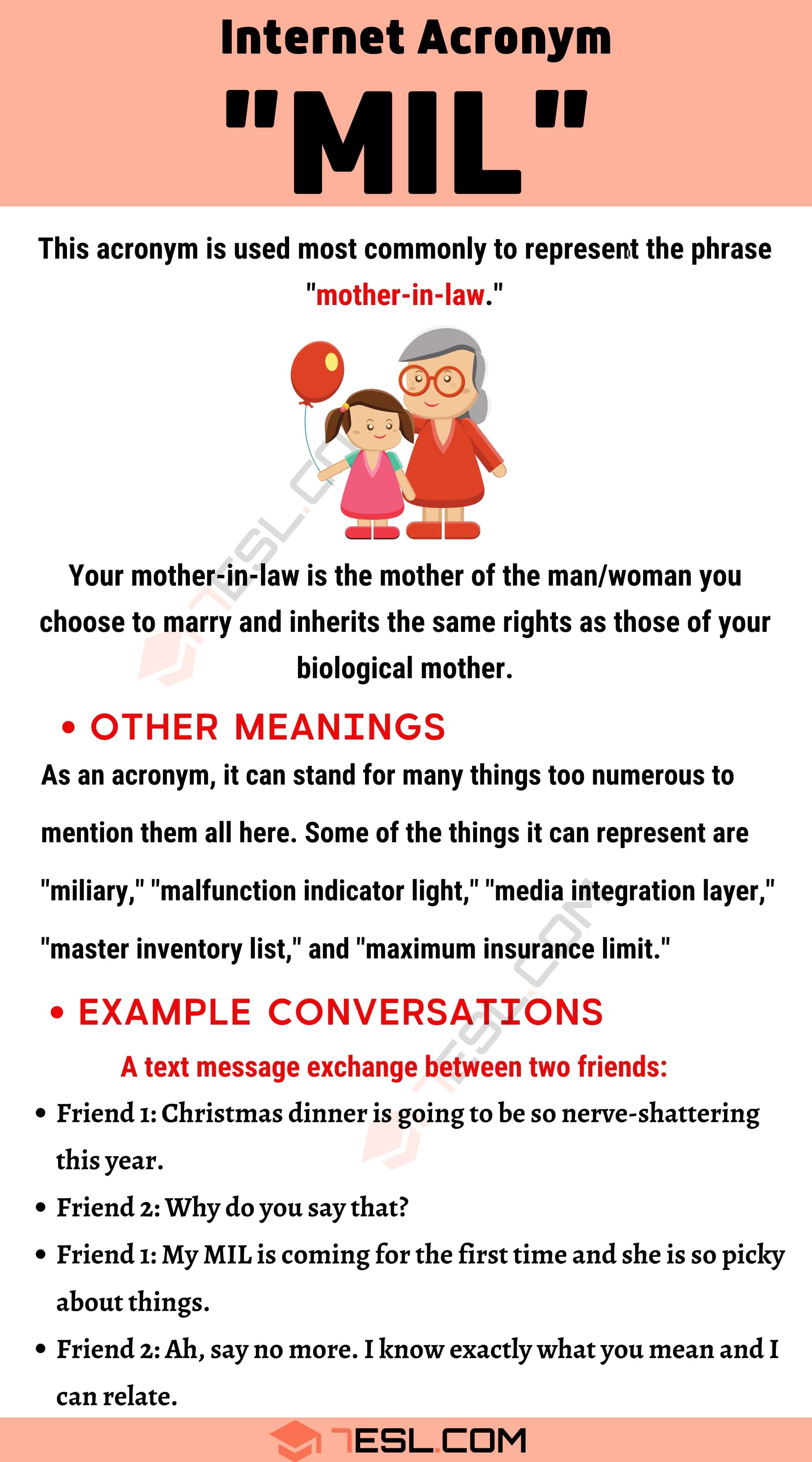