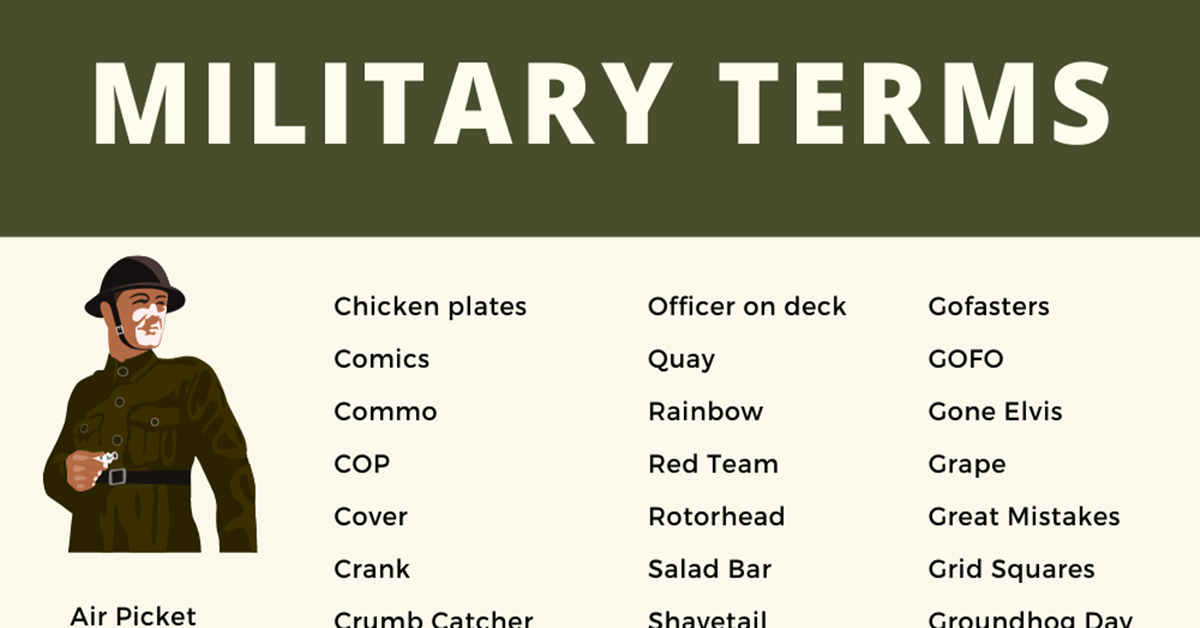 What are military terms? Military personnel has their slang and jargon that they use to communicate with one another. Faster communication is facilitated by this method.

If you join a US military post, you’ll need to know a few basic military phrases to grasp the regulations and terminology. Here are words you should be familiar with if you want to join the military.

Those serving in the Army, Navy, Marines, and Coast Guard employ military words understood by all branches of the armed forces.

Depending on the branch, some of this jargon may be exclusive to the members of that branch. In some instances, the issues might be more fundamental and applicable to all military branches. It is possible to convey a specific meeting place or a drill instruction using military jargon.

Dittybopper: The Army phrase “ditty bopper” has two distinct meanings. An intelligence radio operator may receive a Morse code signal, or a soldier may be out of time with the rest of the troops.

G.I. Joe: G.I. Joe is the most probable source of the name “Joe,” which describes an Army soldier.

Snake eater: A member of the US Army’s elite special forces known as a “snake eater.”

Anymouse: Box for anonymously dropping in any comments or concerns seafarers may have while on board the ship.

Galley: A ship’s galley is its equivalent of a home kitchen.

Officer on deck: The person assigned the responsibility of steering the boat.

Sleek sleeve: A sailor on a Navy ship who has crossed the equator successfully. In the navy, the term refers to someone still working their way through the ranks. As you progress through the ranks, you’ll acquire new decorations for your sleeve.

The base of fire: The situation arises when many troops are engaged in a firefight with an enemy. The firebase will provide supporting or covering fire while infantry uses their weapons.

Big voice: An announcement was made over the loudspeaker, which was heard. In addition to warning troops of oncoming assaults, the system will also inform them of the timetable of future explosives and where and when to take shelter in the event of an attack.

COP: This is a combat outpost, a smaller facility housing between 50 and 150 troops. It’s frequently located in a region regarded as hazardous or unfriendly. Many troops constantly patrol the COP to keep intruders at bay.

Cover: Protection from hostile assaults and gunfire is provided by a cover.

Hardened site: The underside of a defensive structure is often employed for cover. Soldiers often build these fortifications under solid ground, such as concrete or solid rock. Explosives, firearms, and other forms of armament and assault are all common targets for their employment.

IDF: This is a code word for “indirect.” Troops often use this phrase when an opponent has taken action and shot at them.

IED (Improvised Explosive Device): These weapons feature unpredictable explosions. They may come in various sizes and forms and are often less costly. Some are around the size of a Coke can, while others are about the size of a car. They may go off by touching a button or triggering the pressure sensors.

Kinetic: When describing a hostile environment, this phrase is often used.

MEDEVAC: The term medivac is another way of saying this. This occurs when a person gets injured and has to be rescued by a vehicle or aircraft.

Squirter: It’s common for this to reference an opponent fleeing an assault.

Zone of action: To put it simply, this is one of the smaller rooms in the bigger space. It’s usually provided with a set of parameters to work within. A specified area for assault, cover, or any other military activity is typically given to troops. 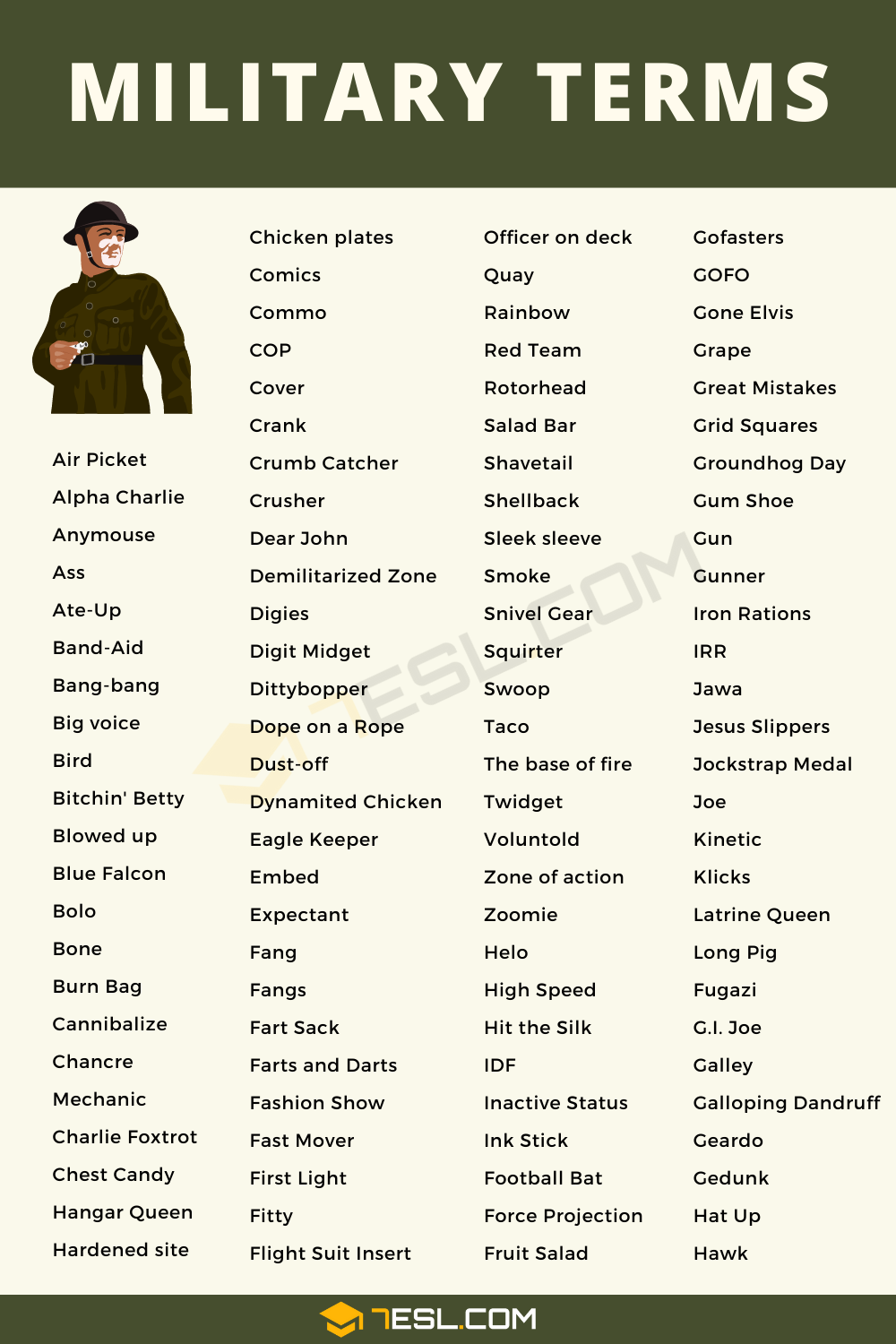