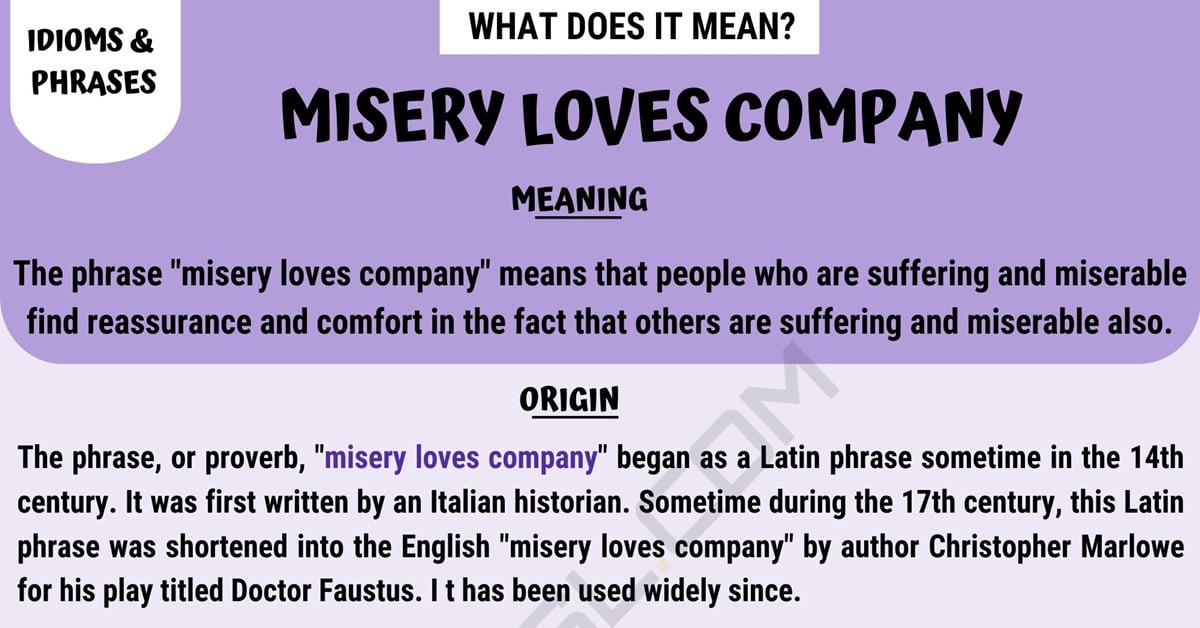 The idiomatic phrase “misery loves company” is a phrase that you may encounter frequently. In the sections to follow, you can discover the definition of this phrase and its origin story. You will also see some sample conversations and statements that will aid you in seeing how the phrase is used properly in everyday communication and you will also gain knowledge of how to say this phrase using other terms while still stating the same meaning.

The phrase, or proverb, “misery loves company” began as a Latin phrase sometime in the 14th century. It was first written by an Italian historian. Sometime during the 17th century, this Latin phrase was shortened into the English “misery loves company” by author Christopher Marlowe for his play titled Doctor Faustus. It has been used widely since.

A statement made by a celebrity when asked during an interview about her closest childhood friend.

A statement made by a local school official about his feelings of social media.

A conversation between two good friends over dinner.

A conversation between two co-workers regarding another co-worker in the office.

Some alternative ways you can say this phrase include: 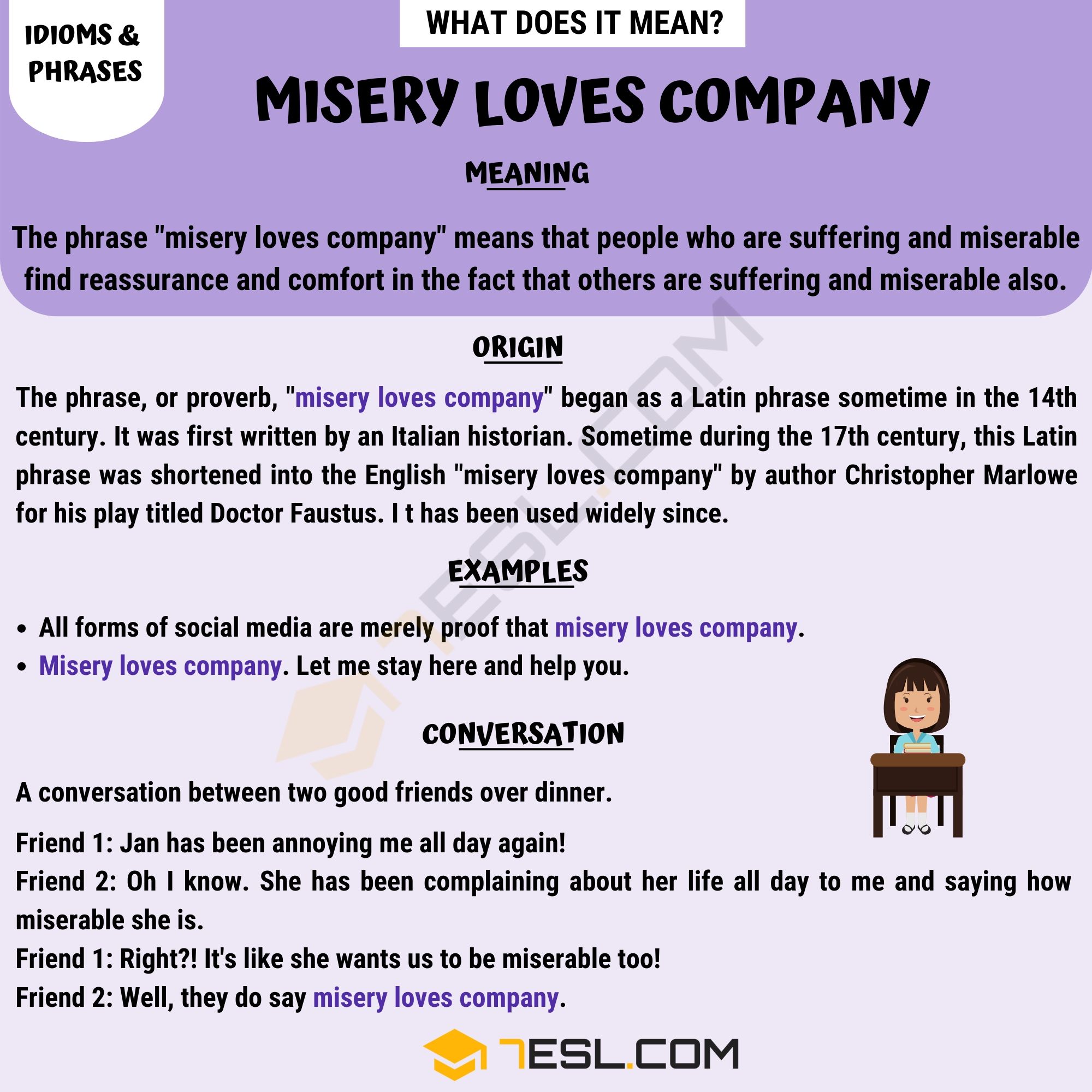