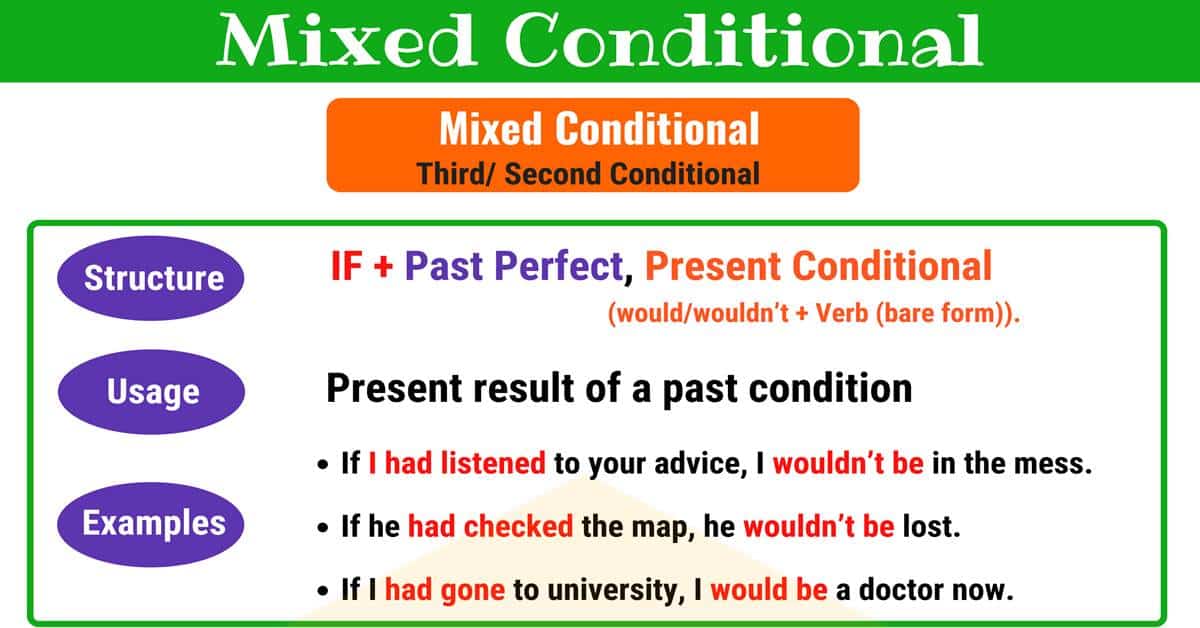 Mixed Conditionals! In many English conversations, you might see the use of a mixture of conditionals and this is known as a mixed conditional sentence. This means that the speaker is referring to an event which may or may not have happened in the past which are hypothetical. For example, ‘if I had done my homework, I wouldn’t be in detention right now.’

In this section, we are going to be looking at how we can use the mixed conditional as well as the rules surrounding its use, giving us a clearer picture of when to use it.

What Are Mixed Conditionals?

The mixed conditional describes present result of a past condition.

We use the mixed third/ second conditional to express that if something had been different in the past there would be a present result.

The mixed conditional describes past result of a present or continuing condition.

If + Past Simple, Perfect Conditional (would/wouldn’t + have + Past Participle).

We use the mixed second/ third conditional to express that due to certain present conditions something already happened in the past.

In these mixed conditional sentences, you can also use modals in the main clause instead of would to express the degree of certainty, permission, or a recommendation about the outcome. 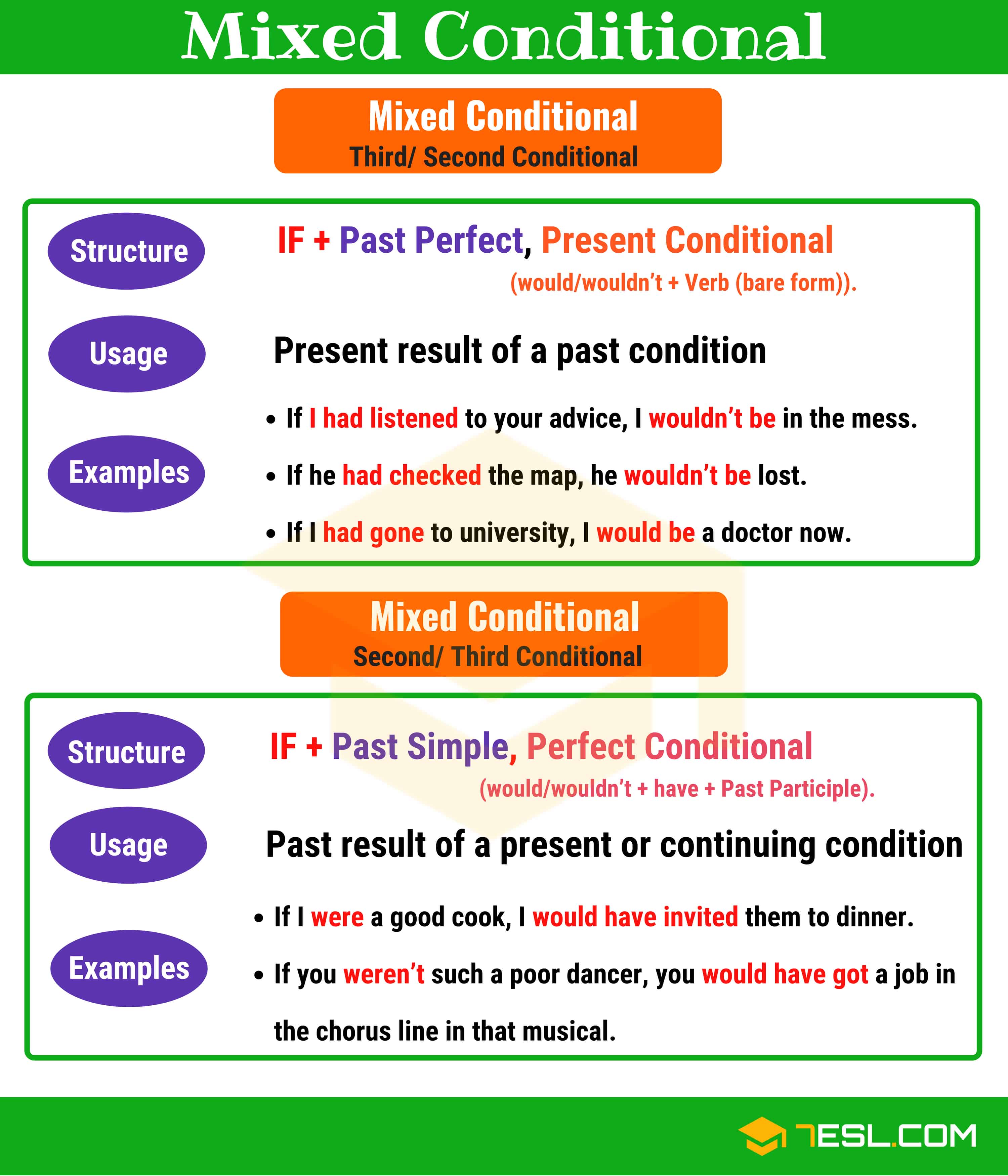 If he’d gone to university, he might have a better job.
Here instead of had gone we should’ve used went as per mixed conditional tense

fac me
Reply to  Ankesh

Great man you are great you saved me, Yhanks very much

Perfect. I often use your guidance. I appreciate it 🙏🏻💜💙💚

what about past action is followed with a present perfect result? for example İF I had accepted their job offer, I ……… living here for 4 years now. what can be written into the blank? would have been? could have been ? may be? could be? thx in advance