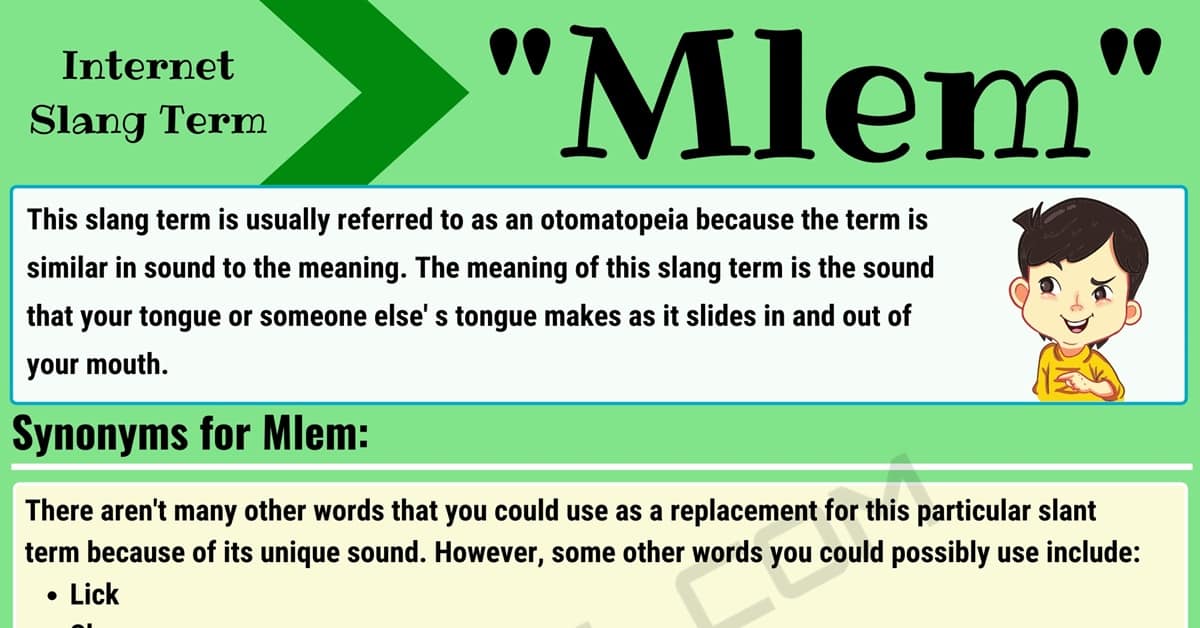 The slang term “mlem” is not one that is used often in any form of conversation. However, odds are you had the experience of hearing it and came here to discover what it means. Well, look no further for you have reached your final destination.

Below, you will find the meaning you are searching for, the story of its origin if those details could be found, and some other meanings it there are any. Sample conversations are here for you to read over as well so you can see how the term is used in context. Finally, a list of synonyms is provided so you can know what words are alike and can replace this initial term without feeling any guilt.

What Does Mlem Mean?

This slang term is usually referred to as an otomatopeia because the term is similar in sound to the meaning. The meaning of this slang term is the sound that your tongue or someone else’ s tongue makes as it slides in and out of your mouth.

There is no specific details to be found regarding exactly where and when this slang term was first used. However, it can be said with certainty that it has been user in the manner described in the meaning above since at least 2015.

A conversation between girlfriend and boyfriend.

There aren’t many other words that you could use as a replacement for this particular slang term because of its unique sound. However, some other words you could possibly use include: 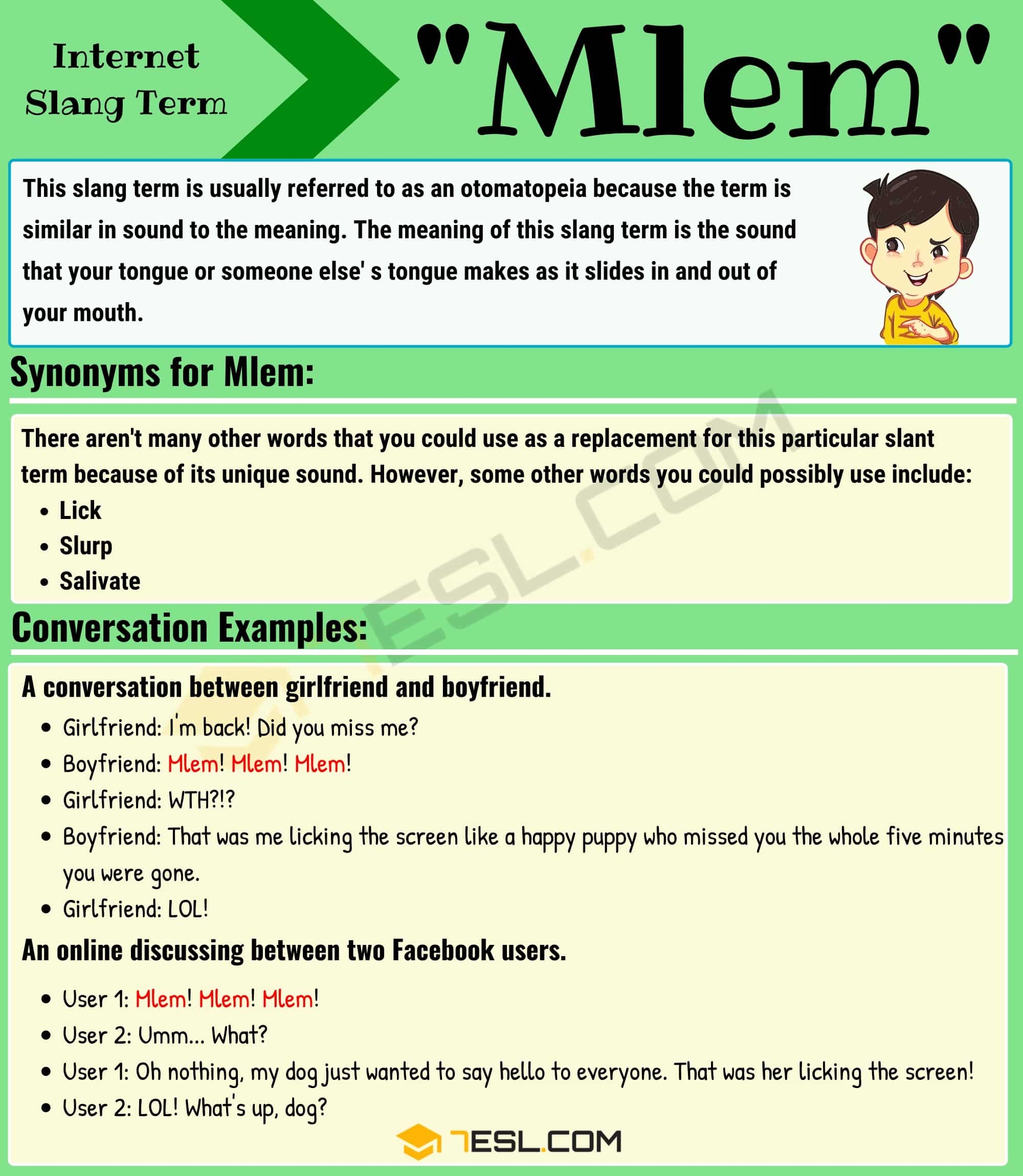 “This slang term is usually referred to as an otomatopeia…”
Change that first t to an n, onomatopoeia. The word is from classical Greek roots, literally “making a name”. The way you typoed it here means “making an ear”!