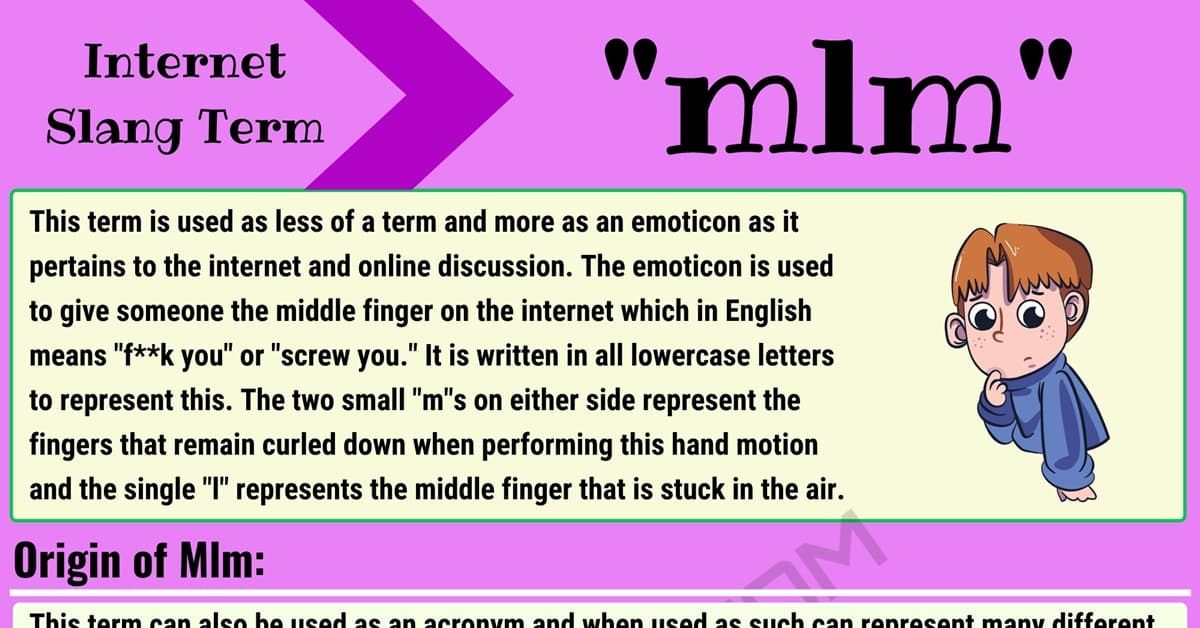 While you might be thinking that “mlm” is most commonly used as an acronym to represent a phrase, you would be mistaken. Although it sometimes is used for this purpose, the term is more likely to be used as a form of expression in online and text conversation. Here you will find the meaning of this term and the story of its origin if there is information to be found.

You will also see some alternative meanings of this term and be able to read through some example conversations to help you better understand the term and how it is used correctly. Finally, you will see some synonymous words or phrases that you would be able to use in place of this term to convey the same meaning.

What Does mlm Mean?

This term is used as less of a term and more as an emoticon as it pertains to the internet and online discussion. The emoticon is used to give someone the middle finger on the internet which in English means “fu** you” or “screw you.” It is written in all lowercase letters to represent this. The two small “m”s on either side represent the fingers that remain curled down when performing this hand motion and the single “l” represents the middle finger that is stuck in the air.

Information regarding the exact origin of this emoticon is not known. However, most emoticons were developed with the dawn of the internet and came from Japanese culture. The middle finger has been used since at least 423 BCE as an insult and is still one of the most popular insults used today. Therefore, it was most likely developed so people on the internet had a way to emote before the use of emojis.

There are several synonyms that you could use to replace the use of the emoticon. Some of the synonymous phrases you could use include: 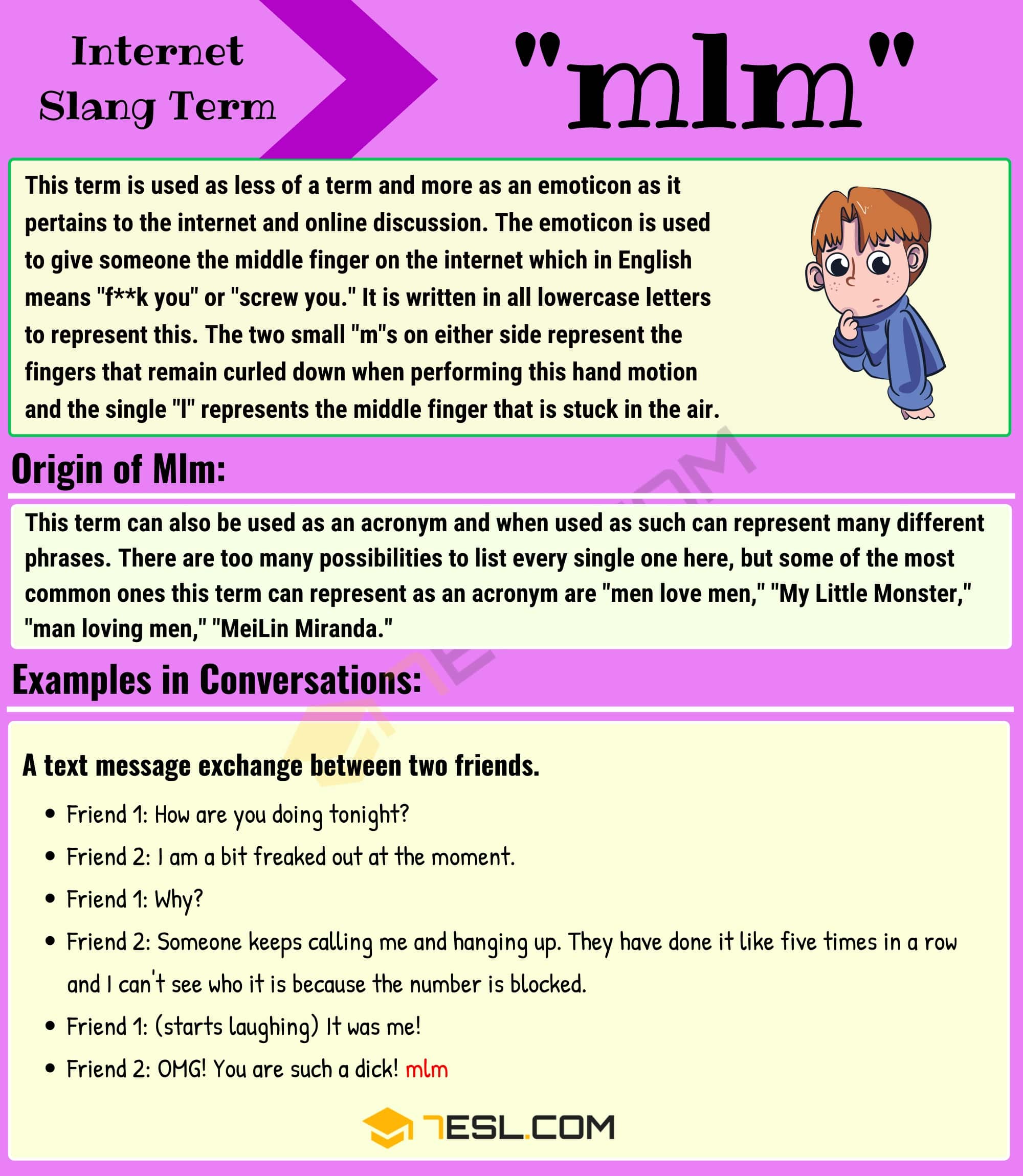