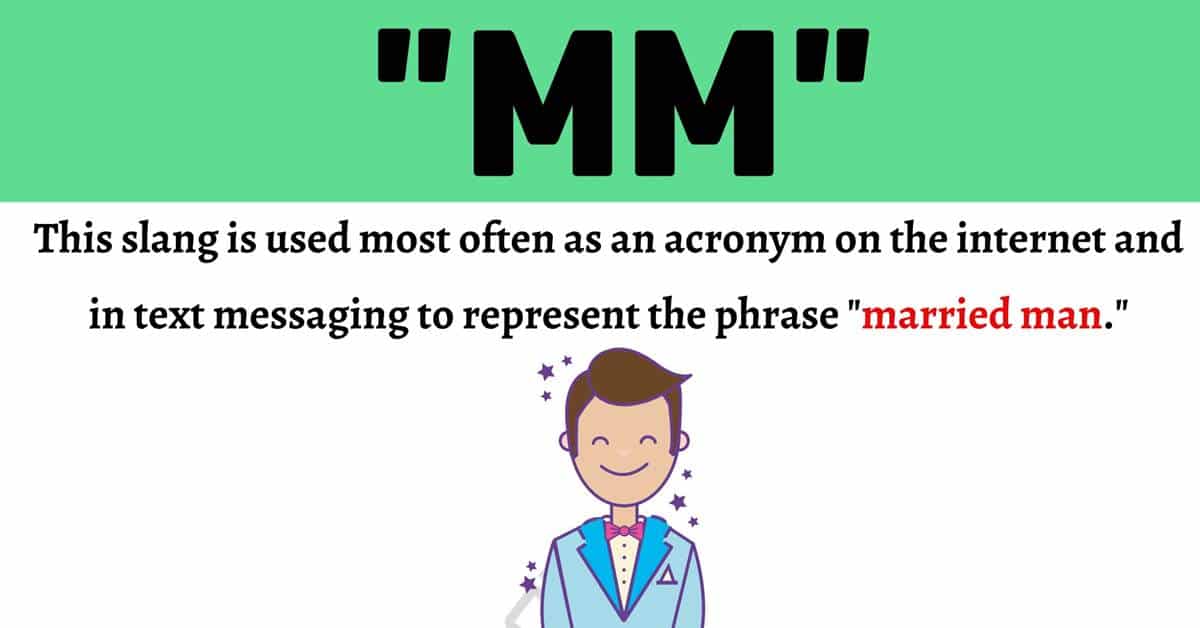 The slang “MM” is an acronym that can be used to represent many things depending on the situation and the context it is used in. If you saw this acronym used on the internet and were unable to determine what it meant, then you are lucky to have come here. Below, this article will focus on the most popular representation, that phrase’s meaning, and other meanings that exist as well. Example conversations are given here as well so that you are able to see how the term is used in correct context and to hopefully help you gain a better understanding of the phrase this acronym represents. Finally, you will learn some synonyms that can be used to replace this acronym and the phrase it represents without changing the meaning of what you are trying to convey.

What Does MM Mean?

This slang is used most often as an acronym on the internet and in text messaging to represent the phrase “married man.” The phrase is typically used by a side chick to refer to the guy they are with if they are in a relationship with while the guy is still married to someone else.

The act of marriage, and thus the title of someone being a married man or married woman, dates back to 2350 B.C. when the practice of matrimony first took place. However, the first usage to describe a married man according to the meaning stated above is unknown.

As is the case with most acronyms and abbreviations, this one can also be used to represent many other phrases, titles, etc. There are way too many options to make mention of them all here. However, some other things that this acronym may be used to represent are “Materials Management,” “Money Market,” “Mass Media,” “Mixed Media,” and “Moving Magnet.”

There are some words or phrases that share similar meanings to this original phrase and because of this they can be used interchangeably with it. Some other words or phrases you could use include: 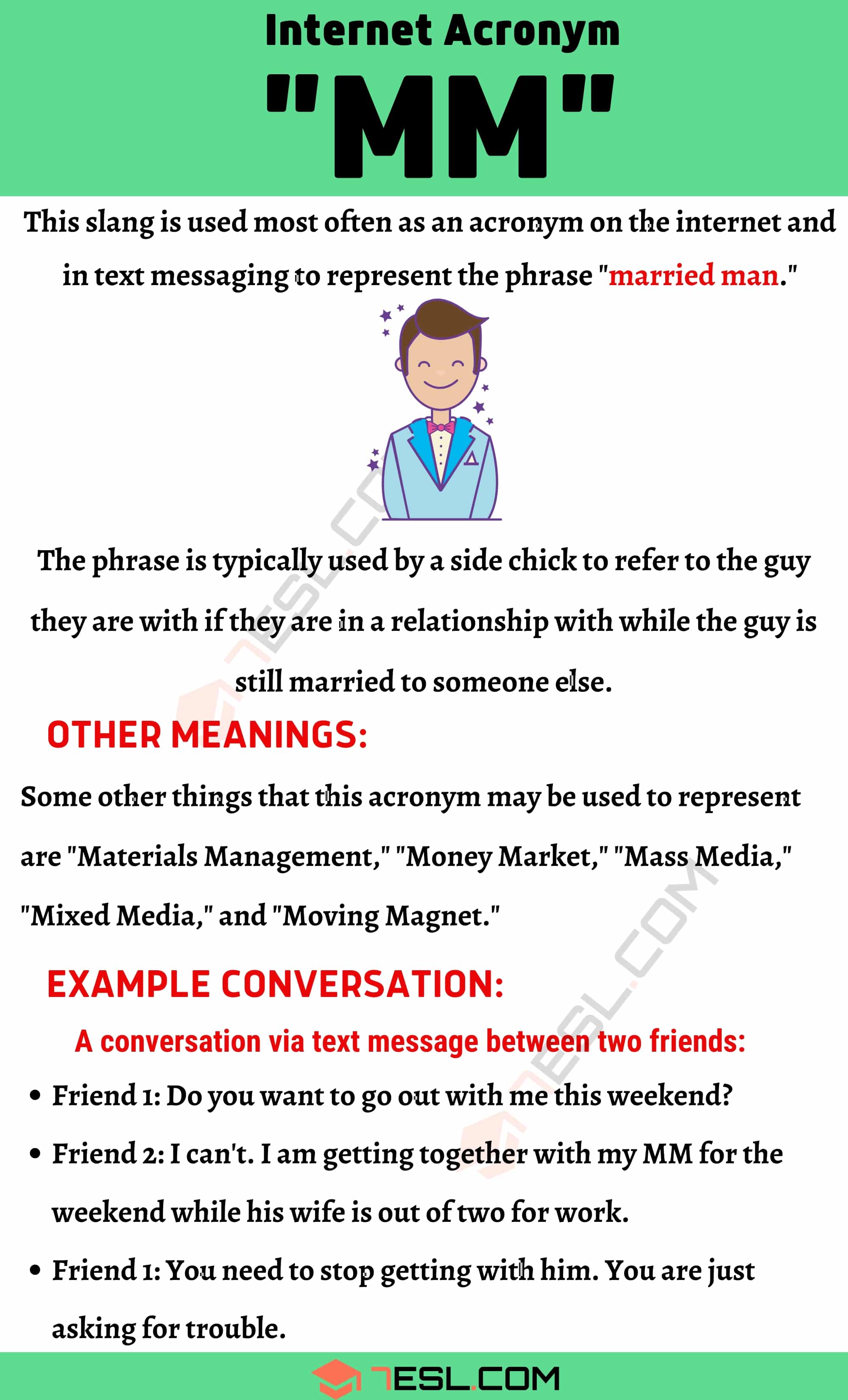