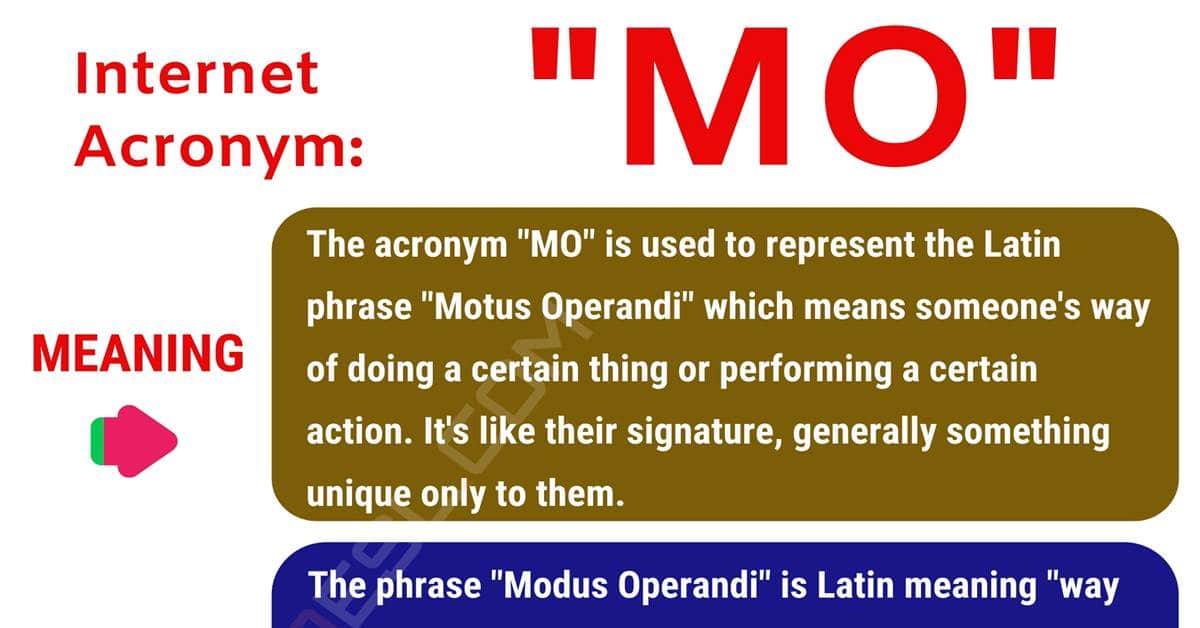 The acronym “MO” is well-known and used widely both on the internet and as a part of everyday conversation. If you have heard or seen someone use this term and were wondering what it meant, then you have reached your destination. Here you will find the meaning and information regarding the term’s origin. You will also explore some other meanings of the term if there are any and see some example conversations using they term properly to help you better grasp the meaning of the term through context. Finally, you will see some words or phrases that you can use in place of the acronym “MO” that will still convey the same meaning.

What Does MO Mean?

The acronym “MO” is used to represent the Latin phrase “Motus Operandi” which means someone’s way of doing a certain thing or performing a certain action. It’s like their signature, generally something unique only to them.

The phrase “Modus Operandi” is Latin meaning “way of operation.” The phrase itself was first recorded in writing during the 1650s. The acronym “MO” to represent this phrase wasn’t used until much later in 1955.

There are many words or phrases that you could use in place of the acronym “MO” to convey the same meaning. Some of these include: 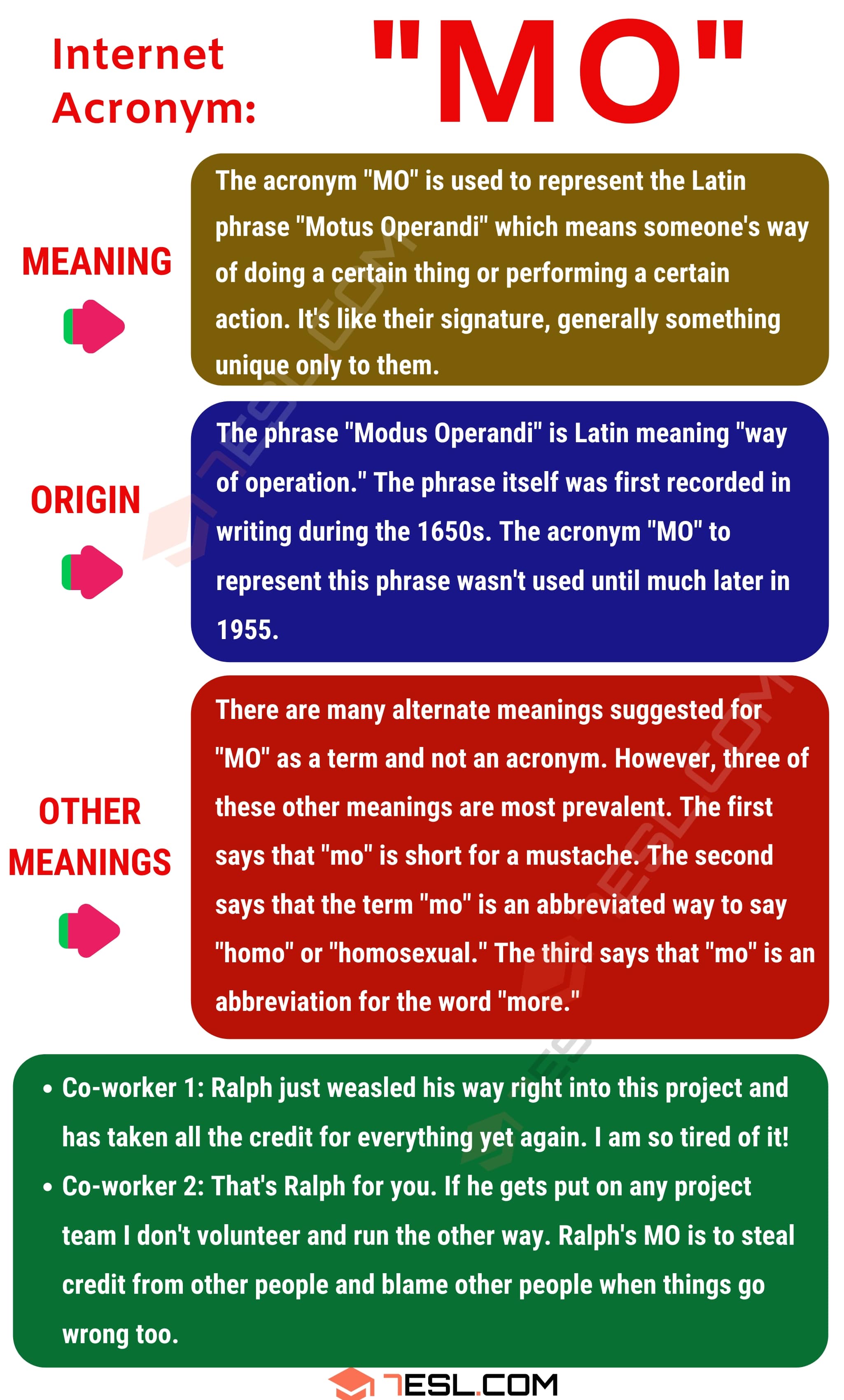