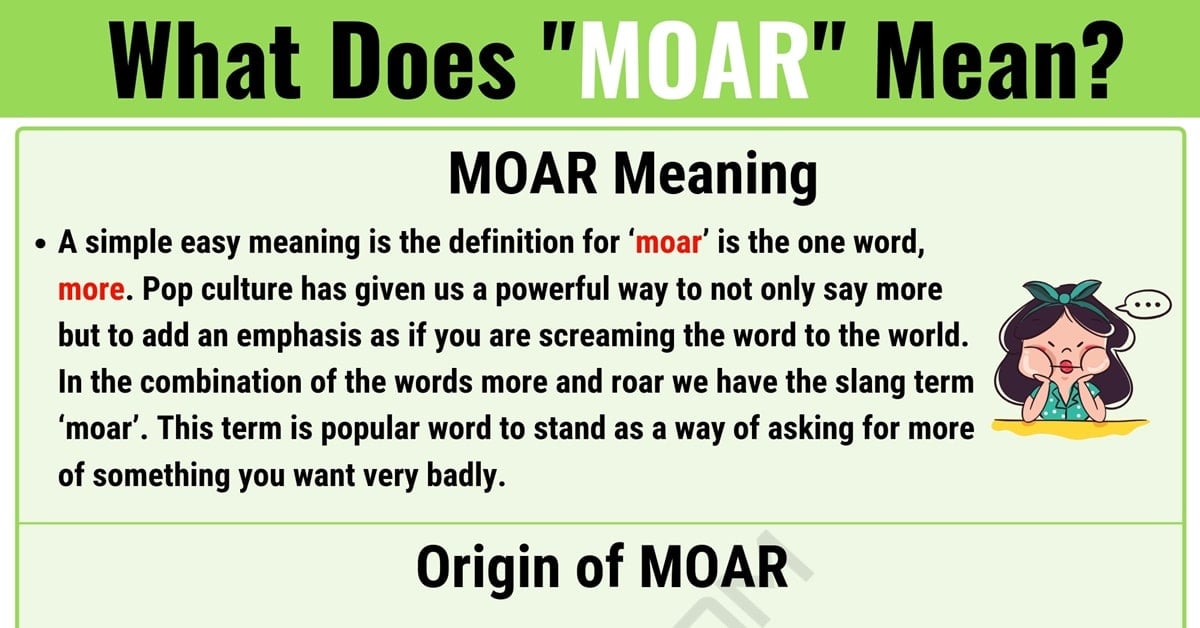 What does MOAR mean? Are you looking for the definition of this texting acronym? This article explains how to use this internet slang term with useful conversation examples and ESL infographic.

Here you will not only discover the meaning of this term, but you will also find information about its origin and see some optional meanings if there are any to be had. Additionally, you will also see the term used in some example conversations in hopes that seeing it used in context will help you to better understand the word.

What Does MOAR Mean?

A simple easy meaning is the definition for ‘moar’ is the one word, more. Pop culture has given us a powerful way to not only say more but to add an emphasis as if you are screaming the word to the world. In the combination of the words more and roar we have the slang term ‘moar’. This term is popular word to stand as a way of asking for more of something you want very badly.

Where the origin of ‘moar’ began may be a hidden concept, one of the first sightings of the word came as early as the 1990s. Late in the year the word was seen in a fanfiction comic entitled, “Wun Moar Rude Person Storee”. It may have been a simple misspelling of the actual words, but no one really knows for sure. It is often considered part of a culture known as ‘lol speak’ (Ironic, cute misspellings).

Here is an example of how ‘moar’ is used.

You will find it commonly used in texting as a way to scream with excitement.

There are really no other alternative words or phrases that you could use to replace the phrase “Moar” since it is the combination of the words more and roar, even if it is a humorous one. 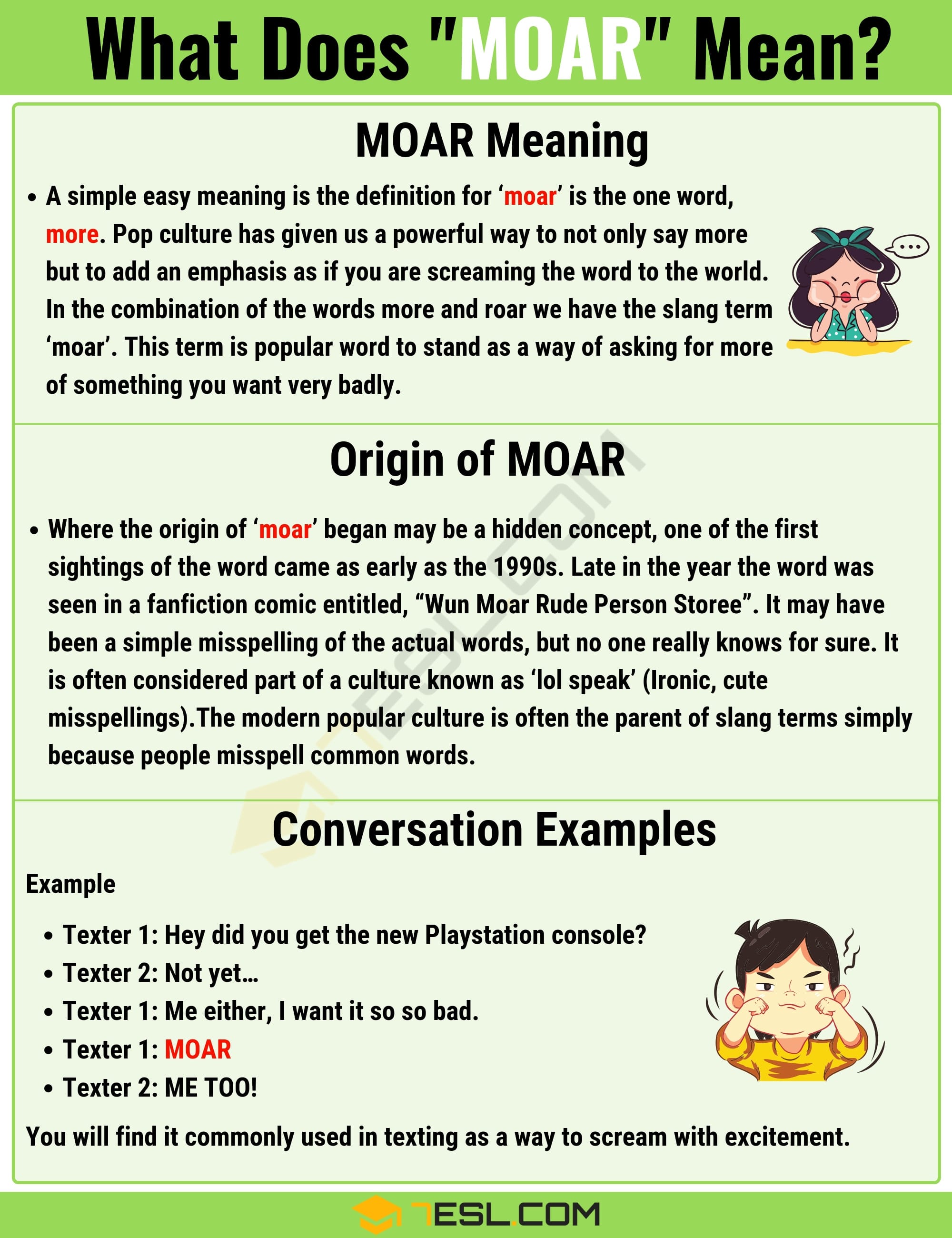