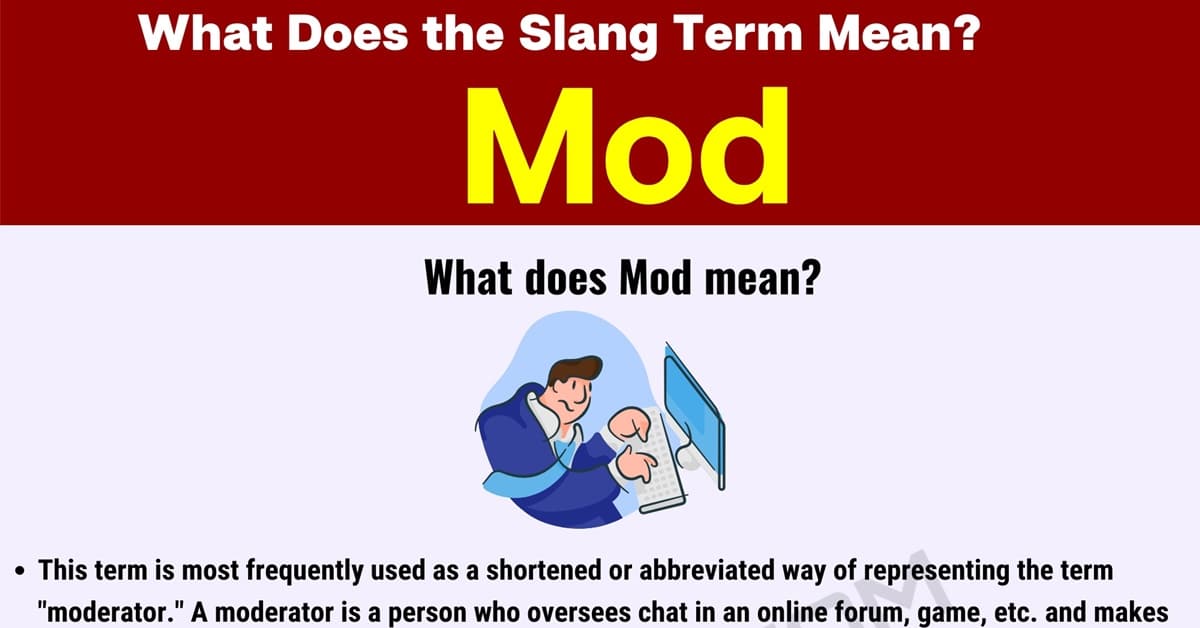 Most people who hear or see the slang term “mod” being used often think of cars and how people change them in some way. However, on the internet, this term means something different. Below, you will become privy to what this term most commonly represents online.

You will also read about the terms origin and discover some other meanings. You will be able to read some example conversations also to aid you in grasping a better understanding of the term, before finally reaching the end where you will see some synonyms that you can use interchangeably with this term in everyday conversation.

What Does Mod Mean?

This term is most frequently used as a shortened or abbreviated way of representing the term “moderator.” A moderator is a person who oversees chat in an online forum, game, etc. and makes sure the rules and terms of service are being enforced. They are also in charge of removing anyone from the chat who is not following such rules or terms.

The word “moderator” was first recorded being used sometime during the 1560s. Moderators became a necessity on most online forums to maintain order among users and it became simple, easier, and more convenient for users to refer to them by this abbreviated term.

This term can also be an abbreviated term used to stand for the word modern. It can also be used to represent the word “modify” which is defined as a change, as in modifying a car or modifying a video game character to somehow enhance their performance. The term can additionally be utilized as an acronym and represent phrases such as “Movies On Demand,” “Ministry Of Defense,” “Masters Of Defense,” “Museum Of Discovery,” and “Manufacture On Demand.”

An online discussion between two users on a forum.

There are several alternative words that you could use to replace the usage of this slang term in conversation that won’t change the meaning. Some different words you could use in its place include: 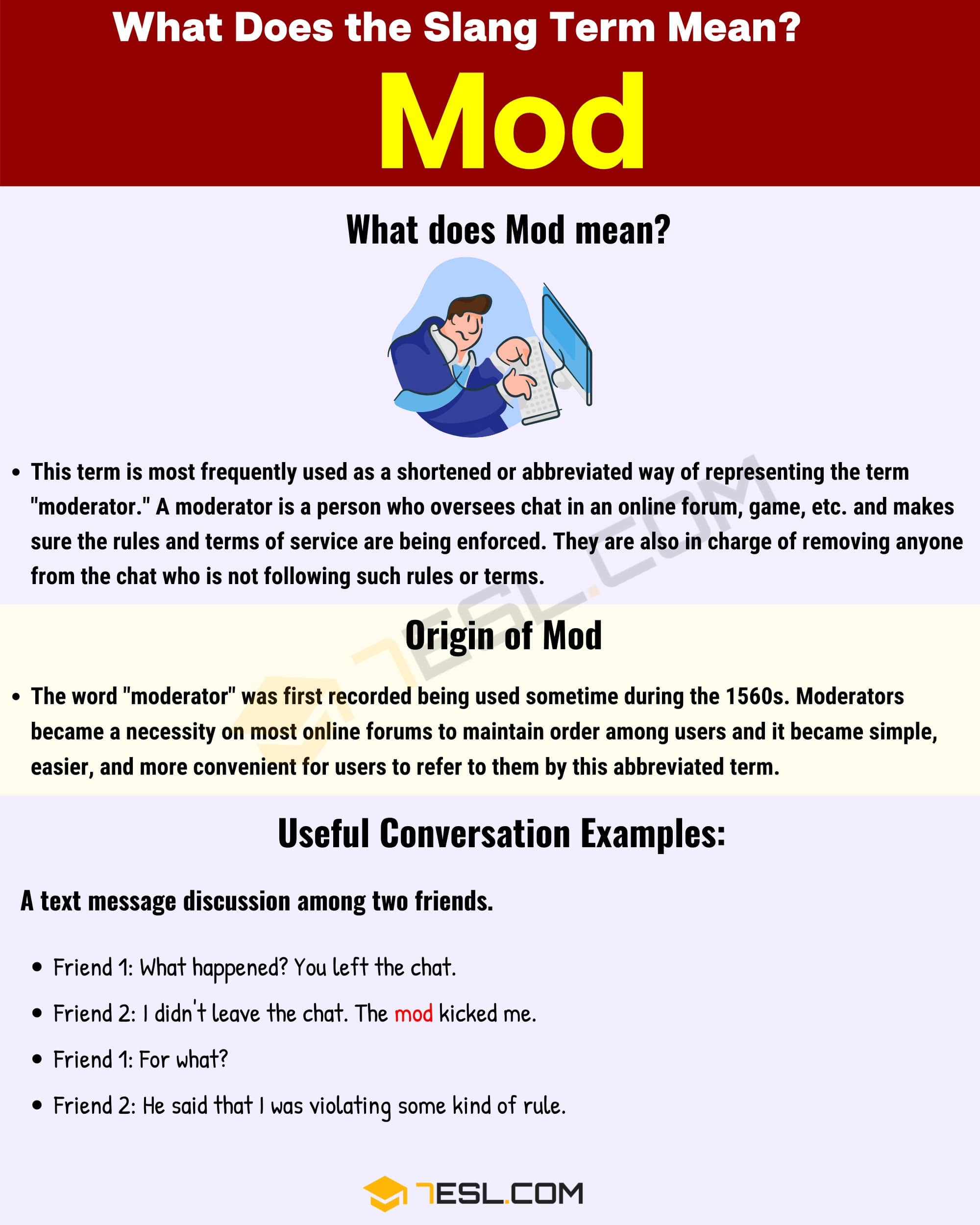