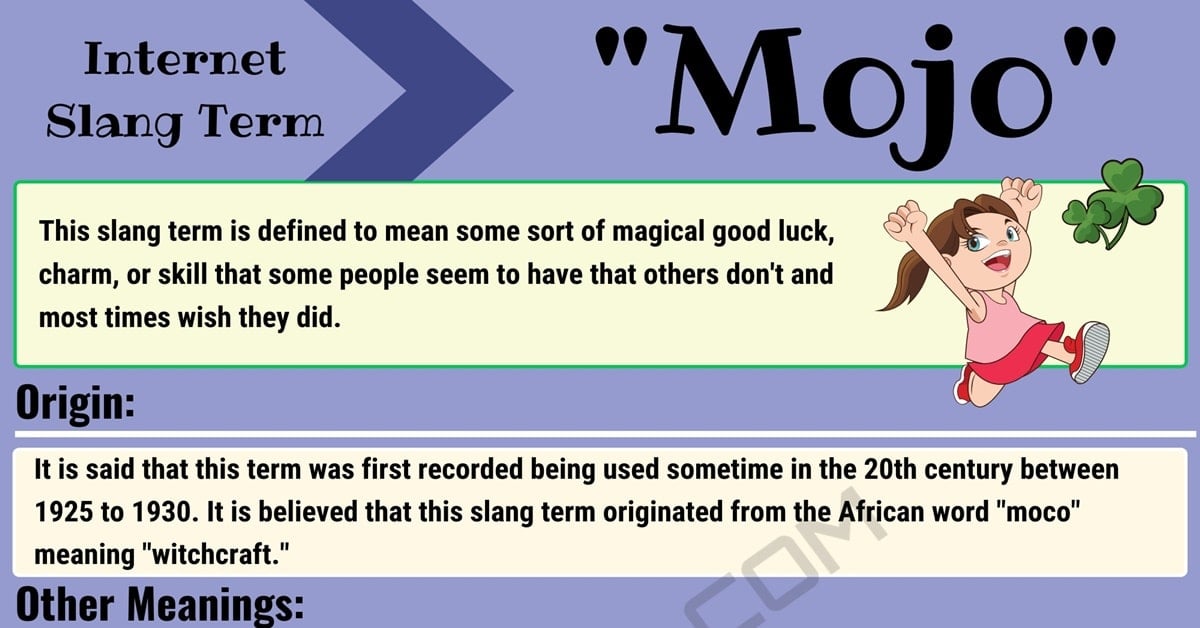 Although most people would think that the term “mojo” originated in the 90s in the movie Austin Powers, the truth is that the word has been in use for much longer than that. Here you will find out just how long it has been in use, where it came from, and the meaning of the term.

You will also see some other meanings of the slang term and some example conversations so you can see the slang term used in context to help you better understand its definition. Lastly, you will see some synonymous words or phrases that can be used in place of this term to bear the same meaning in a conversation.

What Does “Mojo” Mean?

This slang term is defined to mean some sort of magical good luck, charm, or skill that some people seem to have that others don’t and most times wish they did.

It is said that this term was first recorded being used sometime in the 20th century between 1925 to 1930. It is believed that this slang term originated from the African word “moco” meaning “witchcraft.”

This term can also be defined as the practice of casting spells, as in the art of voodoo or witchcraft. It can also be used to refer to an artifact that holds some sort of magical powers, such as an amulet. 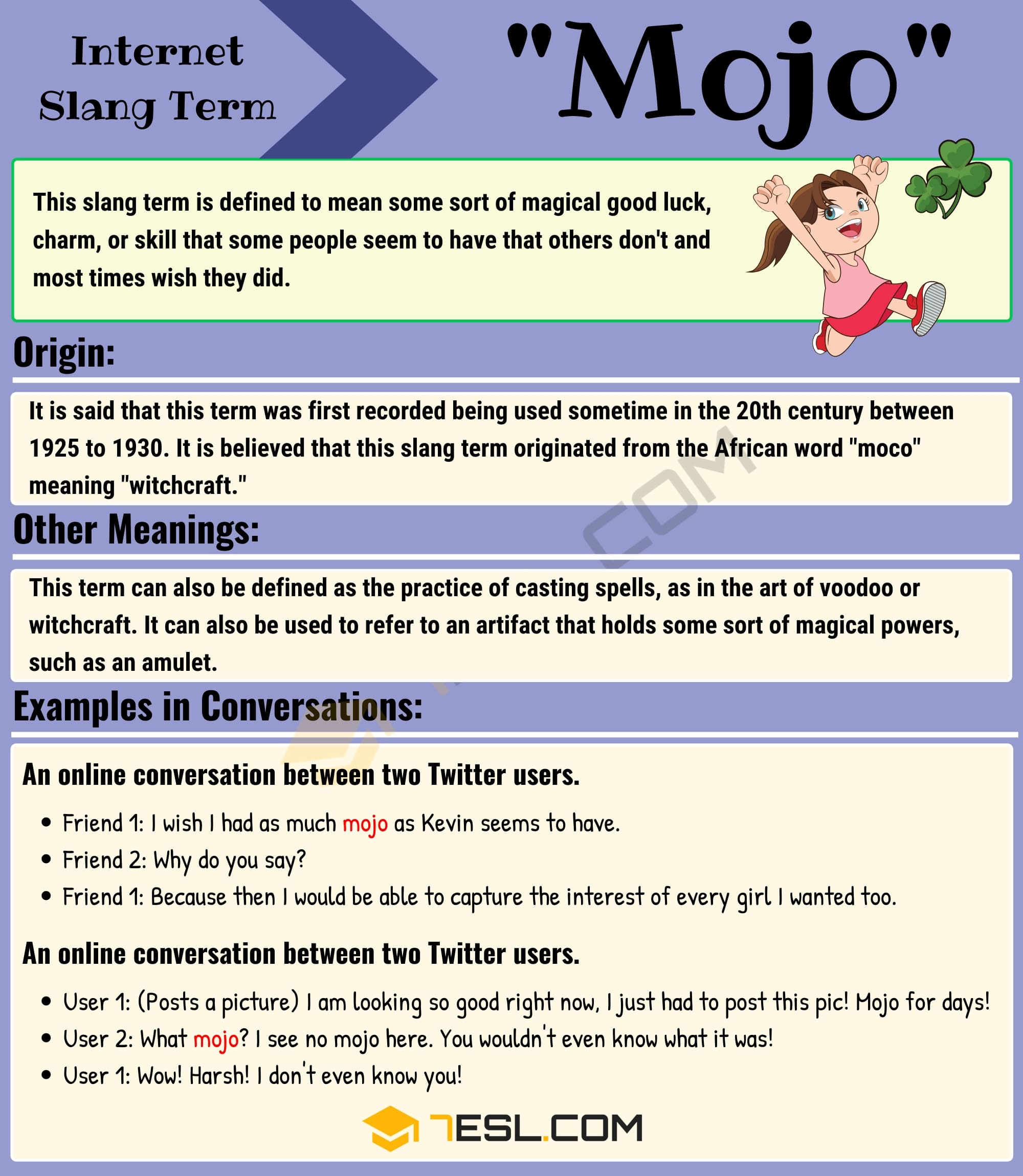