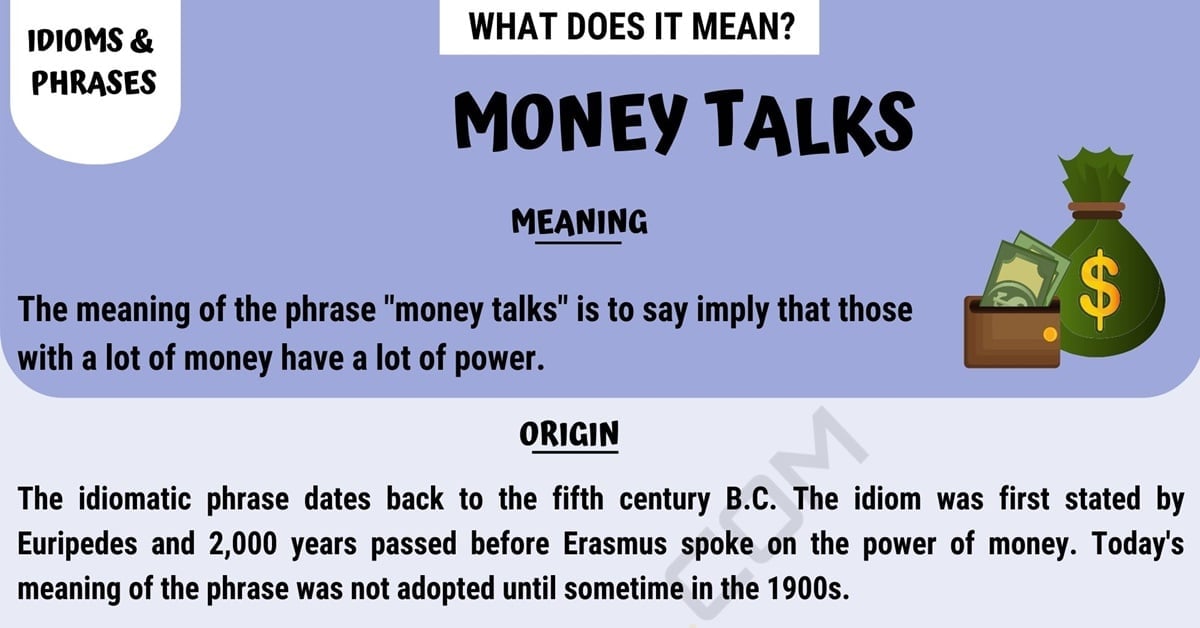 The meaning of the phrase “money talks” is to say imply that those with a lot of money have a lot of power.

The idiomatic phrase dates back to the fifth century B.C. The idiom was first stated by Euripedes and 2,000 years passed before Erasmus spoke on the power of money. Today’s meaning of the phrase was not adopted until sometime in the 1900s.

A statement made by a politician who lost a recent election.

A statement made at a local black-tie charity event by a well-known celebrity.

A conversation between two co-workers regarding the recent merger of their company.

Other Ways to Say “Money Talks”

As with all idioms, the phrase “money talks” can be said in many different ways. Other things you could say instead include I guess people with money have the power, money is power or great wealth implies great power.

What does “Money Talks” Mean? | Picture 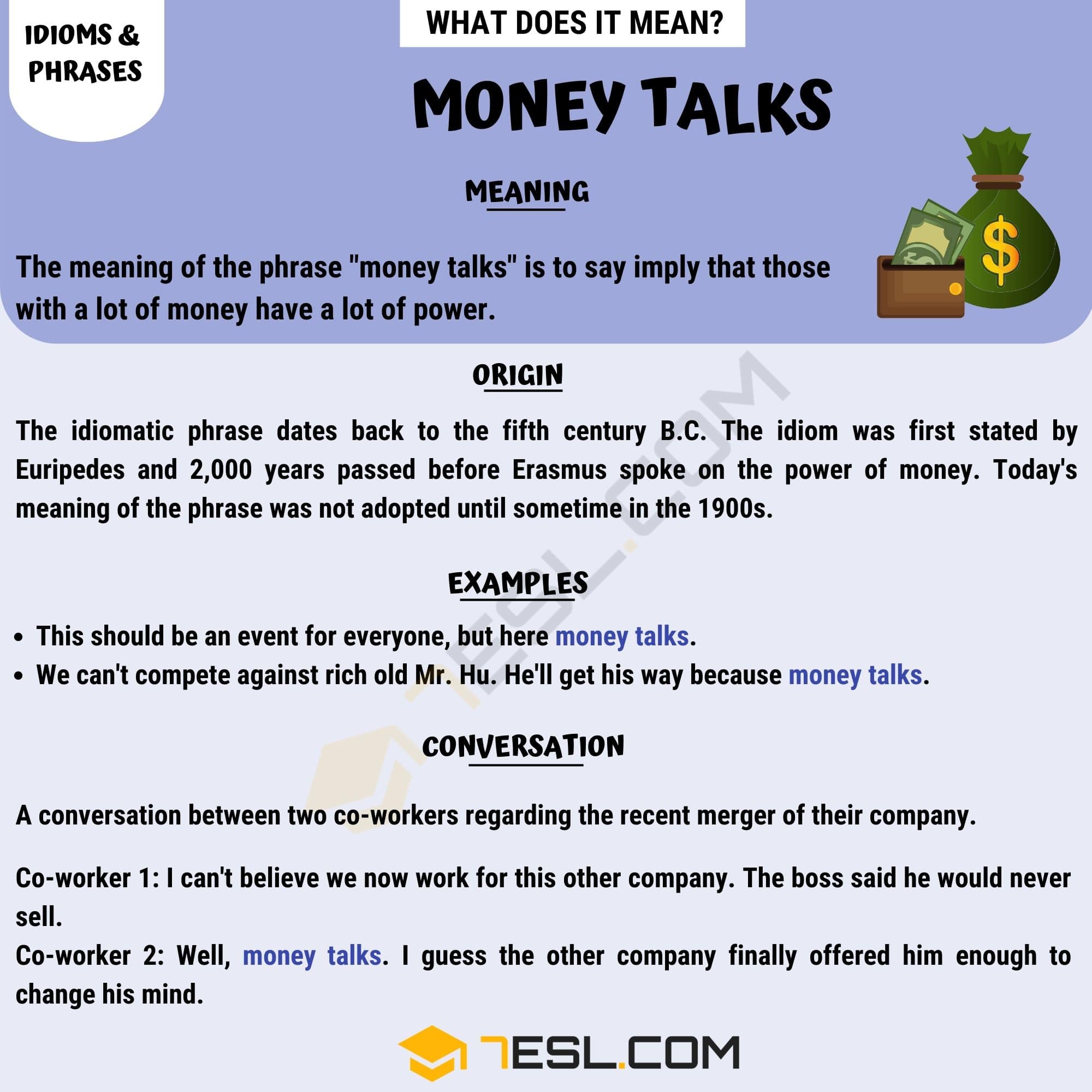