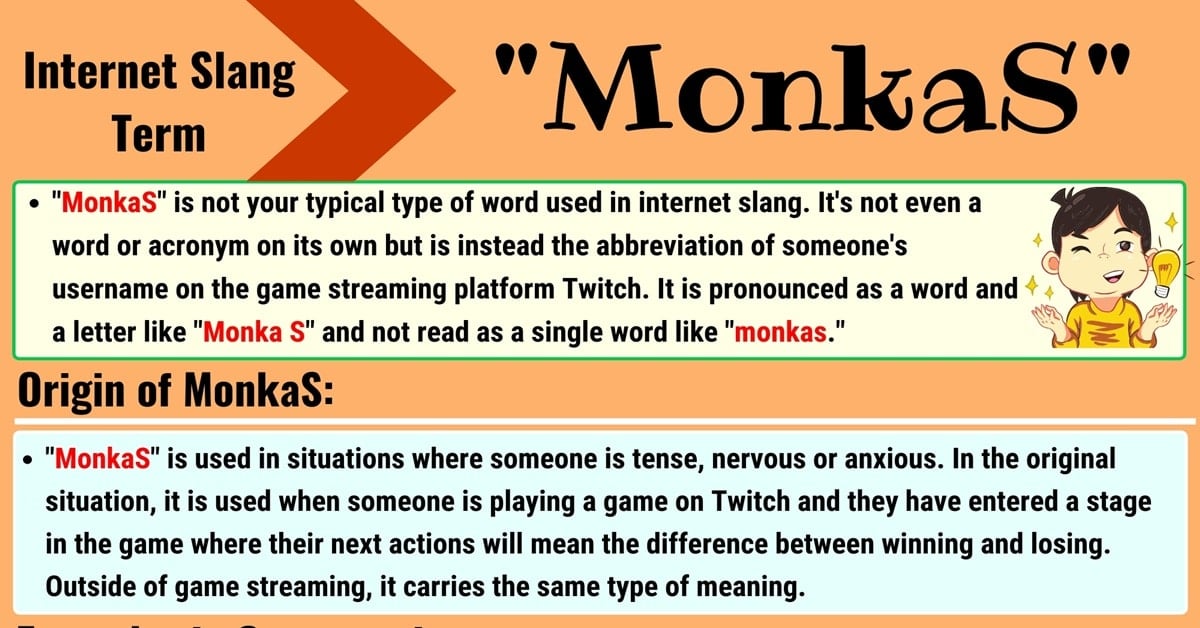 What does MonkaS mean? This article provides the definition and usage of this internet slang term with ESL infographic and interesting conversation examples in English.

What Does MonkaS Mean?

“MonkaS” is not your typical type of word used in internet slang. It’s not even a word or acronym on its own but is instead the abbreviation of someone’s username on the game streaming platform Twitch. It is pronounced as a word and a letter like “Monka S” and not read as a single word like “monkas.”

“MonkaS” is used in situations where someone is tense, nervous or anxious. In the original situation, it is used when someone is playing a game on Twitch and they have entered a stage in the game where their next actions will mean the difference between winning and losing. Outside of game streaming, it carries the same type of meaning.

Other Ways to Say MonkaS

The term “MonkaS” comes from the user name “MonkaSensei.” This user had an emote of Pepe the frog seating nervously. Another user adopted this emote for his channel. When it became popular, the original user’s name became associated with the image. Other users shortened his name to “MonkaS” from “MonkaSensei.” People commonly use it on Twitch and other forums like Reddit and 4chan.

Let’s see how people use MonkaS:

Example 1 shows an in-game chat between two friends playing an online competitive game. They are discussing the results of their latest match. It appears as though they won, but it was very close. Towards the end of the conversation, Gamer 2 states that he was “monkas.” That means that he was nervous about the outcome during a tense part of the game. He wants to try to plan their strategy better to avoid it. Gamer 1 states that he does well in tense situations. So he enjoys the feeling of “monkas.”

In this second example we see two people interacting on a forum. Forum user 1 states that he recently applied for a coding job and got an interview. When Forum user 2 asks how he feels about it, he replies that he feels “monkas,” or that he is nervous and/or apprehensive about this new opportunity. Forum user 2 offers to send him some materials about how to prepare for his interview in order to fight the “monkas,” or to make him feel less nervous about his upcoming interview. 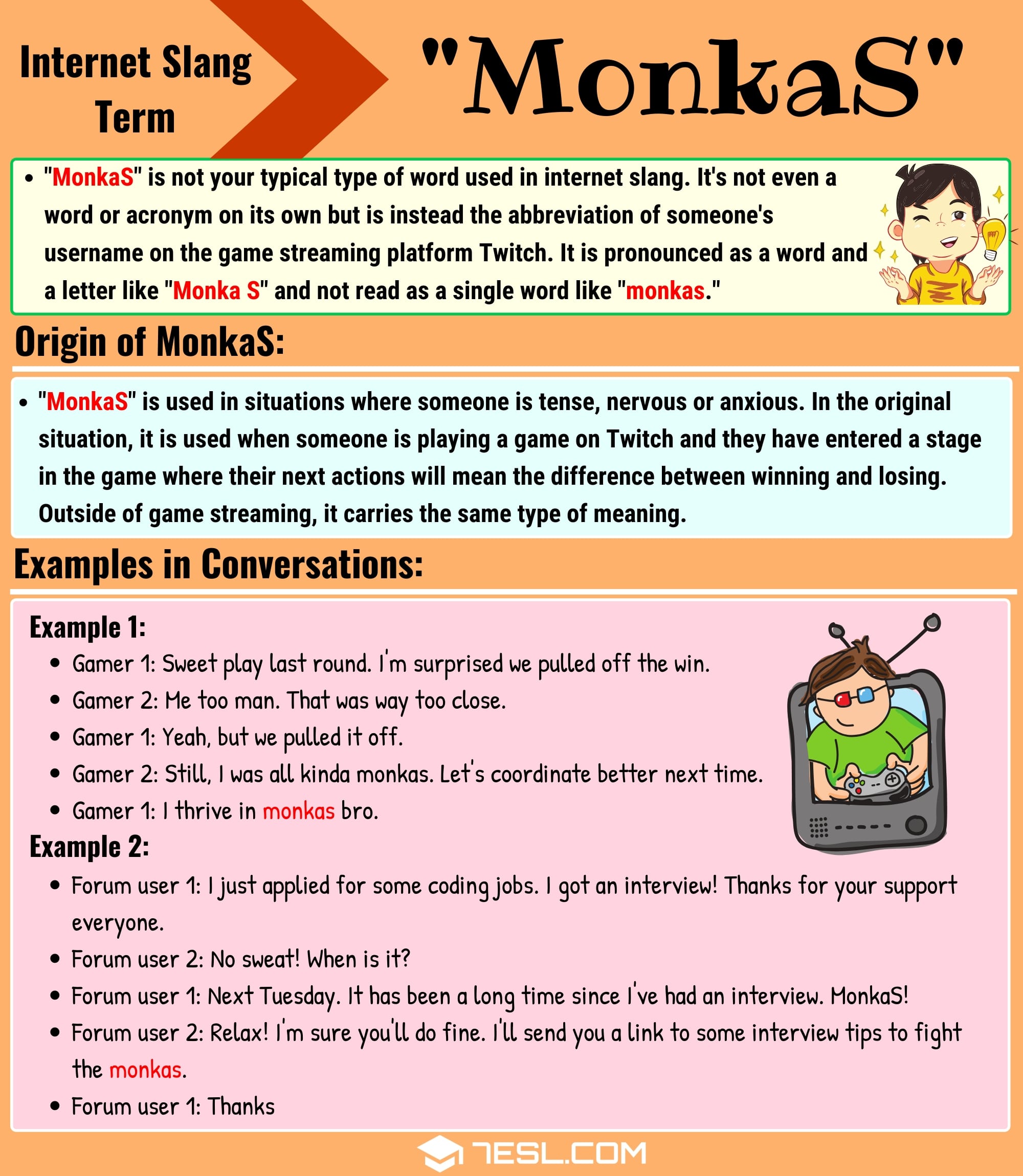