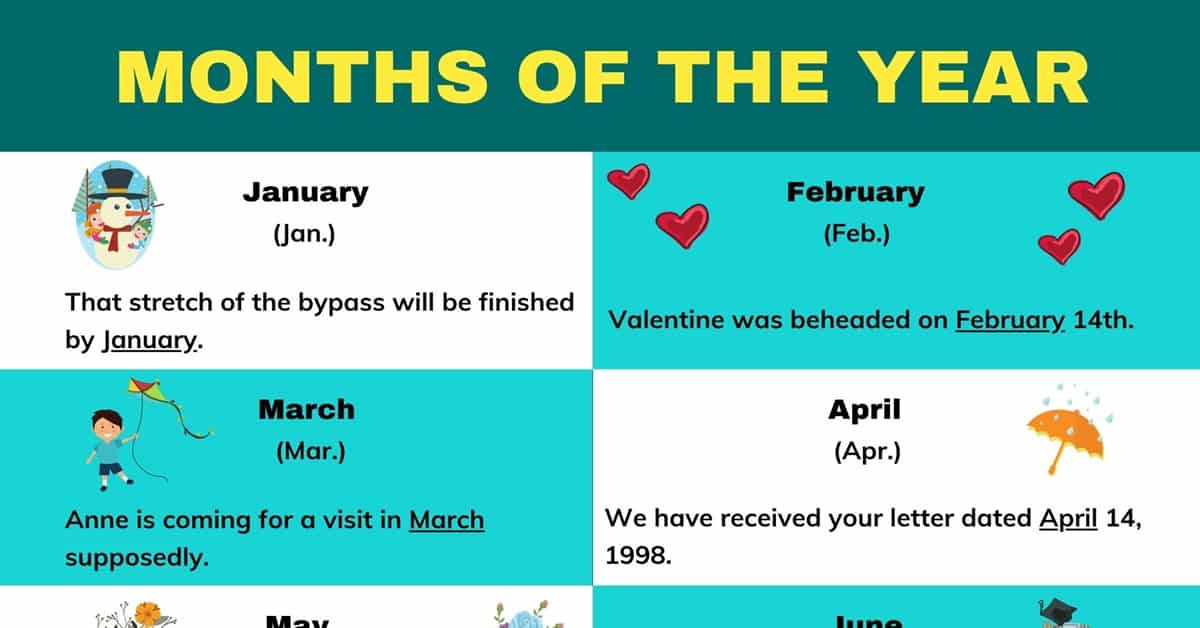 When we are speaking about certain events throughout the year, it is important to be able to correctly refer to the different months of the year. In this article, we are going to be looking at how to say the months in the year as well as looking at various ways in which these words can be used in your written and spoken English.

Names of The Months of The Year

There are 12 names for the months in the year, we are now going to take a look at each of these before looking at how they can be used in a conversation.

You might also see some months of the year being written in a shortened form which is often a way of referring to them in an informal way. It is important to remember that not all of the months can be shortened, only the months with five letters or more i.e. Jan, Feb, Mar, Apr, Aug, Sept, Oct, Nov, Dec.

Months Of The Year In The Present

If you are talking about something which is happening in the current month then you will need to refer to the month names in the present. Let’s take a look at some examples of this.

Months Of The Year In The Past

When you are referring to an event which has happened in a previous month, you will need to form your sentences as follows.

Months Of The Year In The Future

If you are going to talk about something which will happen in a coming month, there are certain ways to refer to this. Let’s take a look at how you might do this.

Months of The Year in Examples

Asking About The Months Of The Year

Quite often, you will find yourself in a situation where you are required to ask which month an event is taking place. This can be learned by taking a look at the following example conversation.

Common Questions With The Months Of The Year

There are a variety of questions which you may be asked when it comes to the months in the year. Let’s now take a look at some examples of these and how you might answer them.

Rules Surrounding The Months In The Year

As with anything in English, there are rules surrounding the use of the names of the months. However, this is something that is very easy to grasp. Since the months of the year are classed as proper nouns, they should always begin with a capital letter, no matter where they appear in a sentence. There is never an exception to this rule. Take a look at these examples:

In many cases, the spellings for various things are different when using American English versus British English, however, the months in the year do not change their spelling.

Having the names of the months of the year in your English vocabulary can prove extremely useful when you wish to write about or speak about various events that may take place within them. Depending on when you are talking about the past, present, or future might depend on how you refer to the months. It is vital that you remember to always use a capital letter at the start of the name of each month to be grammatically correct.

Months of The Year Infographic 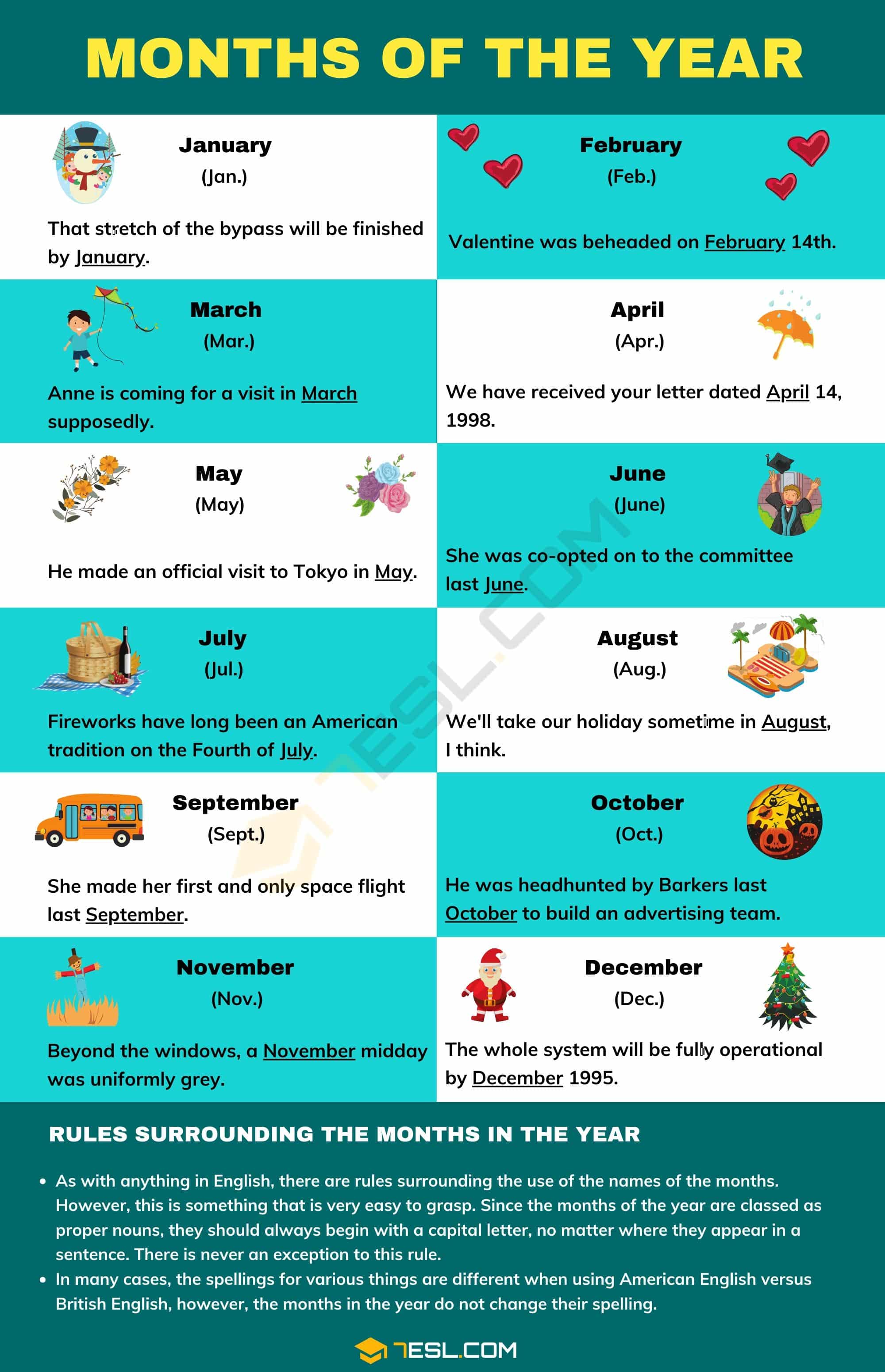