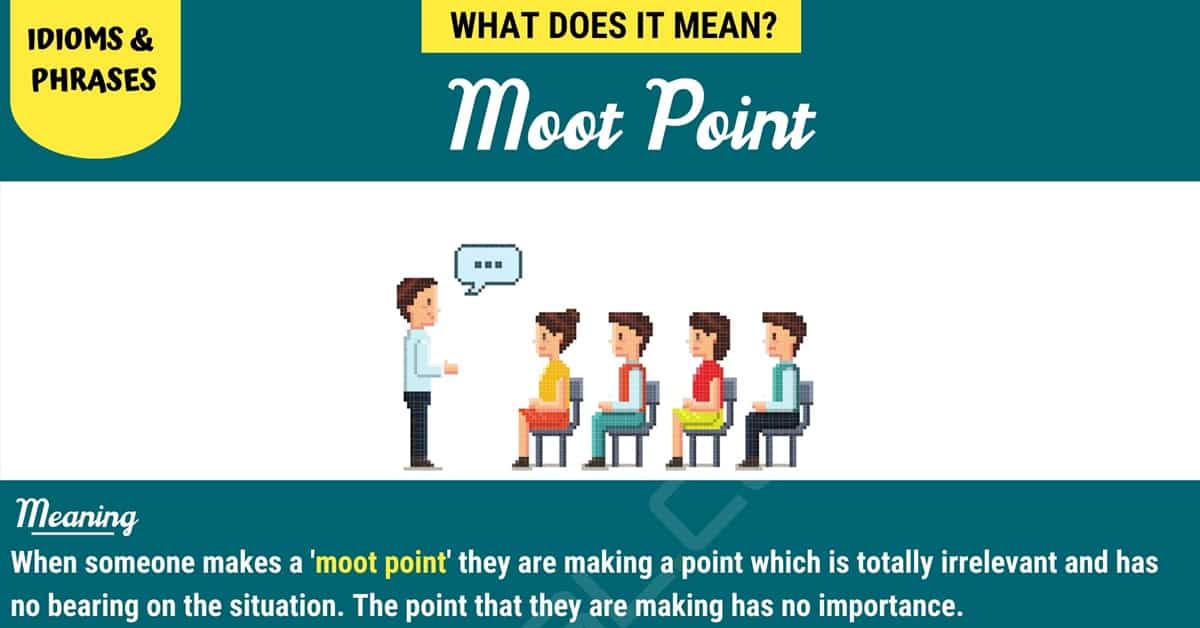 The term ‘moot point’ may be regularly heard during various conversations in English, but what does this phrase mean and where did it come from in the first place? We are going to answer both of these questions as well as looking at how we can use the term in a conversation.

When someone makes a ‘moot point’ they are making a point which is totally irrelevant and has no bearing on the situation. The point that they are making has no importance.

The phrase ‘moot point’ originally comes from a background in English law where students were given these ‘moot points’ to discuss as part of their education. In old English, the word moot meant a group of people who discussed and exercised political power.

This is a statement being made by a lawyer in court.

This next statement is being said by a mother to her daughter.

If you are wondering how the term ‘moot point’ can work in a conversation, here are some examples to show how it would sound.

The first conversation is between two co-workers.

Other Ways to Say “Moot Point”

There are many other ways to express the meaning of the term ‘moot point.’

Here are some examples of other things you can say which carry the same meaning. 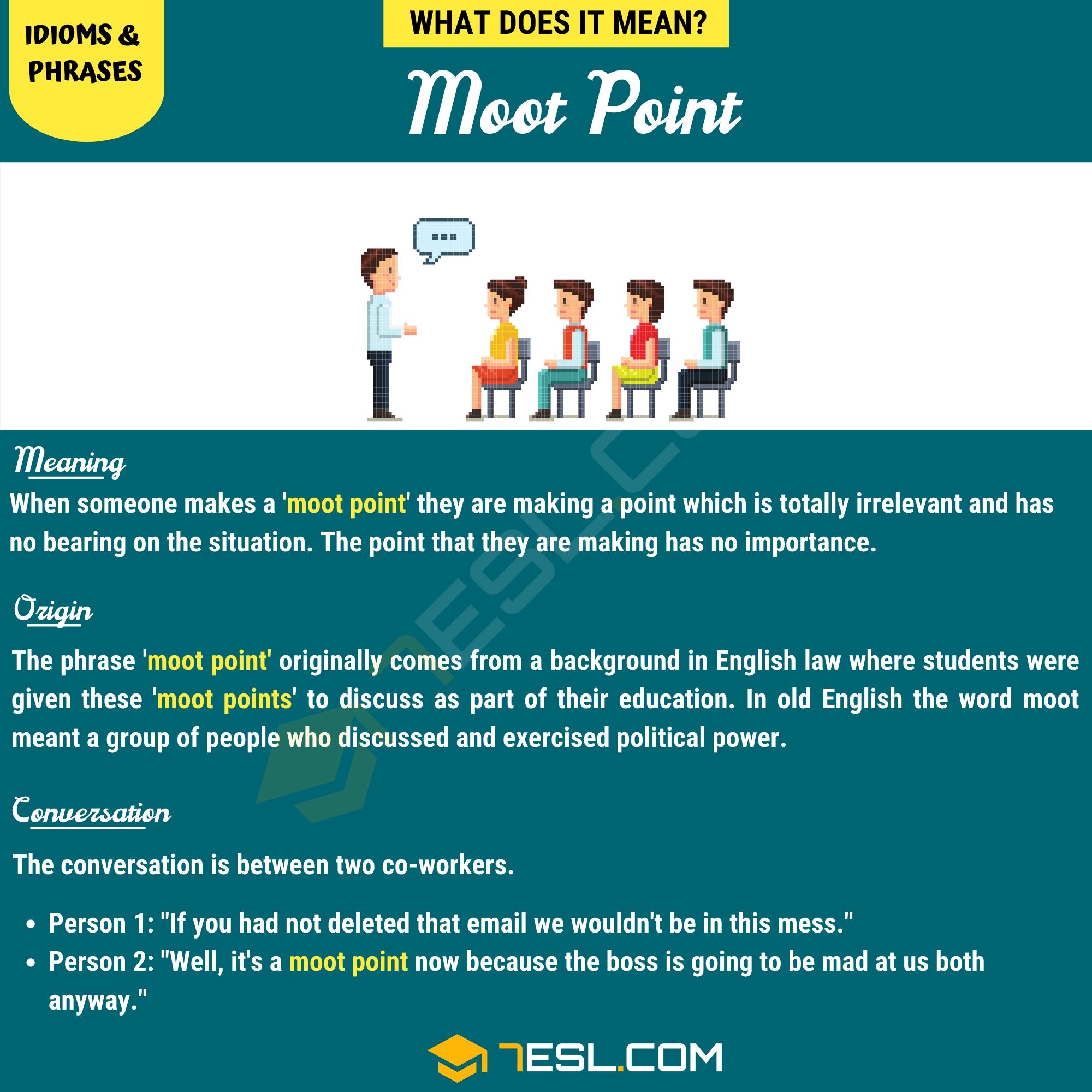