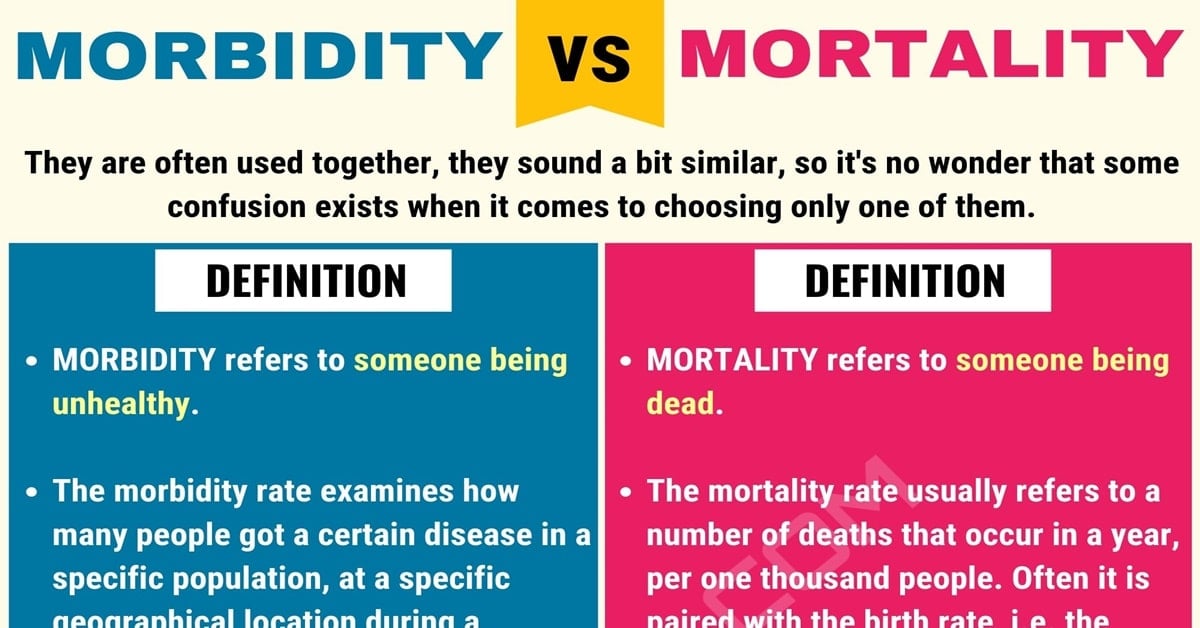 Morbidity and mortality! Words that usually go together are very likely to be confused. However, when you use these words separately, it’s important that you know exactly what each of them means. This is the case, for example, with the pair morbidity and mortality. They are often used together, they sound a bit similar, so it’s no wonder that some confusion exists when it comes to choosing only one of them. Thankfully, there is a clear difference between these two and if you remember it, you won’t have any problems with them.

These two words are most commonly used when you are talking about the morbidity and the mortality rate. Unsurprisingly, the morbidity rate examines how many people got a certain disease in a specific population, at a specific geographical location during a specific time period. This statistics is very helpful for doctors and scientists because it allows them to see how dangerous the illness is, and take all the necessary steps to protect as many people from catching this disease as possible.

The mortality rate usually refers to a number of deaths that occur in a year, per one thousand people. Often it is paired with the birth rate, i.e. the number of people that are born in a year. These two rates help us estimate how the population of the planet changes during the particular year.

It can be very challenging to collect reliable information about morbidity and mortality, especially when it comes to less developed countries. But when this information is collected, it can improve the quality of life all around the globe. Looking at the morbidity and mortality rates, it is possible to predict how dangerous an illness is and to provide the necessary help to the patients, so the morbidity rate drops in the following years. With improved healthcare systems, the mortality rate will also naturally drop.

When to Use Morbidity and Mortality | Picture 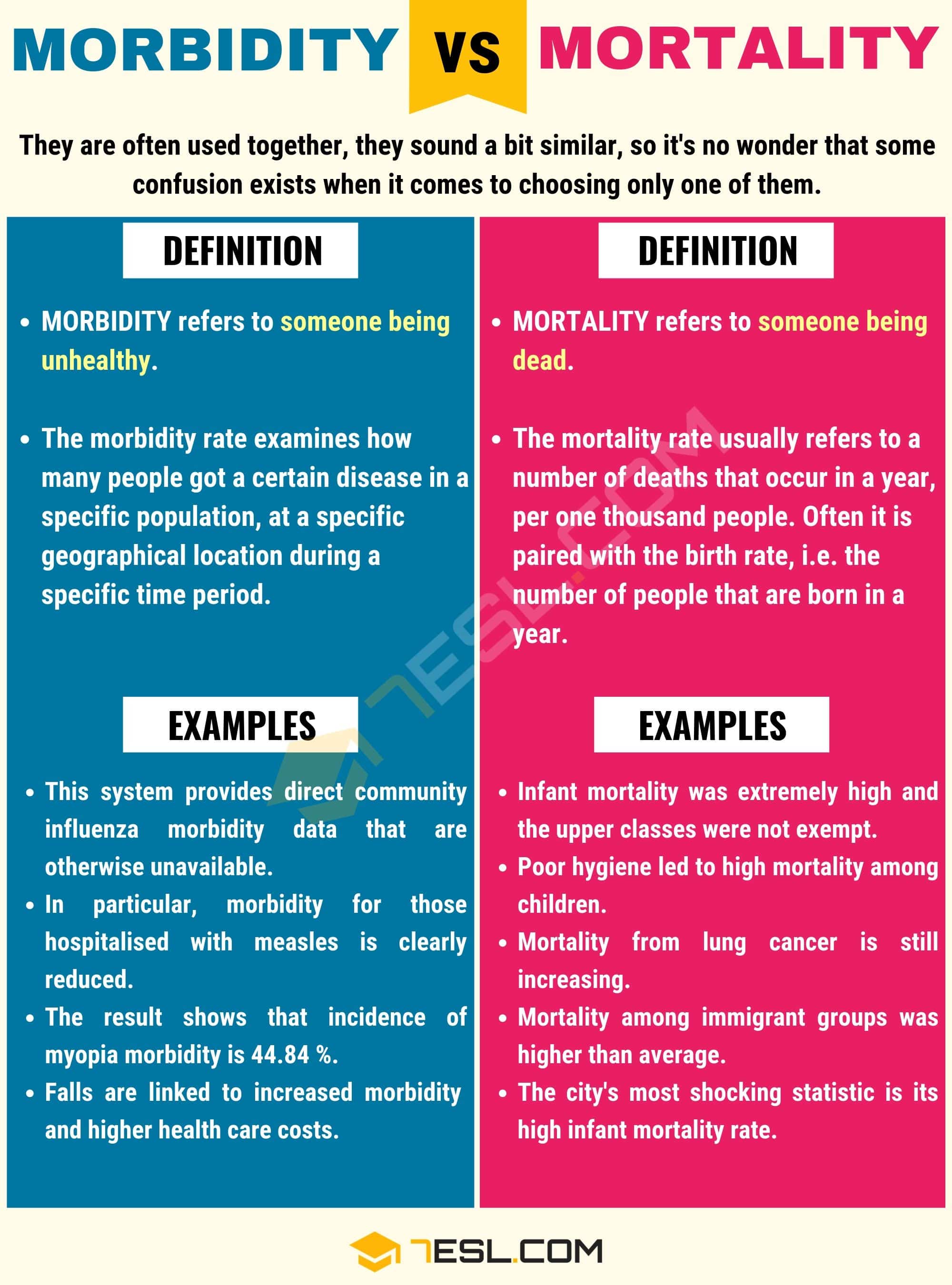 Morbidity vs. Mortality: Difference between Morbidity and Mortality