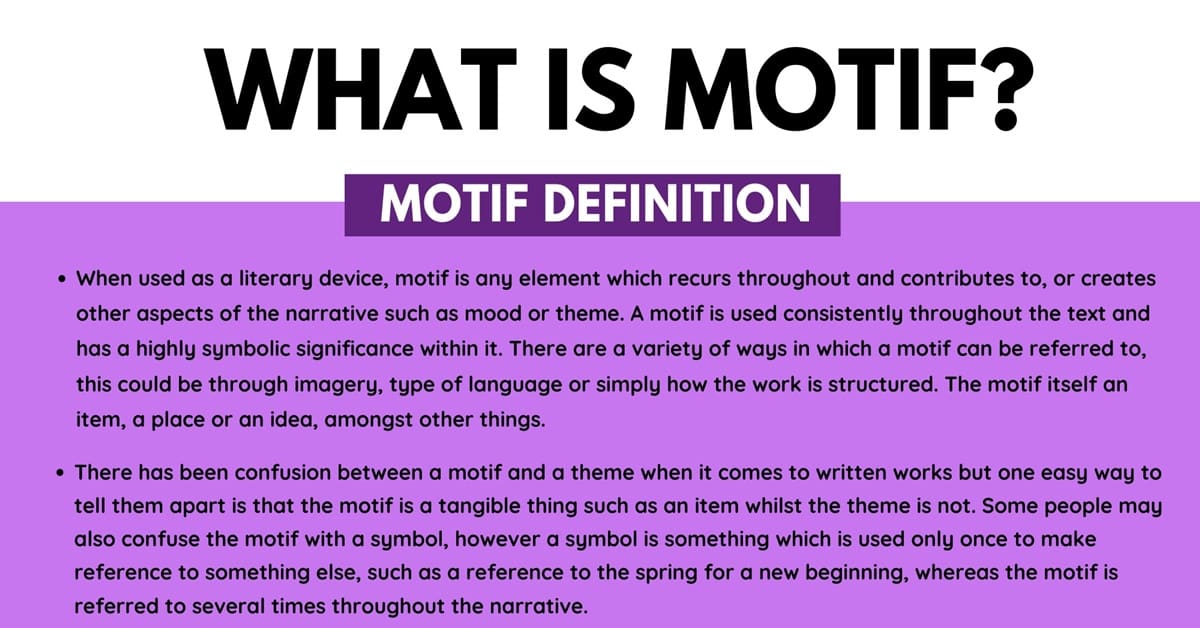 You may have heard the term motif and wondered what it means and how it can be used. In this article, we are going to explore the meaning of motif as well as looking into some examples of how it is used in order to give us a deeper understanding of it and how we can use it ourselves.

When used as a literary device, motif is any element which recurs throughout and contributes to, or creates other aspects of the narrative such as mood or theme. A motif is used consistently throughout the text and has a highly symbolic significance within it. There are a variety of ways in which a motif can be referred to, this could be through imagery, type of language or simply how the work is structured. The motif itself an item, a place or an idea, amongst other things.

There has been confusion between a motif and a theme when it comes to written works but one easy way to tell them apart is that the motif is a tangible thing such as an item whilst the theme is not. Some people may also confuse the motif with a symbol, however a symbol is something which is used only once to make reference to something else, such as a reference to the spring for a new beginning, whereas the motif is referred to several times throughout the narrative.

One of the most interesting things about a motif is that it is often used to create and sustain the theme of the entire piece. A good example of this is the use of many characters who are dishonest which leads to the theme of an unfaithful wife.

As we mentioned, the use of many dishonest characters within a story to hint at an affair within a marriage, is a good example of a motif. However, there are many more concepts which we could use that would fall into the category of motif-let’s take a look at some of these ideas now.

Whilst motif is more commonly used in written works and literature, there are some examples of it being used in spoken language such as speeches. It is used in the same way when used as a figure of speech, in order to create a theme or make reference to a certain point over and over. Let’s take a look at some examples of when this has occurred.

There have been many times in which motif has been used by writers to enforce a theme. We are now going to take a look at some examples of when this has happened.

A motif is usually used in a piece of written work in order to create another aspect such as the theme of the piece. The motif itself can be anything tangible such as an item or a place and is referenced multiple times within the piece of writing. It can be easy to confuse a motif with other elements of a story such as themes and symbols but they can be easily differentiated.

We have seen many examples of how and when motif has been used, and whilst it is more common in literature, it can also be used in speech for the same reasons. 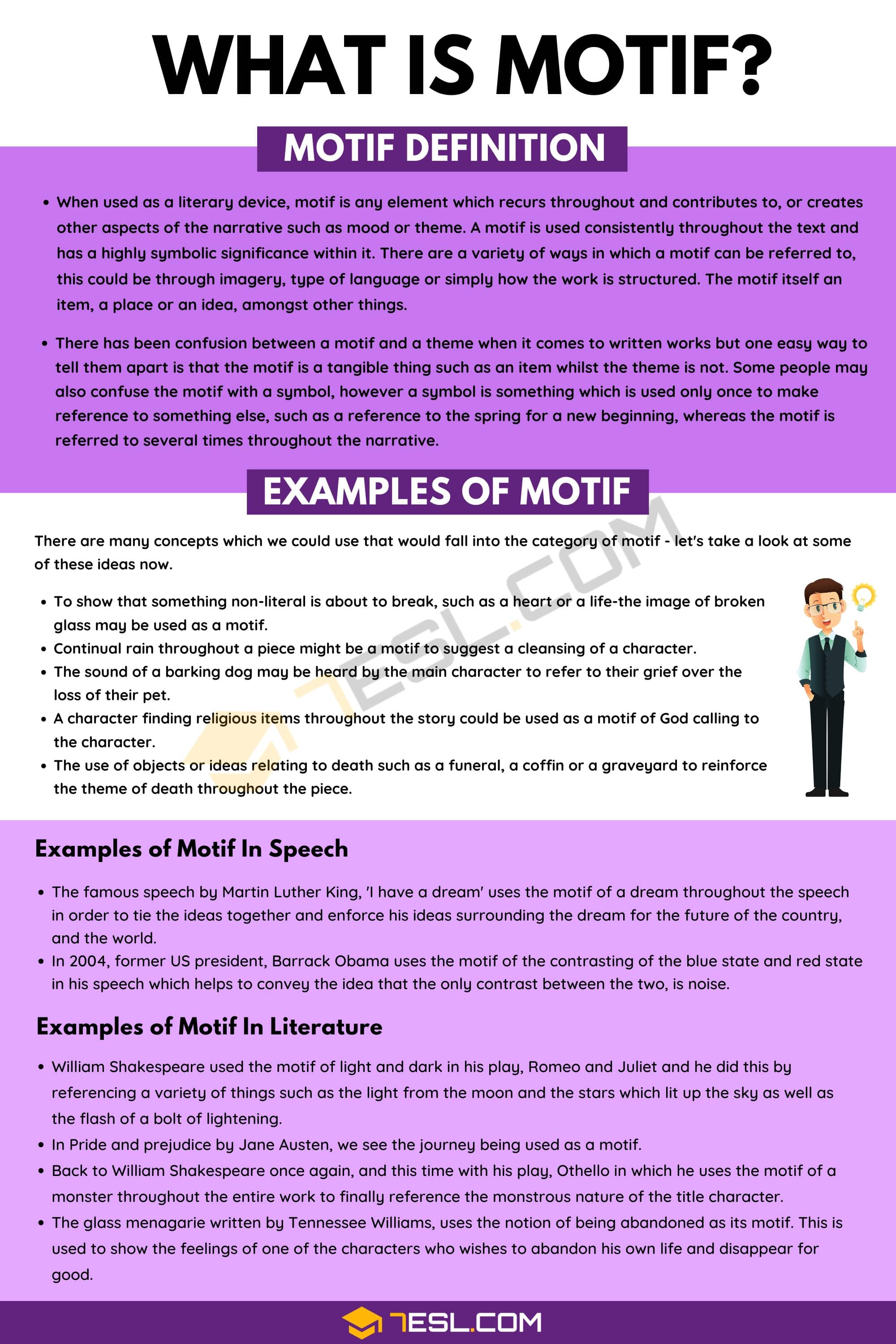