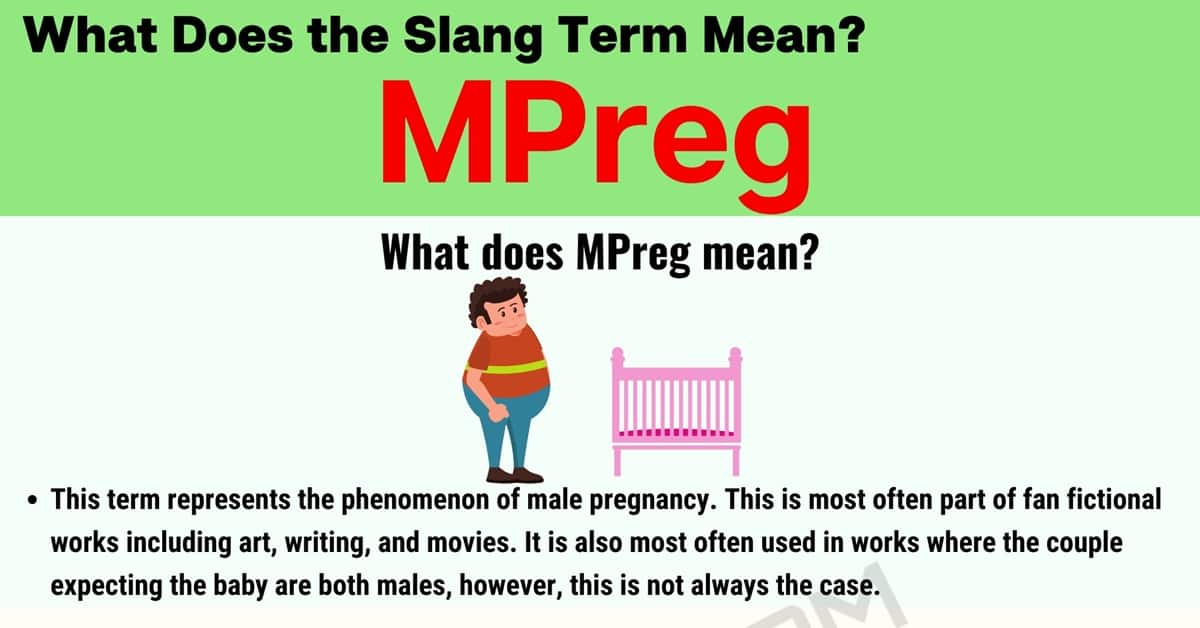 The slang term “mpreg” is most commonly seen only within certain circles on the internet. Odds are if you have seen this term being used, then you are a supporter of some sort of fan fiction. Here you will find the meaning of this term and information about its origin.

You will also see some alternative meanings and be able to read through some conversation examples featuring this term to help you better understand what it means. Lastly, you will see some synonymous words or phrases that you can use in place of this term and the phrase it represents to convey the same meaning.

What Does Mpreg Mean?

This term represents the phenomenon of male pregnancy. This is most often part of fan fictional works including art, writing, and movies. It is also most often used in works where the couple expecting the baby are both males, however, this is not always the case.

There is no specific origin information regarding the fictional phenomenon of male pregnancy. However, it can be said that many Ancient cultures have myths, stories, and legends detailing male pregnancy that were written long ago.

There are currently no other known meanings for this term.

An online conversation between two users on a sci-fi forum.

There are some synonymous phrases that you could use to replace this term and the phrase it represents. Some of the other phrases you could use instead include: 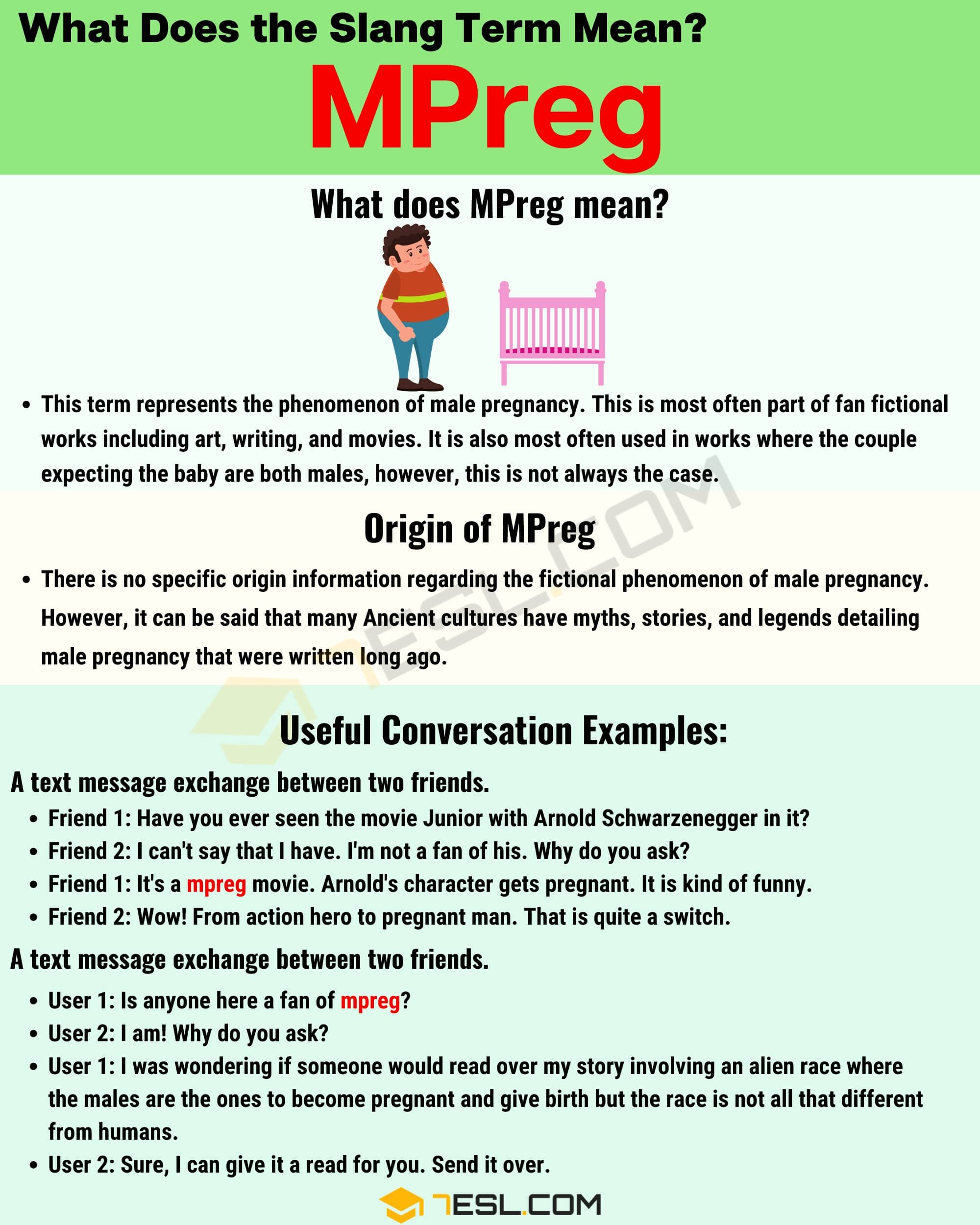