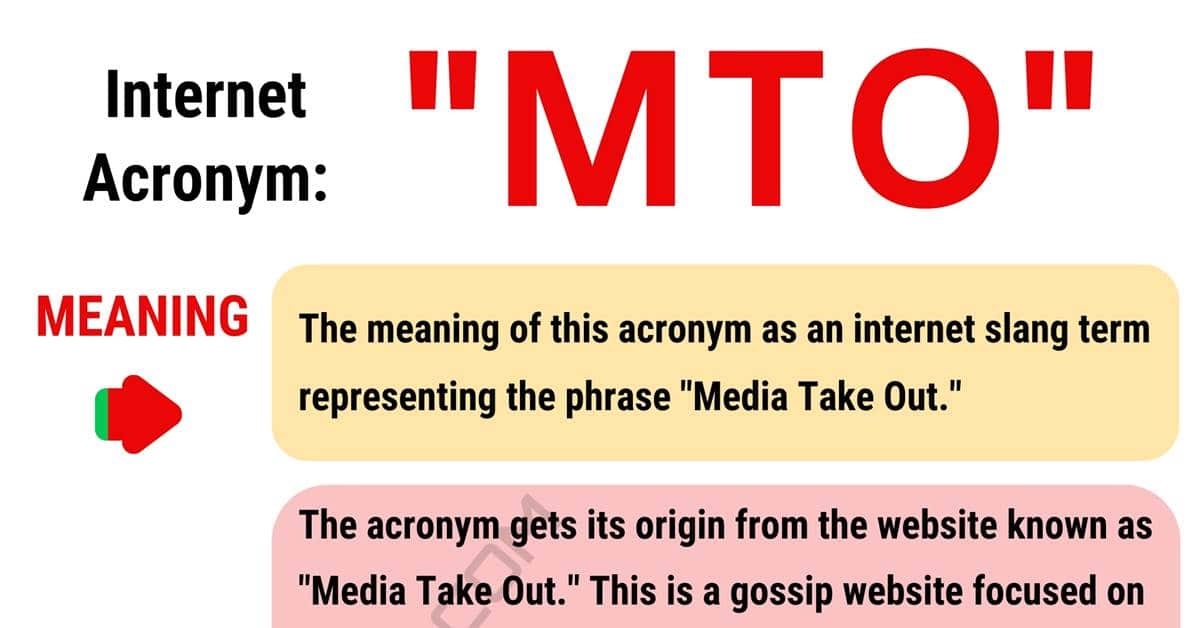 The acronym “MTO” represents a phrase that may only be familiar to certain people unless it is being used to represent a distinct industry term or a less popular internet term. Here you will find the most popular representation of the acronym and some other meanings as well. You will also find information regarding its origin in the most popular sense and some example conversations that highlight the usage of this acronym in the proper way to help you better comprehend how it is used. To sum up the article, you will discover some alternative words or phrases if there are any, that can be used as synonyms for this acronym.

What Does MTO Mean?

The meaning of this acronym as an internet slang term representing the phrase “Media Take Out.”

The acronym gets its origin from the website known as “Media Take Out.” This is a gossip website focused on celebrity and entertainment happenings mostly within the African American community. It is also known as “MTO News.” The site was launched in 2006 by corporate lawyer Fred Mwangaguhunga, a native of Washington, D.C.

There are many other meanings this acronym that can be found performing a simple search on the internet. The acronym can be used to represent many other phrases such as “made to order,” “more than one,” “mandatory time off,” “master terminal operator,” and “many to one.” These are just a handful of what the acronym might stand for and what it stands for often is determined by the context it is being used in.

Other ways to say “MTO”

Since this acronym represents the technical name or title of a website that is well-known, there are no synonyms you could use for it other than saying or typing out the entire name “Media Take Out.” 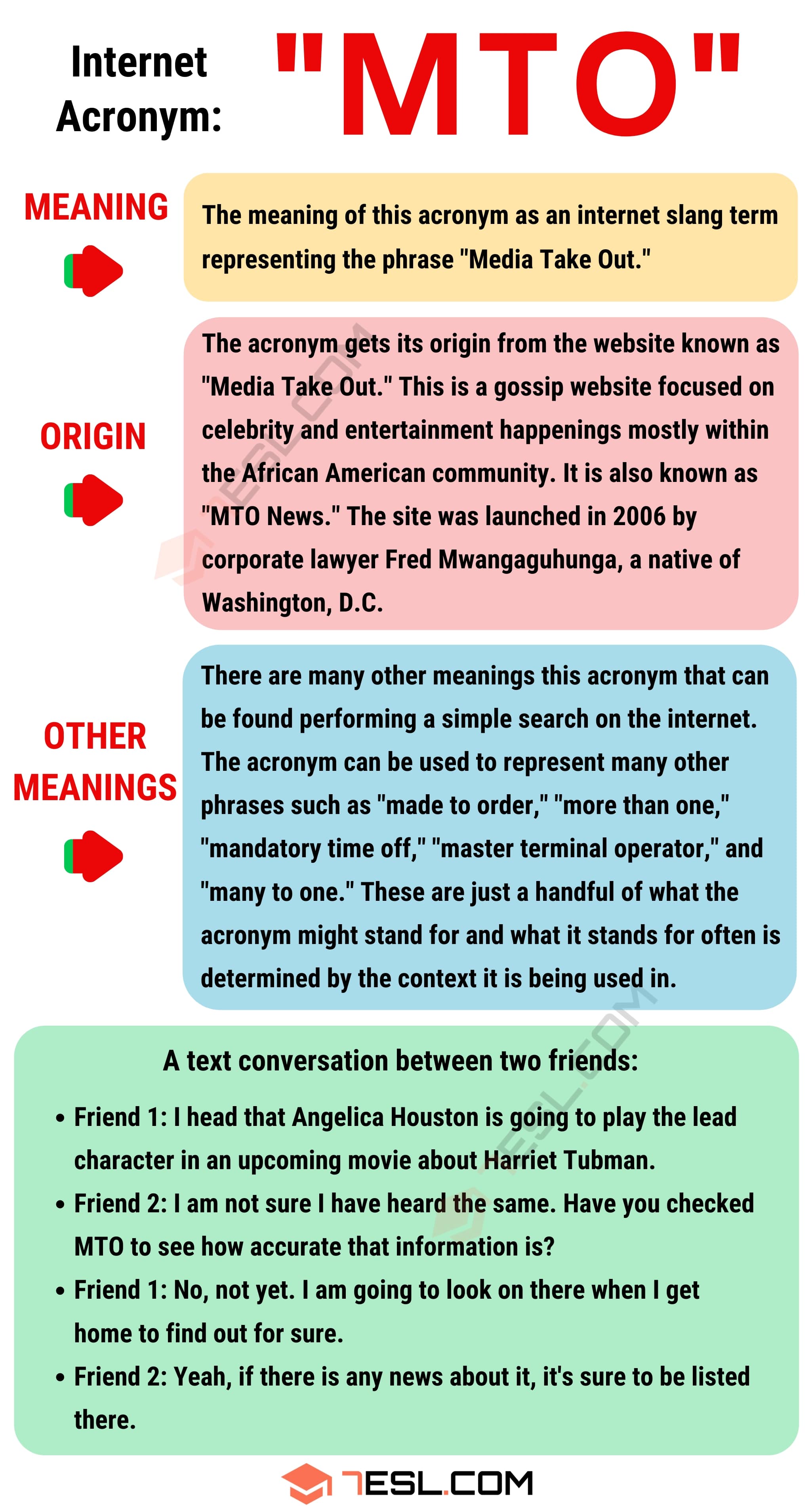