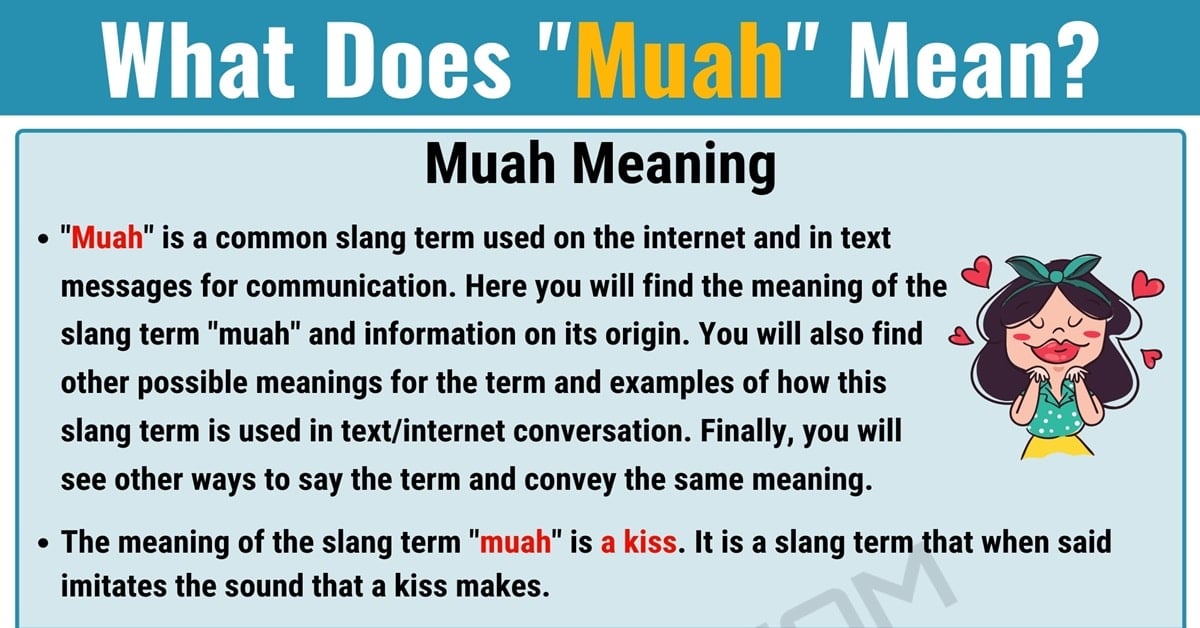 “Muah” is a common slang term used on the internet and in text messages for communication. Here you will find the meaning of the slang term “muah” and information on its origin. You will also find other possible meanings for the term and examples of how this slang term is used in text/internet conversation. Finally, you will see other ways to say the term and convey the same meaning.

What Does “Muah” Mean?

The meaning of the slang term “muah” is a kiss. It is a slang term that when said imitates the sound that a kiss makes.

There is no information in regards to the specific year that this slang term began being used. One can only assume that the term simply came from the sound of an actual kiss. It may have also been taken from the act practiced by other cultures of kissing a person on the cheek as a greeting. Typically during this greeting process, the lips never meet skin and the word “muah” is said instead. Regardless of its origin, it is now one of the most popularly used slang terms on the internet and text.

Other Meanings of “Muah”

As it pertains to internet slang and text messaging, “muah” does not have any other meanings. However, if you search on the internet for other meanings of the word, several results will appear. These include the following: 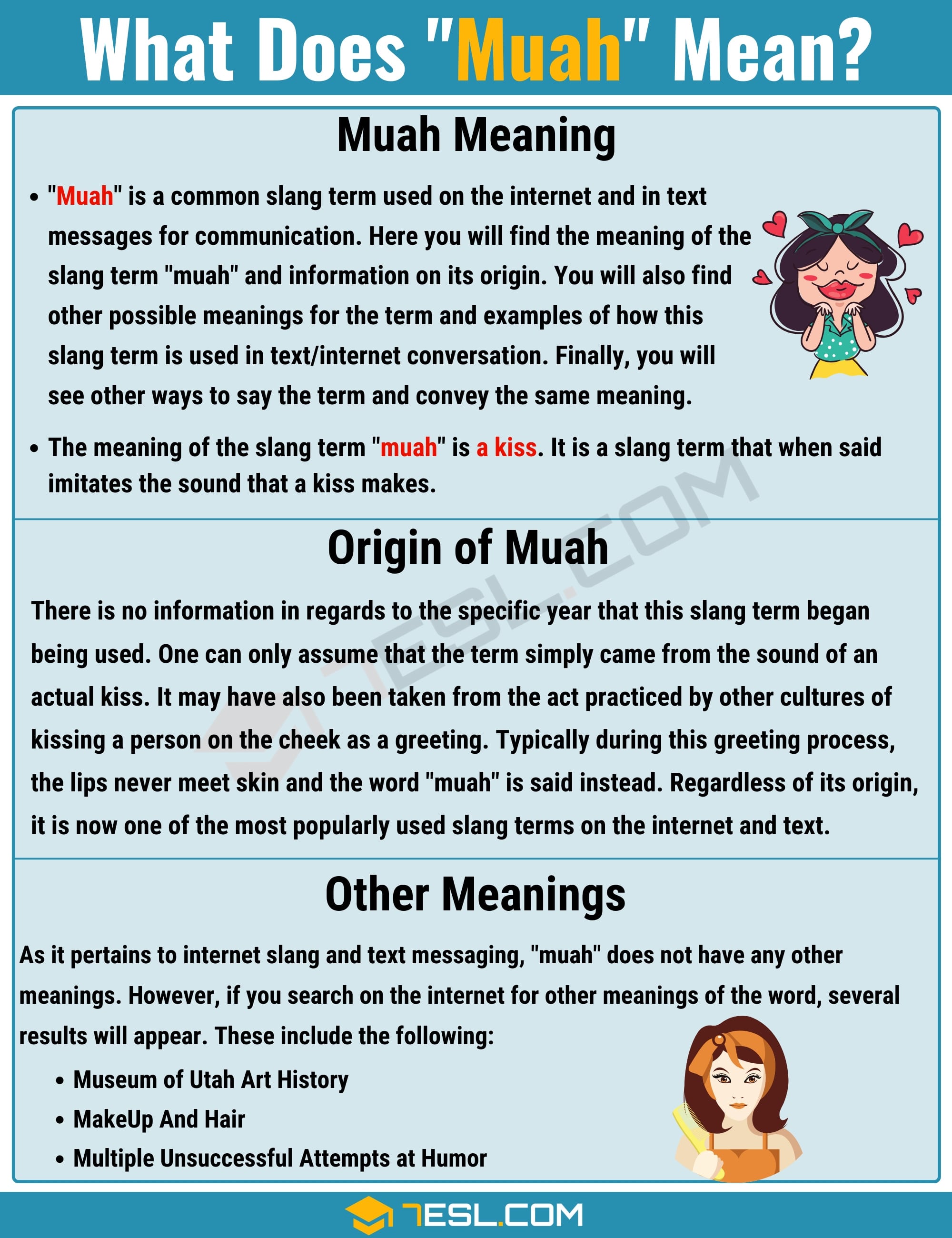