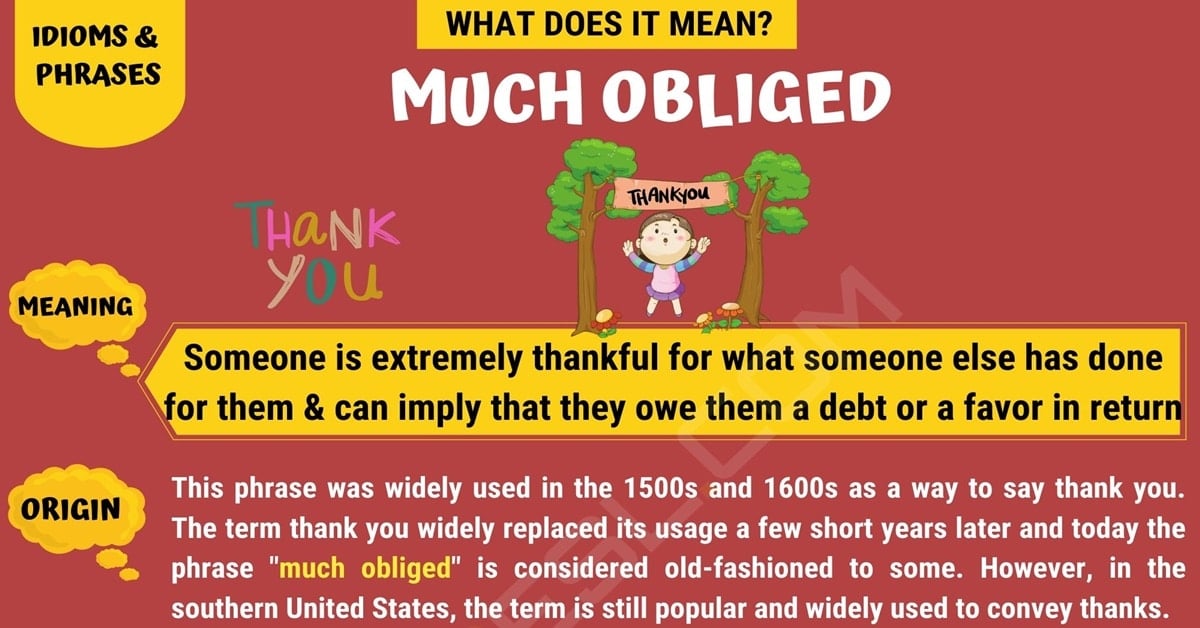 What does the idiomatic expression “Much Obliged” Mean? Idioms are figurative language that is used to convey a thought or a feeling. These kinds of phrases are typically used as an alternative way to relay a literal message without using literal language. “Much obliged” is one of these English idioms. Here you will find the meaning of the phrase, details about its origin, examples of how to properly use the phrase in conversations/statements and other ways to say the same thing.

The phrase “much obliged” means that someone is extremely thankful for what someone else has done for them and can imply that they owe them a debt or a favor in return.

A news report statement in a story about a serious car accident.

A statement made in the school yearbook by a student.

A conversation between an employee and his boss.

Other Ways to Say “Much Obliged”

As is the case with all these types of phrases, there is a literal way to say “much obliged” that still means the same. For instance, simply saying thank you or I am forever in your debt are two ways to convey the same meaning. 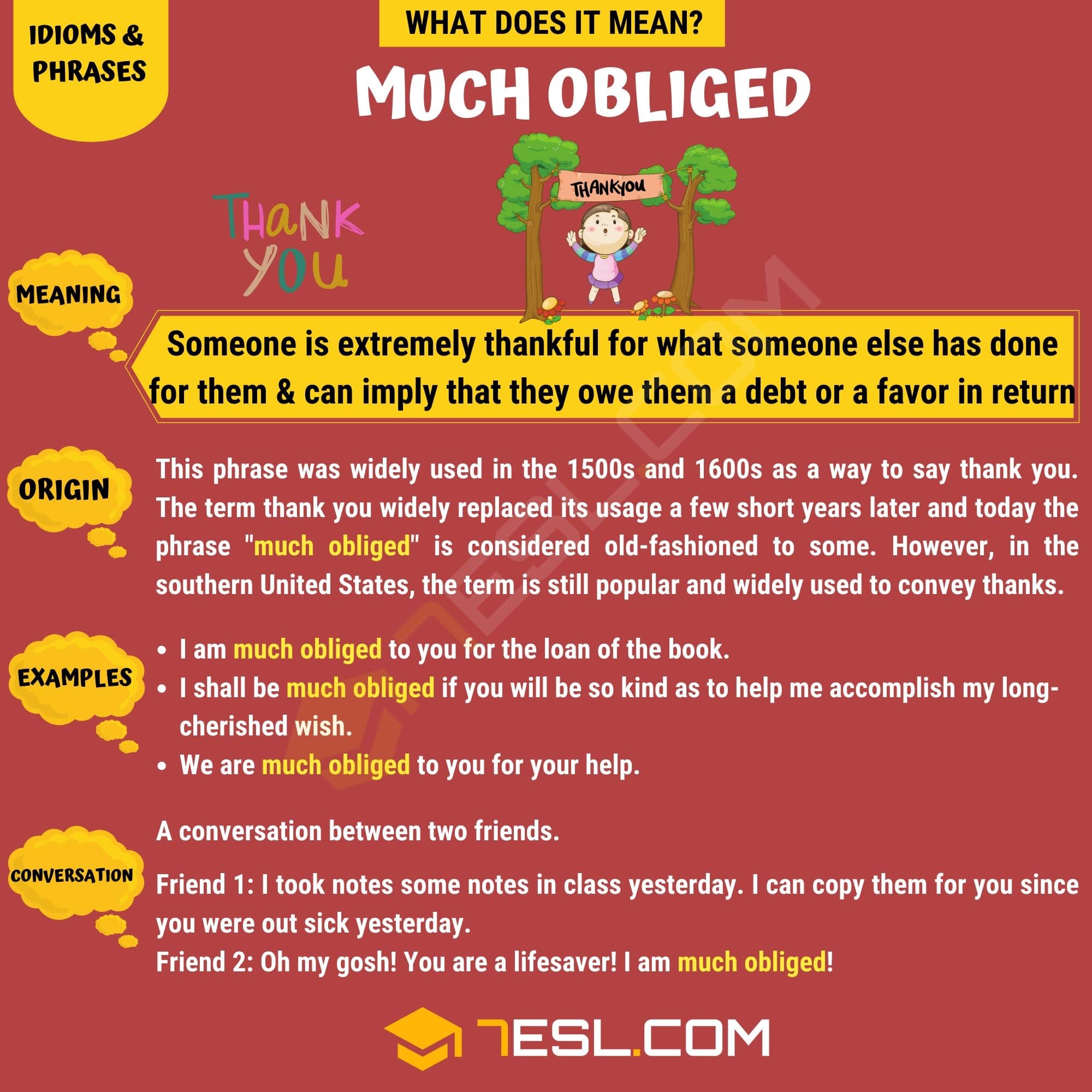