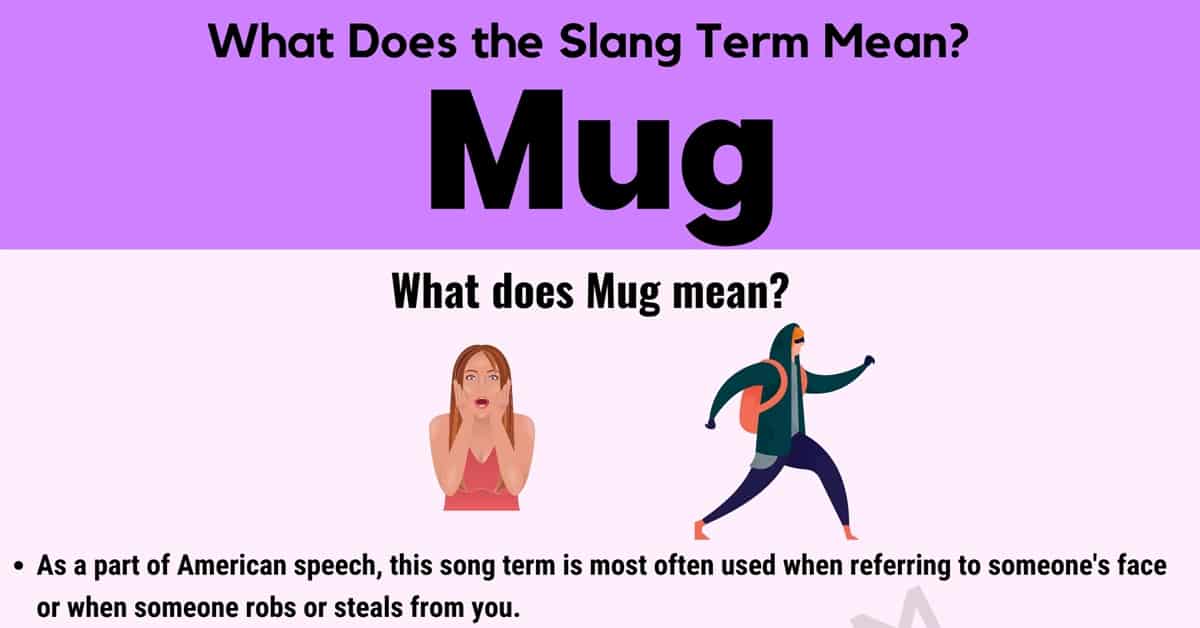 If you thought the word “mug” could only be used to identify a type of cup you drink coffee out of, think again. When used as slang, this term takes on a much different meaning. In this article, the most common definition of this slang term used as slang will be identified.

You will also learn a bit about its origin and some other meanings. This will be followed by some conversation examples that show how to properly use this term in context and some synonyms you can use in its place will be provided as well.

What Does Mug Mean?

As a part of American speech, this song term is most often used when referring to someone’s face or when someone robs or steals from you.

This word was first used to describe a type of drinking cup sometime between 156o and 1570. It was originally a Scandanavian word derived from Danish/Norwegian word mugge or the Swedish word mugg, both meaning drinking cup. It is thought the origin of the meaning mentioned above for this slang term originated from these types of drinking cups because faces typically appeared on the sides of these cups for decoration. The definition meaning to assault followed from the face definition to mean a strike in the face.

There are some words and phrases that you could use in place of this slang term to mean the same thing. Some of the other things you can say include: 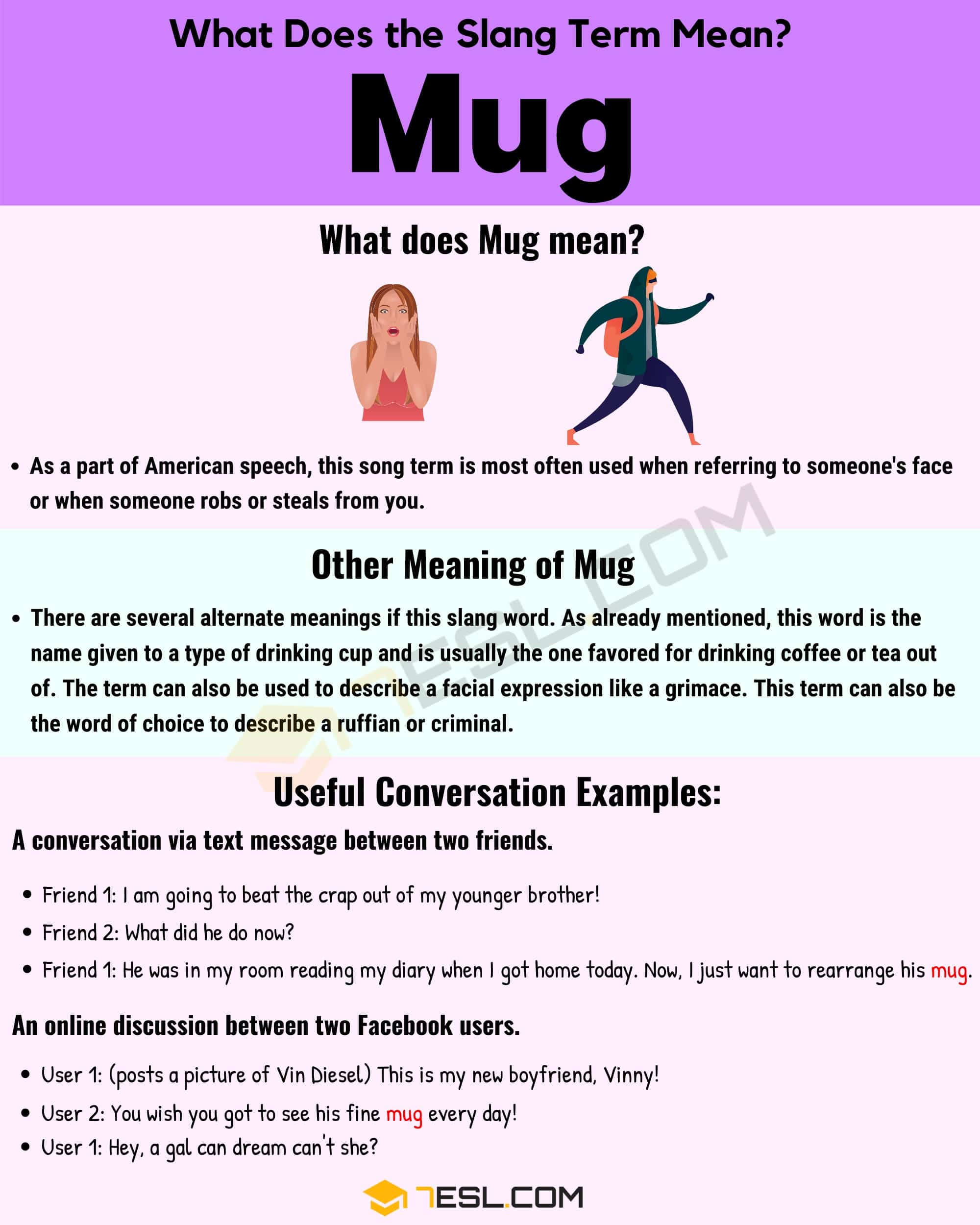