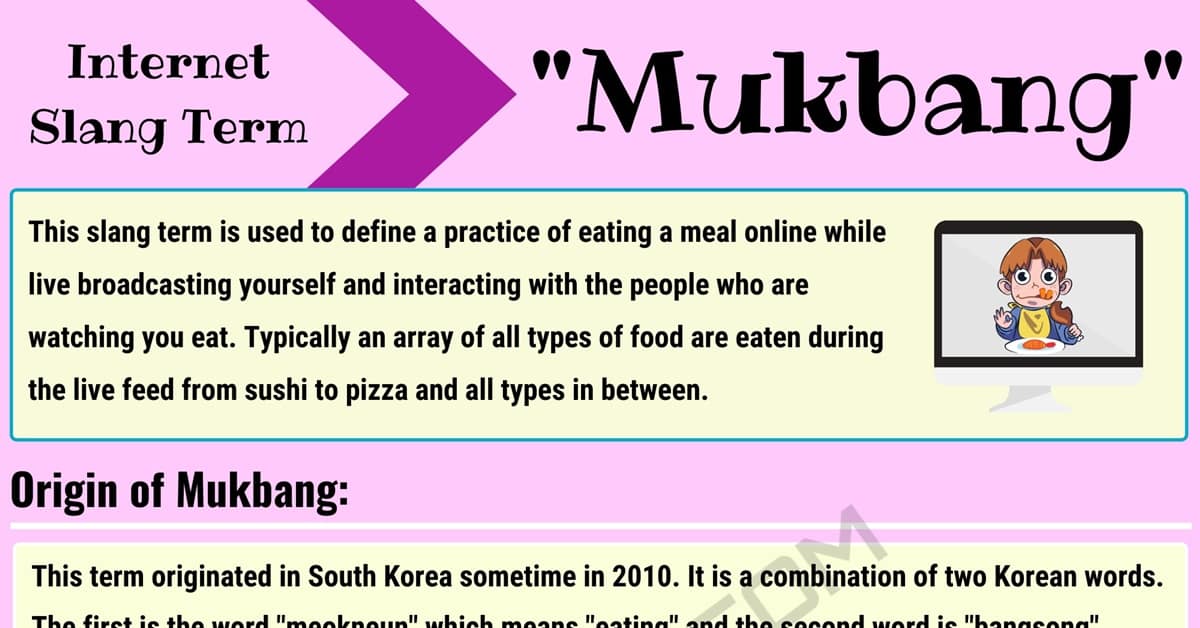 The slang term “mukbang” is not a word that most people are familiar with. Odds are you would fall within this category since more than likely you arrived here after searching for the meaning of this term. You are in luck because here on this page you will not only find the meaning of this term, but you will also see details about its origin and some other meanings the word may have if there are any to be found.

Example conversations are provided for you here as well to assist you in gaining a firm grasp of the definition and help you to learn how to use the word correctly in context. Finally, you will see some synonymous words or phrases that come close to the same meaning as this term so you can learn words that can be used in its place.

What Does Mukbang Mean?

This slang term is used to define a practice of eating a meal online while live broadcasting yourself and interacting with the people who are watching you eat. Typically an array of all types of food are eaten during the live feed from sushi to pizza and all types in between.

This term originated in South Korea sometime in 2010. It is a portmanteau of two Korean words. The first is the word “meokneun” which means “eating” and the second word is “bangsong” which means “broadcast.” Since first hitting the internet, these types of videos have gone viral on sites that allow people to broadcast themselves live in real-time. 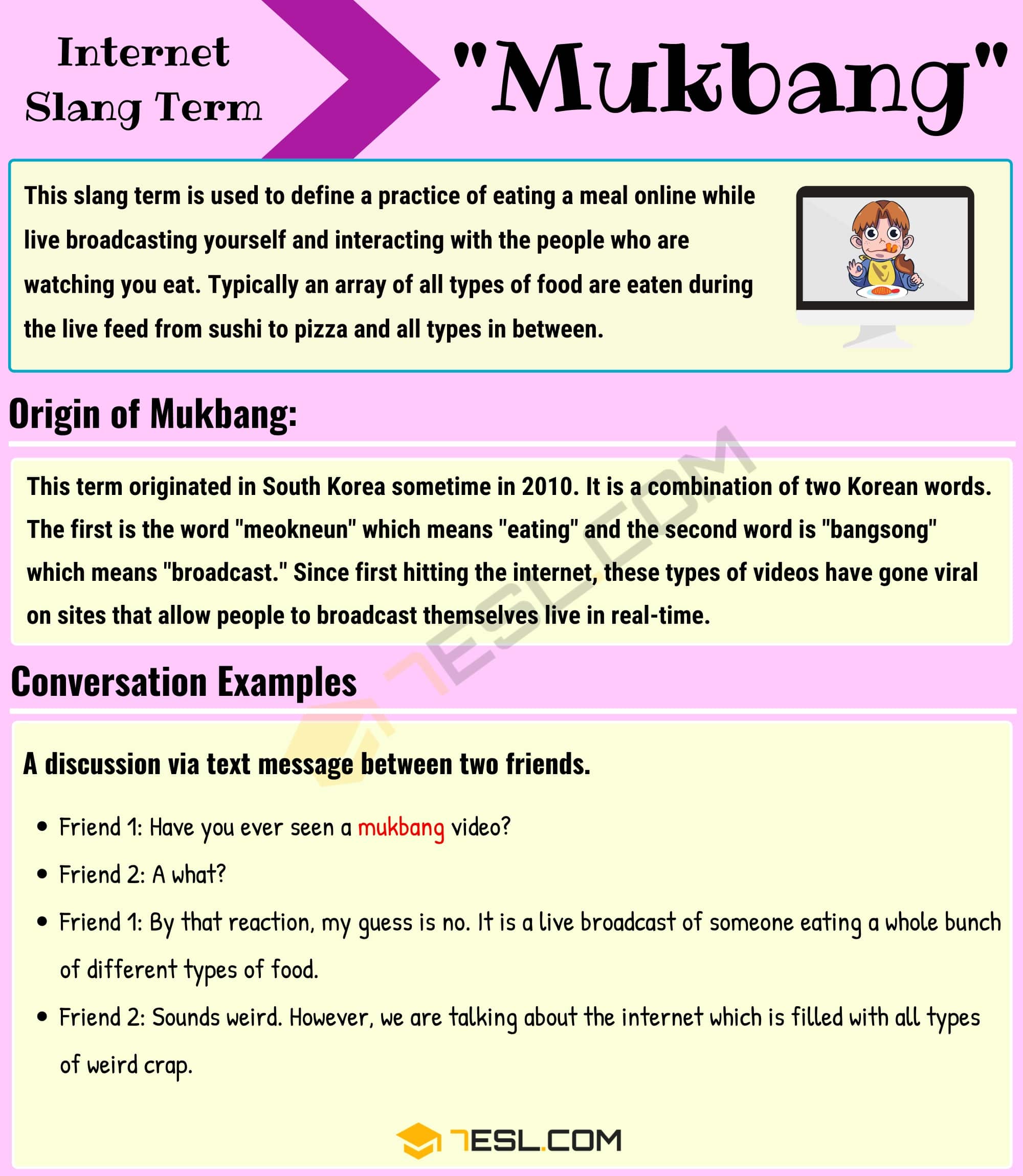