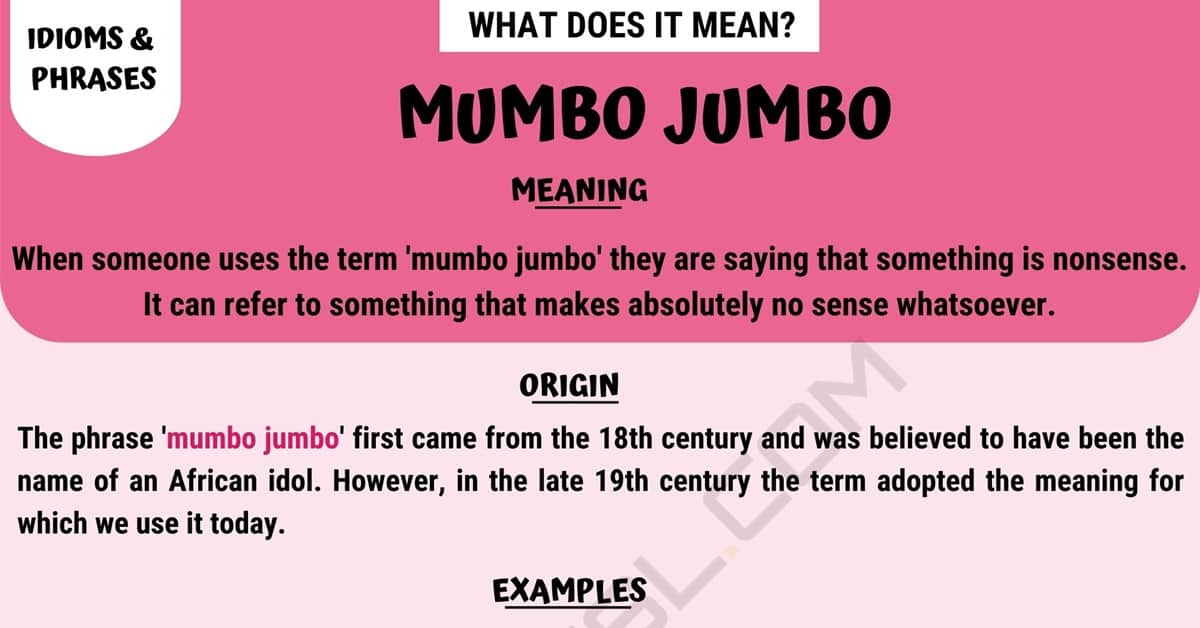 The term ‘mumbo jumbo’ may be heard often during conversations in the English language, but what does this term mean? We will take a look at the meaning of this phrase and how we can use it in a conversation. We will also look at the history of the term and where it first came from.

When someone uses the term ‘mumbo jumbo’ they are saying that something is nonsense. It can refer to something that makes absolutely no sense whatsoever.

The interesting idiom ‘mumbo jumbo’ first came from the 18th century and was believed to have been the name of an African idol. However, in the late 19th century the term adopted the meaning for which we use it today.

This is a statement which is being made by a teacher.

Here is a statement made in a magazine article.

The term ‘mumbo jumbo’ might be heard in a variety of different conversations. Here are some examples to show how it can be used in a conversation.

The first conversation example is taking place between a mother and son.

Here is a conversation between a husband and wife.

There are many other ways to express the meaning of the term ‘mumbo jumbo.’

Here are some examples of other things you could say which carry the same meaning. 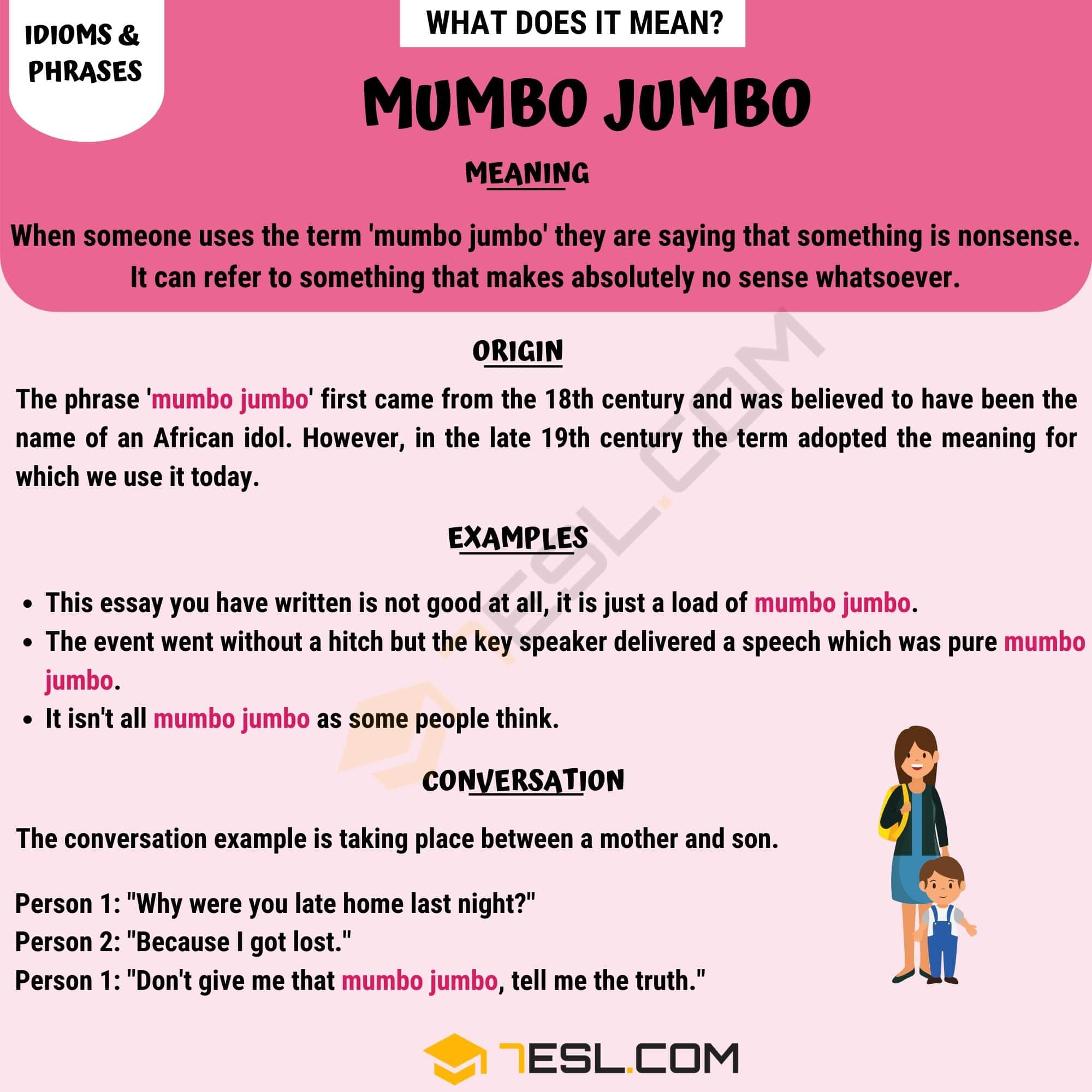 Is the phrase mumbo jumbo racist? Like saying bongo bongo land? The phrase is of west African origin.