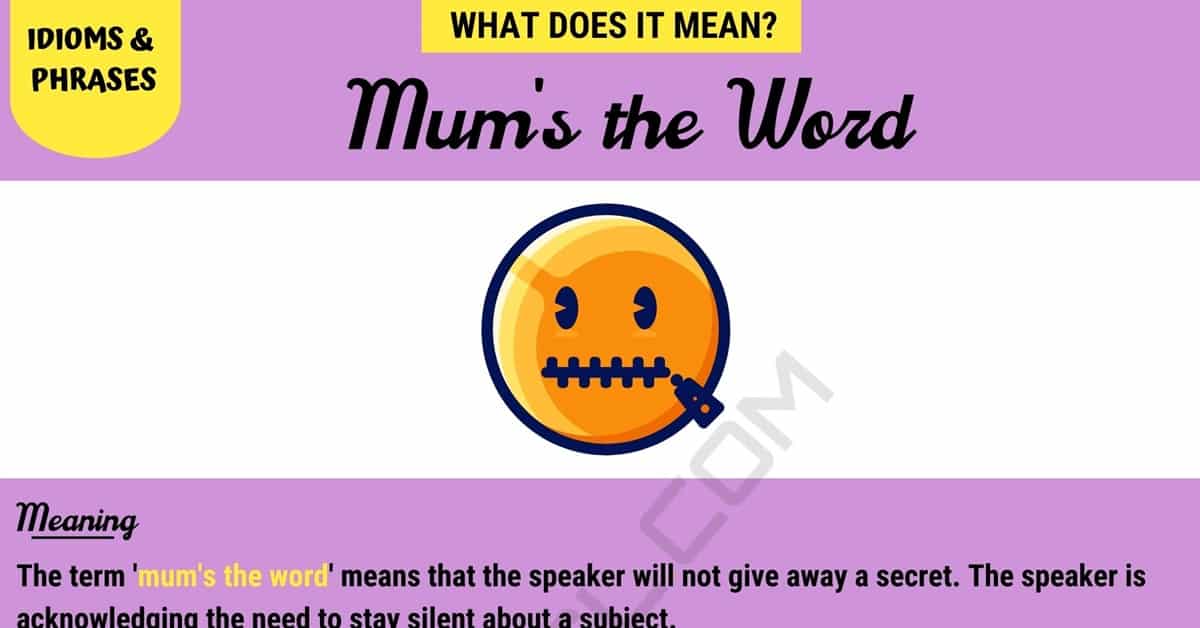 Have you ever heard someone use the term ‘mum’s the word’ in a conversation and wondered what exactly they are referring to? We are going to take a look at the meaning behind this saying and how it can be used in a conversation. We will also look at where this term originally came from.

The term ‘mum’s the word’ means that the speaker will not give away a secret. The speaker is acknowledging the need to stay silent about a subject.

The useful idiomatic expression ‘mum’s the word’ first came from the word mummer which was an old fashioned type of mime. Mummers acted out a scene without using words and so the term was developed from this.

This is a statement being made by a person in the workplace.

Here is a statement made by a father to his son.

If you are curious as to how the term ‘mums the word’ would work in a conversation, here are some examples to demonstrate its use.

The first conversation is between two brothers.

This next conversation is happening between two work colleagues.

There are other ways in which you can refer to the meaning of the term ‘mum’s the word.’

Here are some examples to show other ways in which you can say it. 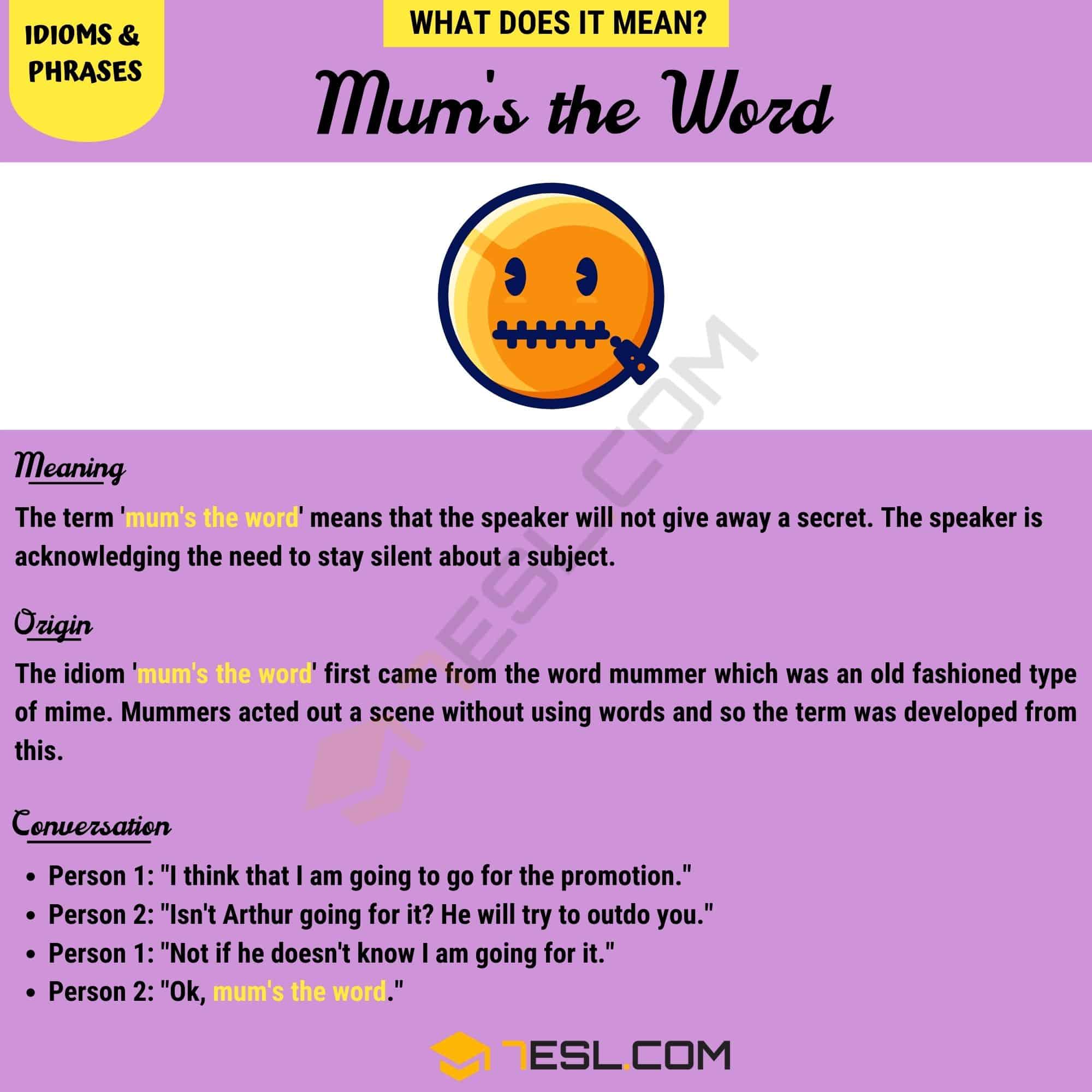