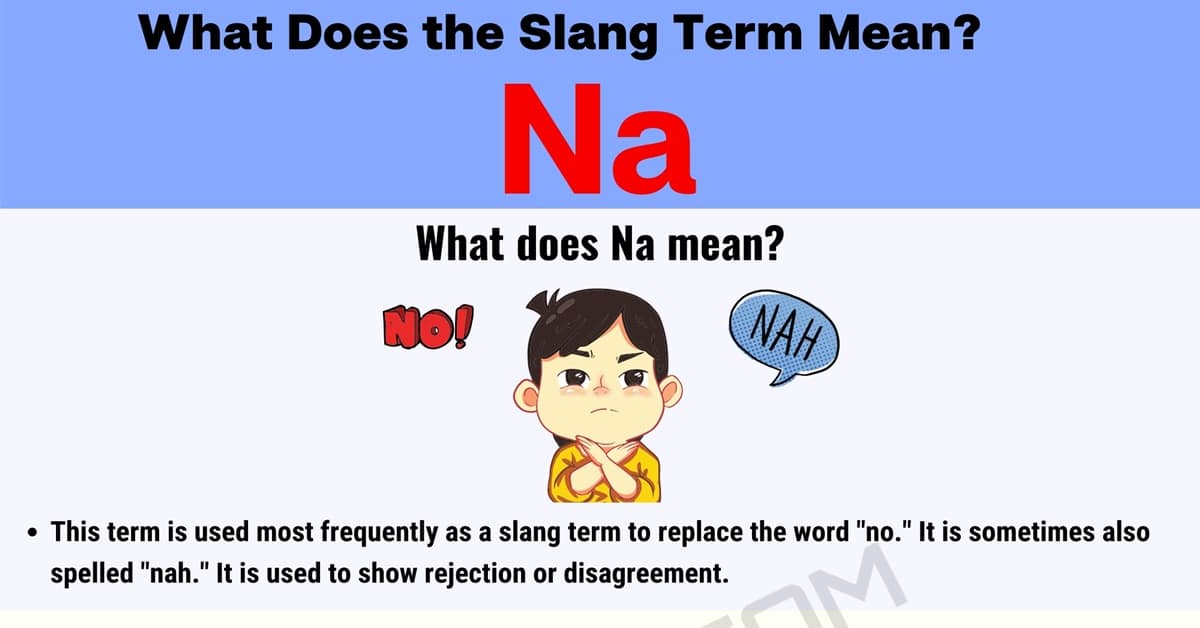 The slang term “na” is used everyday as a part of everyday conversation, both face-to-face, online, and in text. It is quite a popular term. If you are here it means you have heard or seen this term used and are wondering what it means. You are in luck and have come to the right place if this is the case. Here you will not only find the meaning of this term, but you will also find the information concerning its origin and some other meanings.

You will have the chance to read through some conversation examples that illustrate how this term is properly used in context also. Finally, you will see some synonymous words or phrases that you can use as substitutes for this term in everyday conversation.

What Does “Na” Mean?

This term is used most frequently as a slang term to replace the word “no.” It is sometimes also spelled “nah.” It is used to show rejection or disagreement.

This term has been used in the sense mentioned above since before the year 900. It is derived from Middle English in the area of northern England and Scotland and from Old English.

There are several other phrases that this word can represent when used as an acronym. It can be used to represent the phrases “not applicable,” “no answer,” “not available,” “not announced,” and “nice ass.” It can also be used to represent other things as well such as business names, practices, etc. and there are way too many to mention them all here. It is also the representation of the element sodium on the periodic table.

An online conversation between two users on a gaming forum. 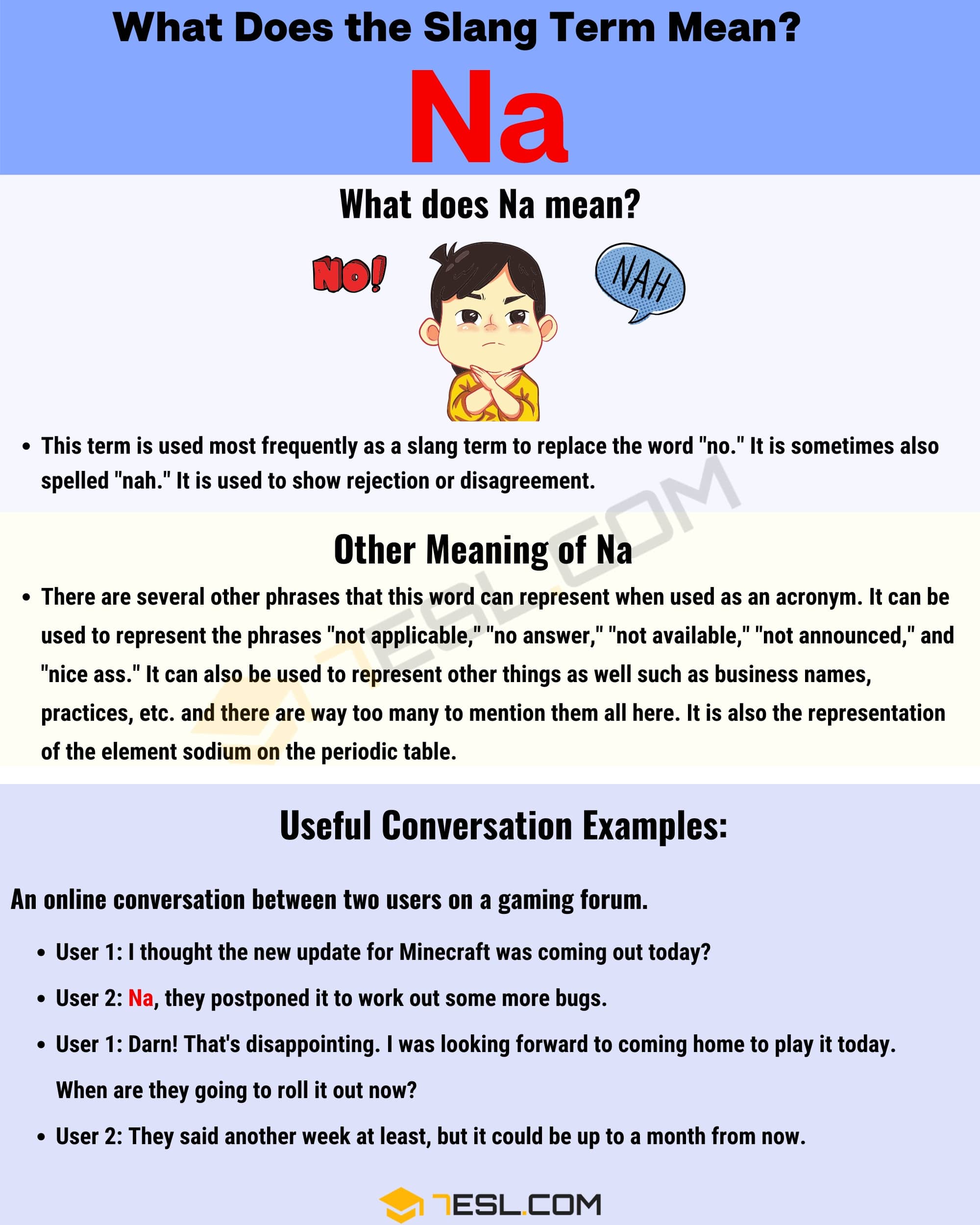