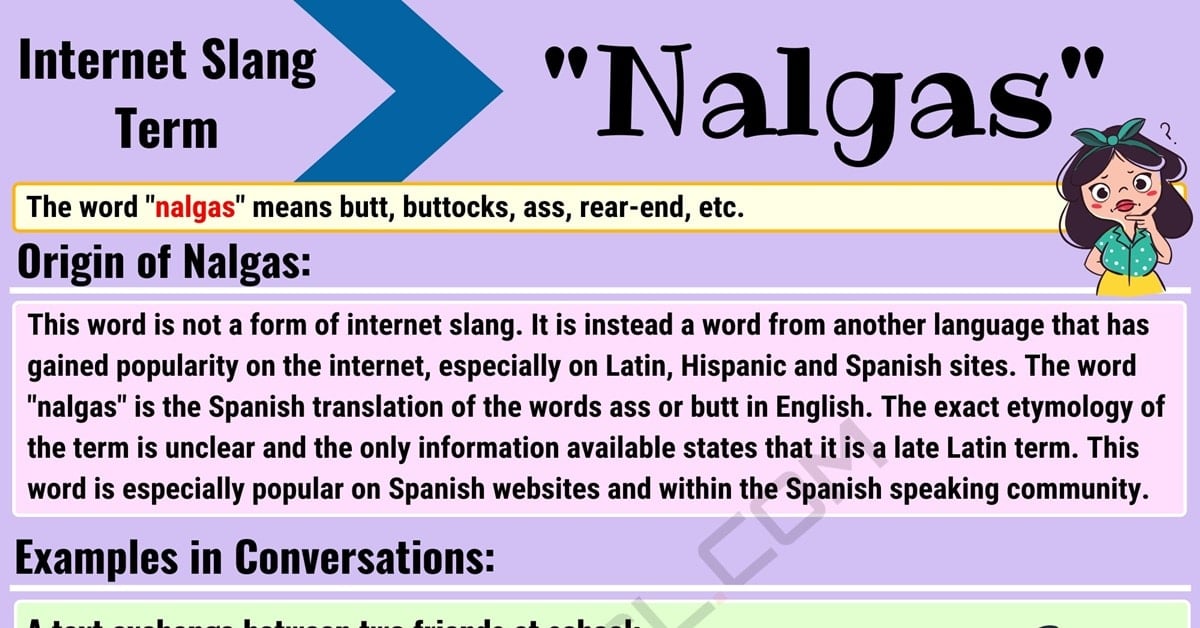 “Nalgas” is a popularly used word on the internet today. In this article below, you will find the definition of the slang term “nalgas” and also learn of its other meaning if there are any that exist.

The information regarding the origin of the word will also be touched upon, in addition to providing you with some prime examples of how to use this term properly in conversation. In conclusion, you will see some alternative ways you can say this word and still convey the same meaning.

What Does Nalgas Mean?

This word is not a form of internet slang. It is instead a word from another language that has gained popularity on the internet, especially on Latin, Hispanic and Spanish sites. The word “nalgas” is the Spanish translation of the words ass or butt in English. The exact etymology of the term is unclear and the only information available states that it is a late Latin term. This word is especially popular on Spanish websites and within the Spanish speaking community.

Another meaning that was suggested for the word “nalgas” is that sometimes it can be used to describe something that smells bad, like a dirty butt.

An online conversation between two players on an online game: 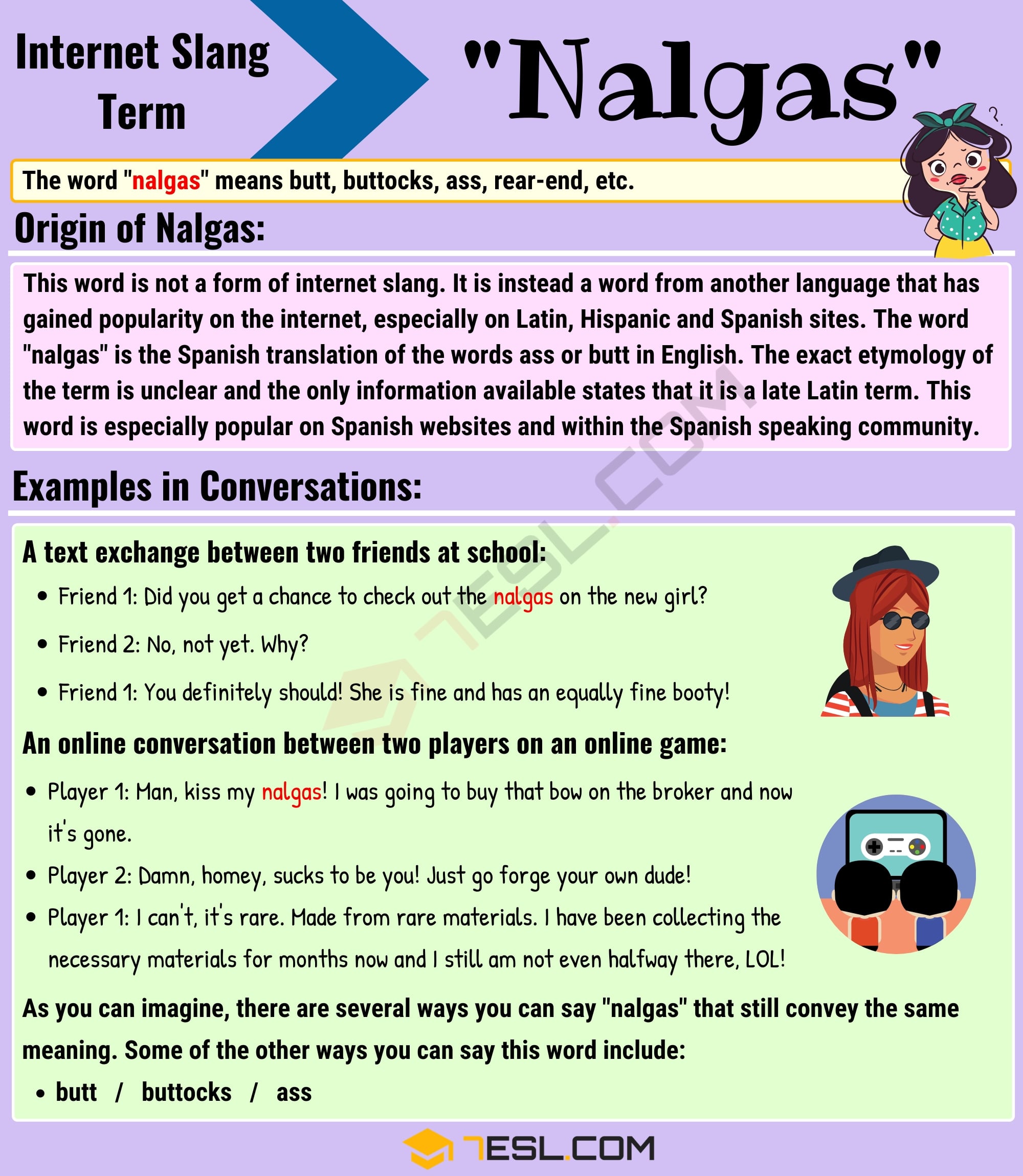