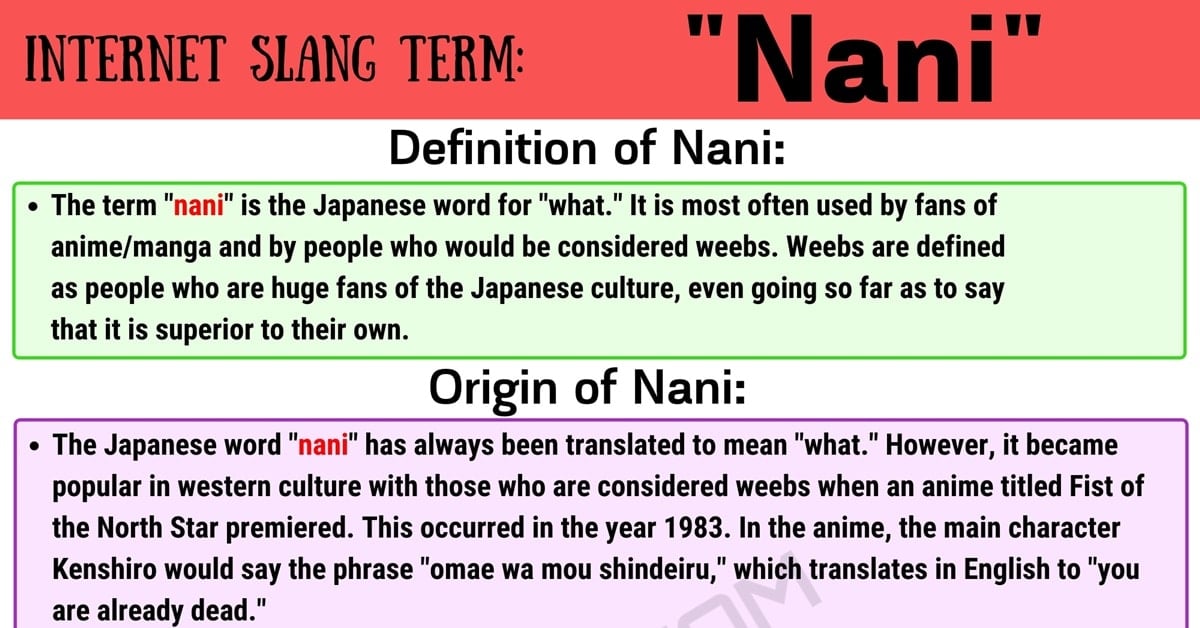 What does nani mean? If you have crossed paths with the slang term “nani” and are wondering about it, then you have reached your final destination. This page will tell you everything you wanted to know about the phrase including its meaning and information regarding its origin.

It will also tell you about some optional meanings for the term if there are any and provide you with some example conversations so you can further understand the term by seeing it used in context. Lastly, the information will supply you with some alternative words and phrases that you can use in place of the term “nani” to convey the same meaning in a conversation.

What Does Nani Mean?

The term “nani” is the Japanese word for “what.”

It is most often used by fans of anime/manga and by people who would be considered weebs. Weebs are defined as people who are huge fans of the Japanese culture, even going so far as to say that it is superior to their own.

Where Does this Slang Term Come from?

The Japanese word “nani” has always been translated to mean “what.” However, it became popular in western culture with those who are considered weebs when an anime titled Fist of the North Star premiered. This occurred in the year 1983. In the anime, the main character Kenshiro would say the phrase “omae wa mou shindeiru,” which translates in English to “you are already dead.”

When he would say this to a character in the anime series, the character would reply with “nani” as if they had not heard him quite clearly and then he would dispatch them. The phrase grew in popularity from this point and is still used by fans of anime today in memes and other online media.

A text discussion between two friends who are both huge fans of anime.

An online discussion by users on an anime forum.

There are very few alternative words or phrases that you can use in place of the term “nani.” Some of the alternatives you could use include:

What Does “Nani” Mean | Infographic 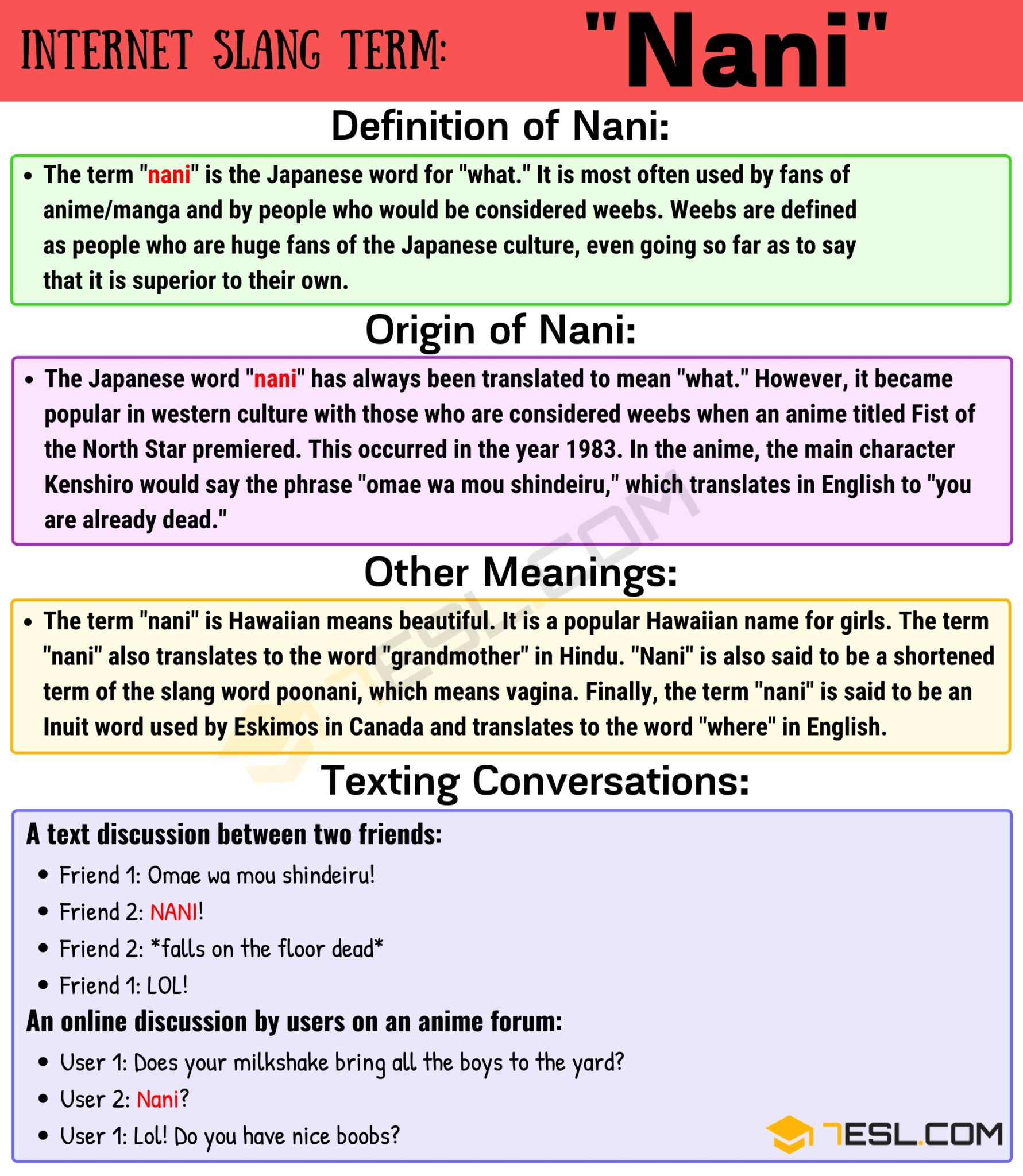