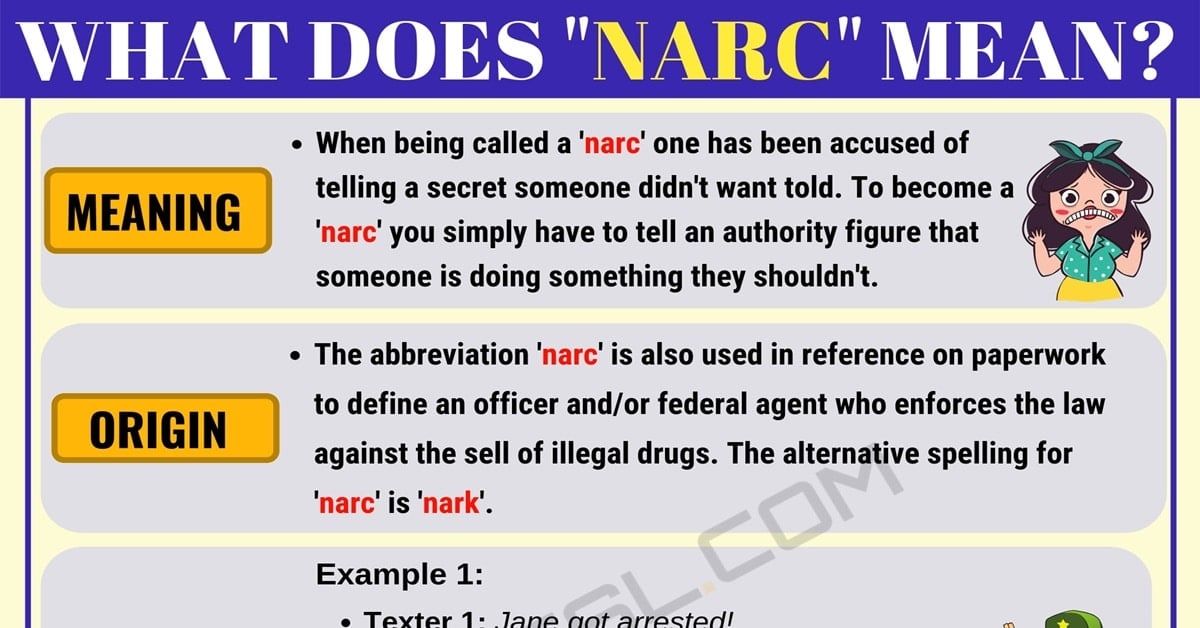 What does NARC mean? Learn how and when to use this internet slang word with ESL infographic and interesting texting conversations in English.

What Does NARC Mean?

When being called a ‘narc’ one has been accused of telling a secret someone didn’t want told. To become a ‘narc’ you simply have to tell an authority figure that someone is doing something they shouldn’t.

The abbreviation ‘narc’ is also used in reference on paperwork to define an officer and/or federal agent who enforces the law against the sell of illegal drugs. The alternative spelling for ‘narc’ is ‘nark’.

How this online slang word is most commonly used.

Two friends talk about how another friend shouldn’t have trusted a guy they all knew was going to eventually tell the cops what they were doing.

A conversation between two guys and one has a nice new pair of shoes that his buddy wants. However, how the guy obtained them he wishes to keep secret and knows the other guy can’t keep secrets so he calls him a ‘narc’ instead of saying, ‘sorry can’t tell you because you will tell the world.’

Here a girl blames her sister for telling their parents about a party she went to without permission, making her sister a ‘narc’ and resulting in the girl getting in trouble. 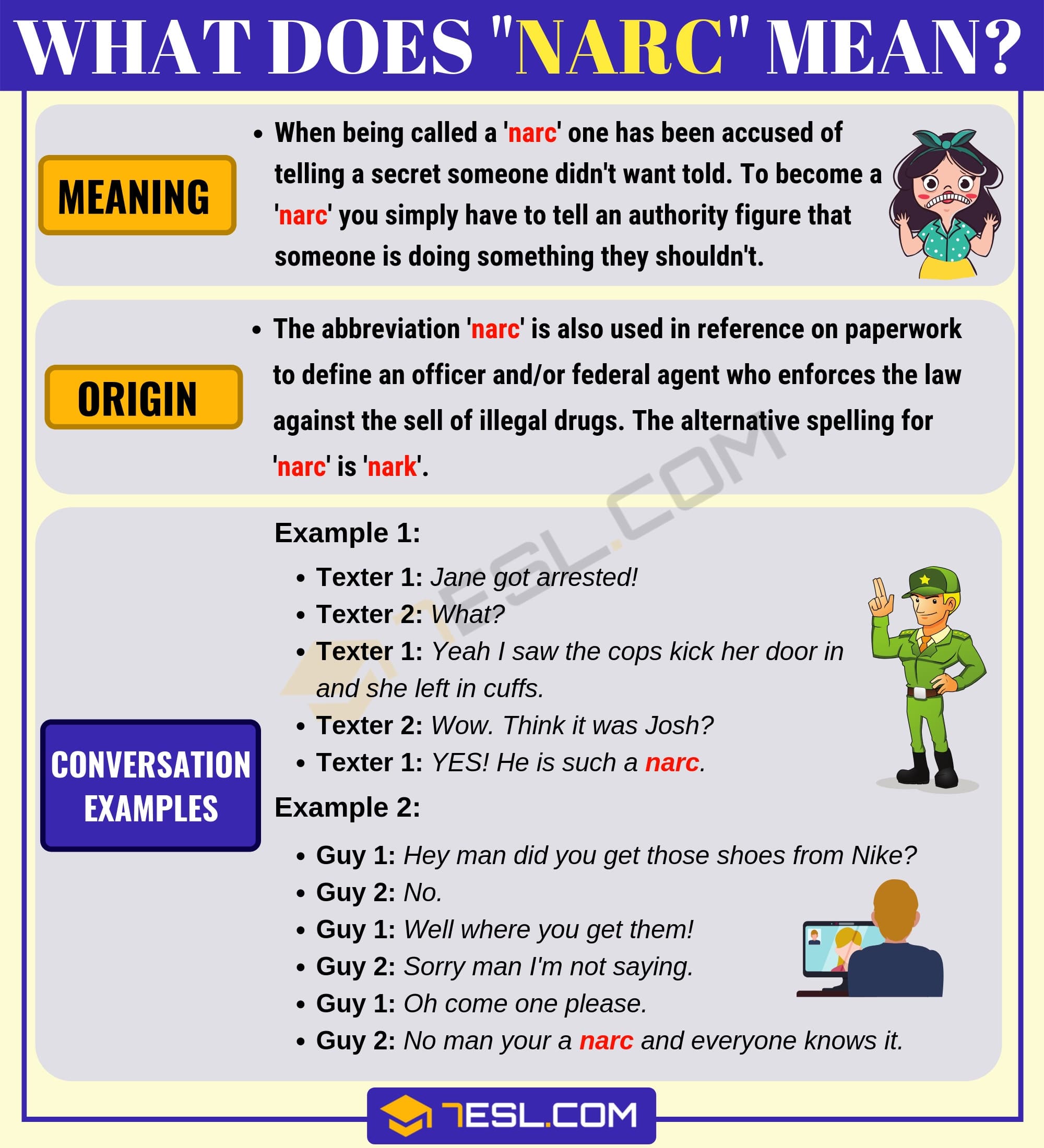