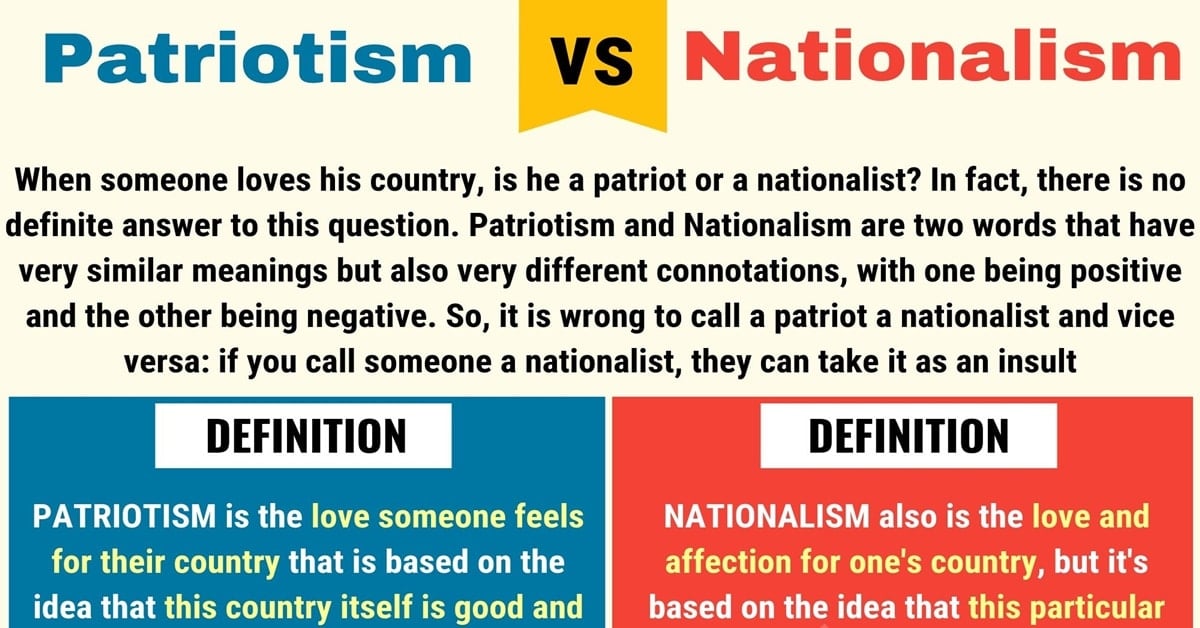 Nationalism vs. patriotism! When someone loves his country, is he a patriot or a nationalist? In fact, there is no definite answer to this question. Patriotism and nationalism are two words that have very similar meanings but also very different connotations, with one being positive and the other being negative. So, it is wrong to call a patriot a nationalist and vice versa: if you call someone a nationalist, they can take it as an insult. Read on to figure out the difference between these two words.

In other words, patriotism is about loving your country for its positive qualities without lowering other countries in any other way. A patriot understands that other people can feel the same way about different countries, and he doesn’t think that his own country is the best in the world. He accepts all of the flaws of his motherland but loves it anyway, and he is open to other patriots who love their home countries.

On the other hand, a nationalist loves his country because he strongly believes that all the other countries are worse. He doesn’t accept that anyone can feel differently and he supports that his country because it’s the best in the world, should dominate all the rest. In this sense, you could say that nationalism is the opposite of globalism.

In history, patriotism brought people together to fight difficulties. For instance, patriotism was one of the reasons why so many people fought in World War II, protecting their homeland and their fellow citizens. The biggest example of nationalism, however, also comes from the same war: it was nationalism that led to the Nazi party rising in Germany. There was a belief that Germany was superior to other countries, and that the Aryan race is superior to other races. Thus began the Holocaust, where millions of people were tortured and killed only because they weren’t from the “best” country in the world and didn’t have the “best” qualities that they were supposed to have to survive. 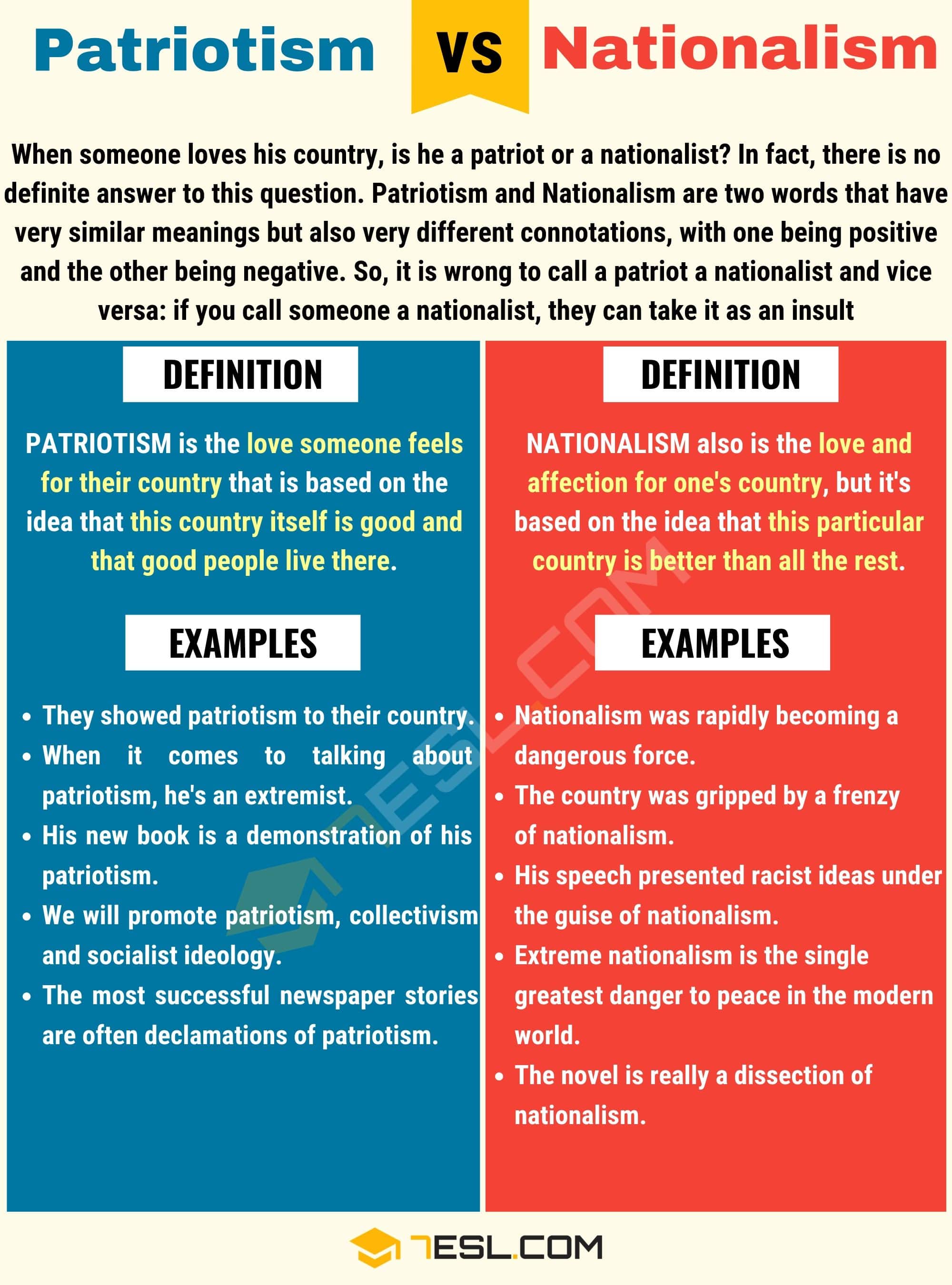 This article makes the critical difference between patriotism and nationalism clear. Patriotism derives from inspirational values and aspirational commitments. Nationalism arises due to belief in mythical superiority and excuses aggressive actions to enforce this false belief.

i need big tits in my bed