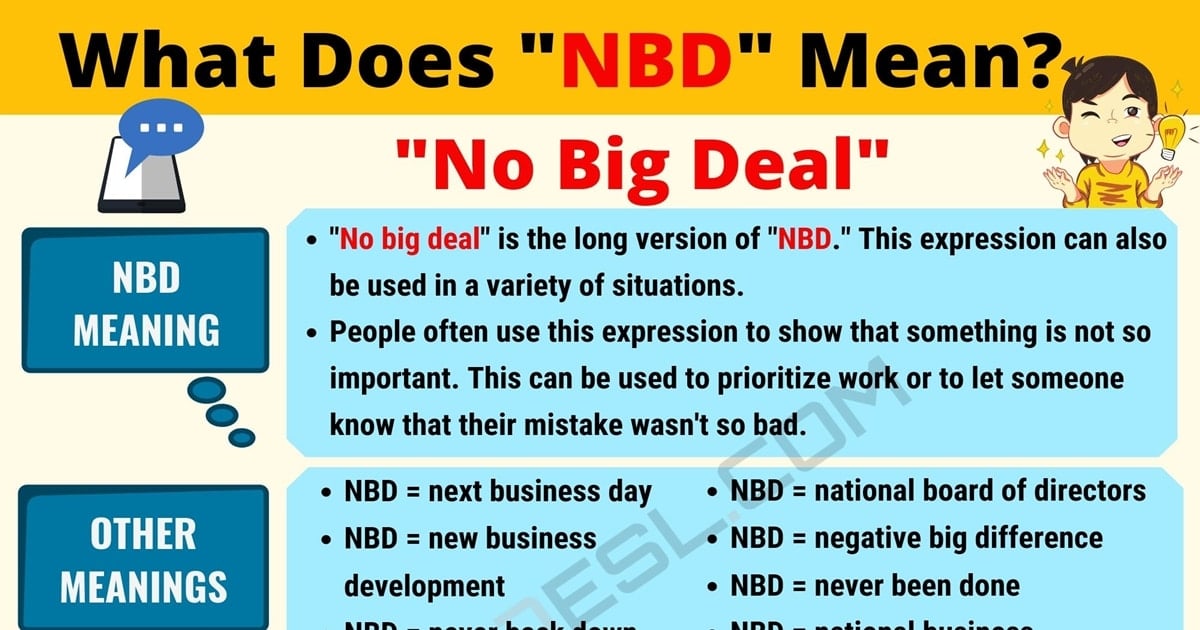 What does NBD mean? Are you looking for the definition of NBD with texting conversation examples? You have come to the right place! here we are going to explain how and when to use this text abbreviation with useful ESL infographic.

What Does NBD Mean?

“No big deal” is the long version of “NBD.” This expression can also be used in a variety of situations.

People often use this expression to show that something is not so important. This can be used to prioritize work or to let someone know that their mistake wasn’t so bad.

There are lots of people who use this internet slang term in their daily conversations.

Let’s look at some examples:

Friend 1 apologized for missing the meeting. Friend 2 lets him know that it’s NBD, or not so serious, and they can meet up again later. This is a way to make someone who apologized not feel so bad for what they did.

Co-worker 1 is worried about getting a report in on time. Co-worker 2 lets her know that it’s a low priority item since the client won’t need it right away. They can take their time and work on other projects.

Other Meanings of NBD 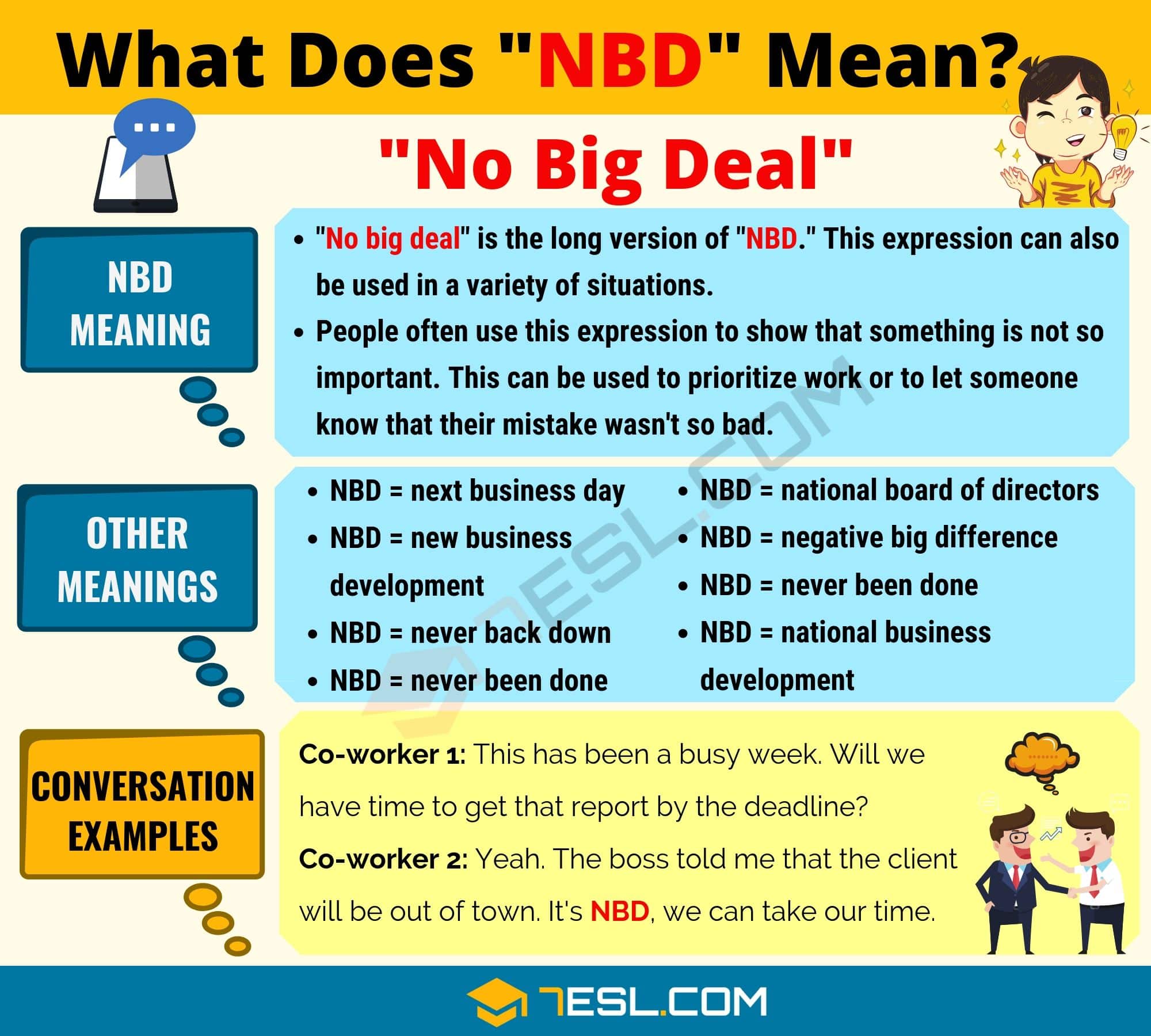 Other Ways to Say NBD

Different Ways to Say “No Big Deal” with Examples

It’s not a big deal

It will not matter