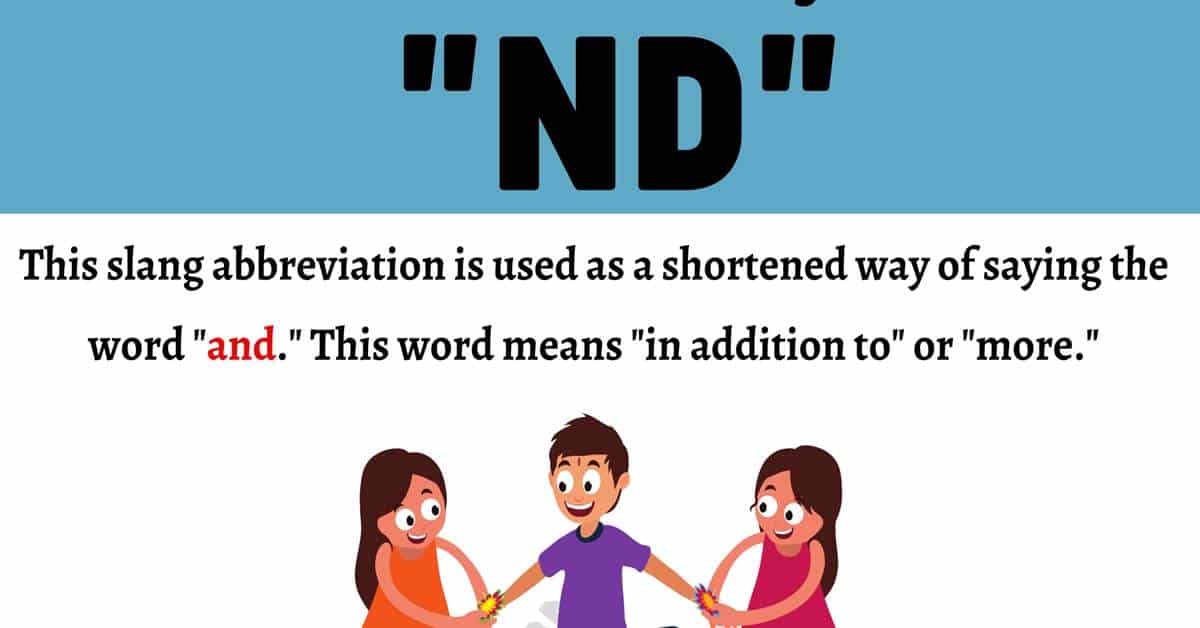 You may have thought that “ND” was an acronym and in some cases, you would be correct. However, in the case of what this term most popularly represents in forms of electronic messaging, you would be incorrect. Here you will see how this term has become a standalone word to represent another word that is used all the time in conversation. You will also find some details regarding the origin of both of these terms and some other meanings that include what this term can stand for when used as an acronym. Conversation examples are given as well so you can see how this term is properly used in the most common sense. Finally, you will discover some synonymous words and phrases that can be used in place of this term and the word that it stands for.

What Does ND Mean?

This slang abbreviation is used as a shortened way of saying the word “and.” This word means “in addition to” or “more.”

The exact origin of this slang term is uncertain. It was first defined on the internet in 2003 but had most likely been already been in use for years prior. It is believed that it first appeared as a simple typo or misspelling of the term “and” but its usage began to spread widely after enough people had made the same typo.

As a standalone term, there are no other meanings. However, this term can also be used as an acronym to represent many other terms, phrases and official titles as well. Some of the other things it can represent are “No Doubt,” “Not Done,” “No Download,” “National Director,” and “No Decision.” This is not an all-inclusive list of course, but just a few small examples of the possibilities.

A text conversation between brother and sister.

There are some other words and phrases that exist for you to use in place of this term and the word that it represents. Some of the other things you could say include: 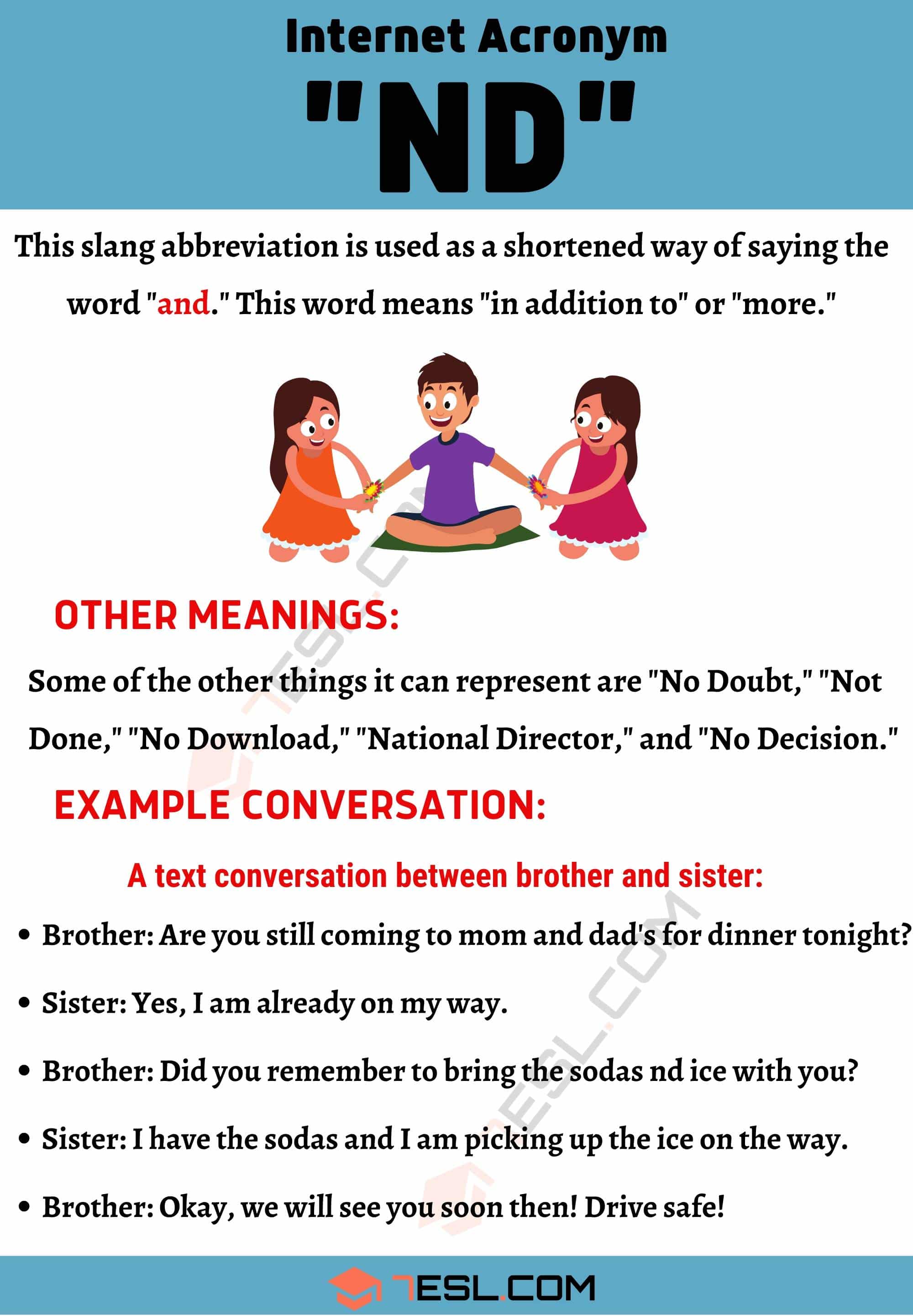