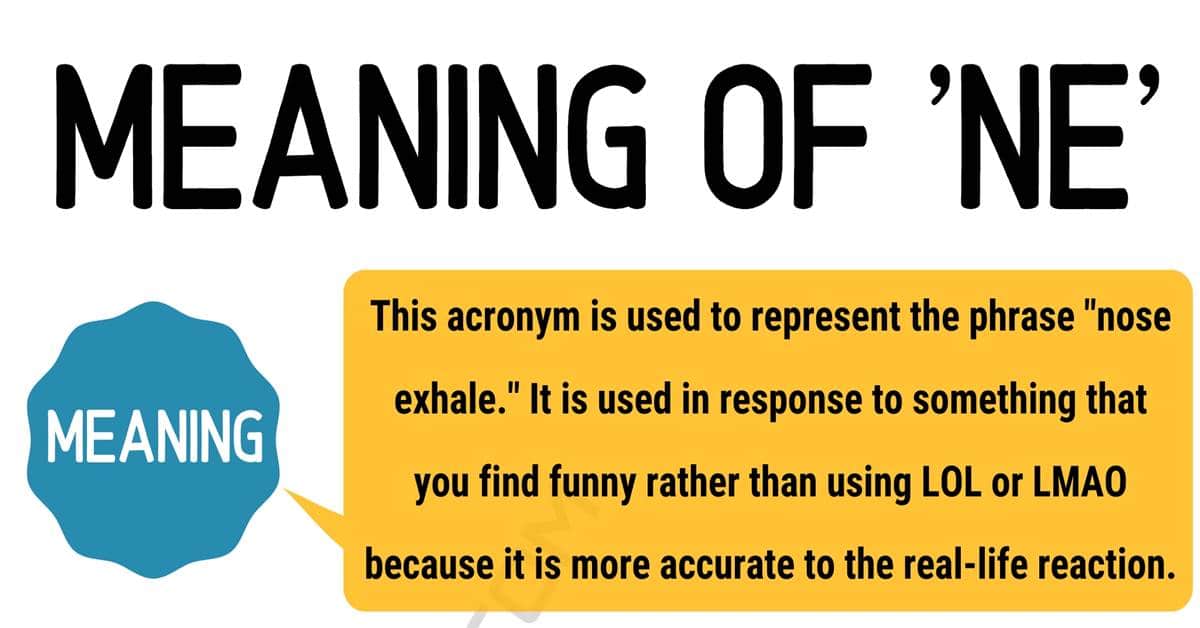 “NE” is the most common acronym that is used to replace other acronyms such as “LOL” or “ROFL.” It is obvious by seeing it used in this way that it means the response to something that makes you laugh, but what exact phrase could it possibly represent. You are probably asking yourself that same question after seeing it used somewhere and that is what led you here. If that is the case, then read on because here you will find the meaning of this acronym, information about its origin, and some alternate meanings. You will also find some conversation examples and some synonyms for the acronym or the phrase it represents.

What Does NE Mean?

This acronym is used to represent the phrase “nose exhale.” It is used in response to something that you find funny rather than using LOL or LMAO because it is more accurate to the real-life reaction.

Although there is no specific origin information available, this acronym has been used to represent the phrase mentioned above since at least 2016 when it first appears on the internet defined with this meaning.

A text message exchange between friends.

Other Ways to Say “NE” 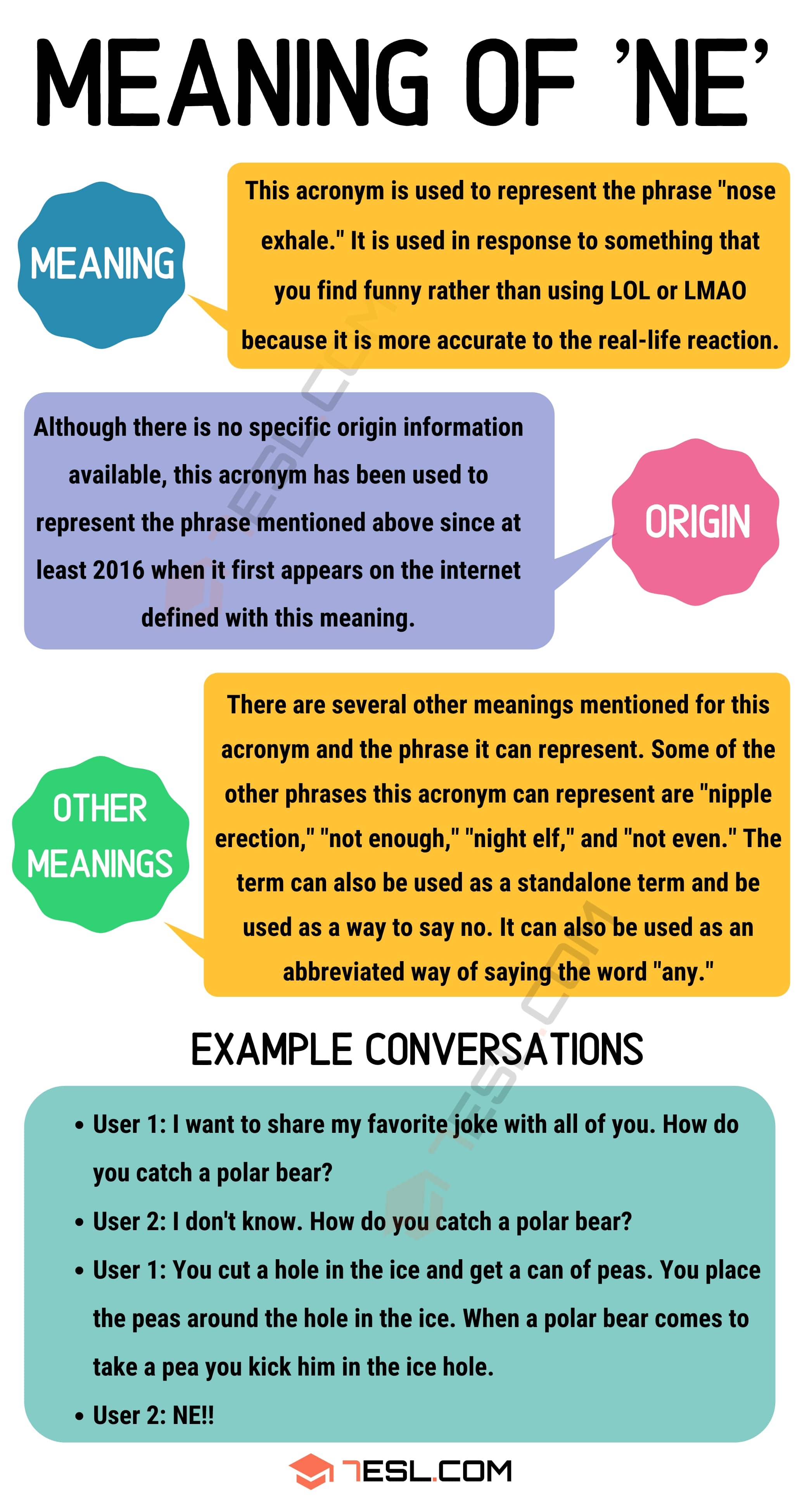