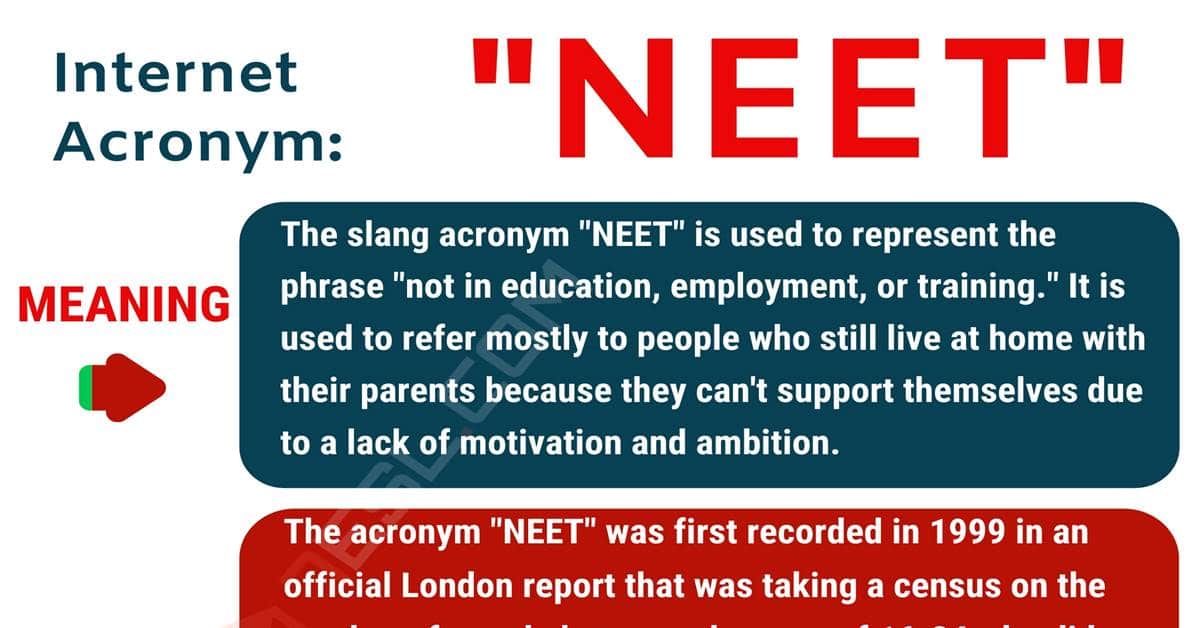 The acronym “NEET” is a relatively new form of internet slang used by the general public online. If you have come across this acronym previously and were left scratching your head wondering what it meant, then you have made it to the right spot. Not only will you find the meaning of “NEET” here, but you will also find information about its origin, optional meanings, and some example conversations illustrating how to use this term appropriately in a conversation. The article will wrap up by providing you some alternative words or phrases that you can use in substitution for this acronym.

What Does NEET Mean?

The slang acronym “NEET” is used to represent the phrase “not in education, employment, or training.” It is used to refer mostly to people who still live at home with their parents because they can’t support themselves due to a lack of motivation and ambition.

The acronym “NEET” was first recorded in 1999 in an official London report that was taking a census on the number of people between the ages of 16-24 who did not work or go to school. Japan followed with a similar official report of young people 15-34 who did not have employment, were not looking for employment, or were not attending school. Usage spread over the internet to other geographical locations through the internet, mostly YouTube channels and Reddit, once the reports had been published online and the definition changed over time to refer to these types of people in all manners no matter what age.

There are several words or phrases you can use to replace the acronym “neet” in a conversation. Some of these include: 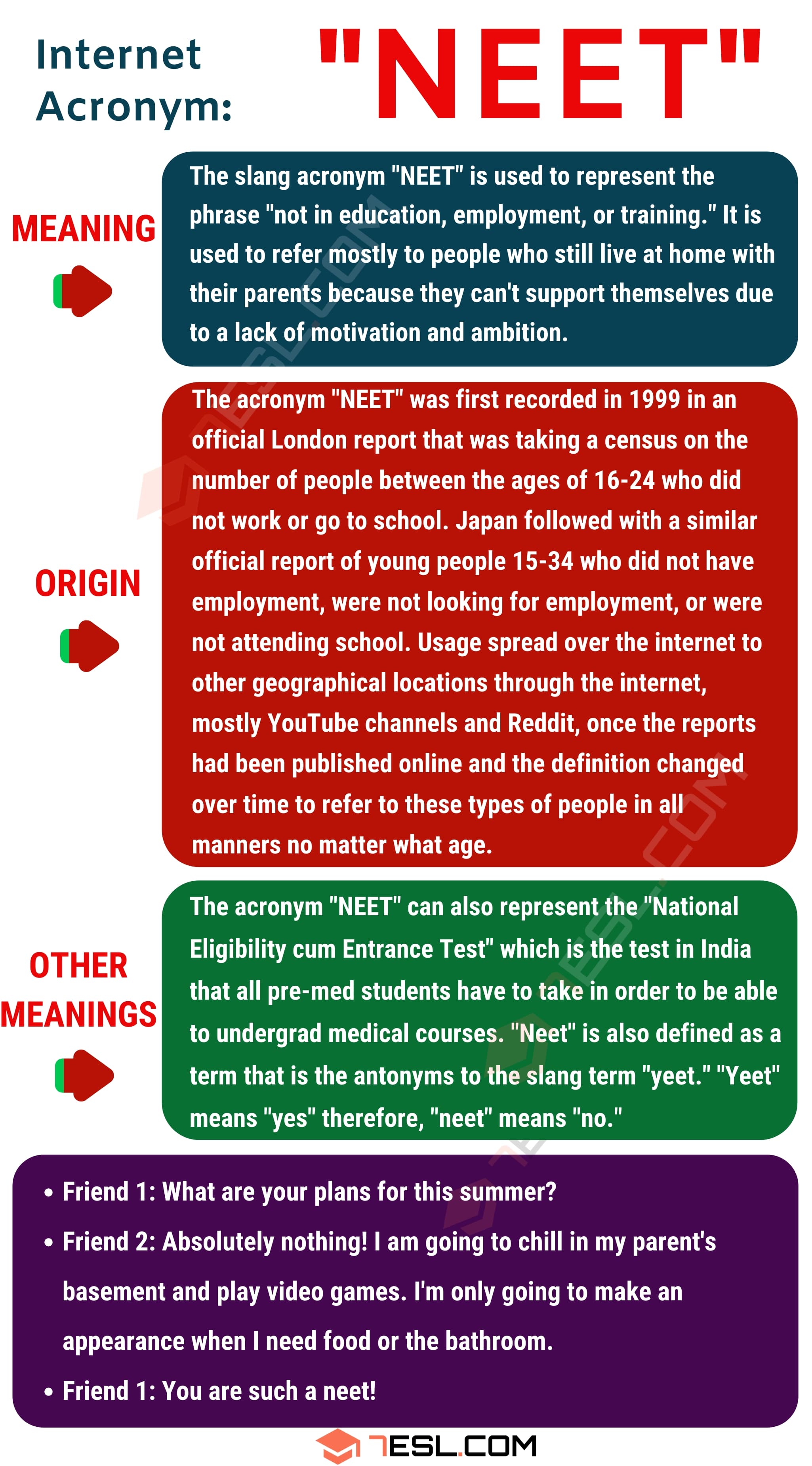