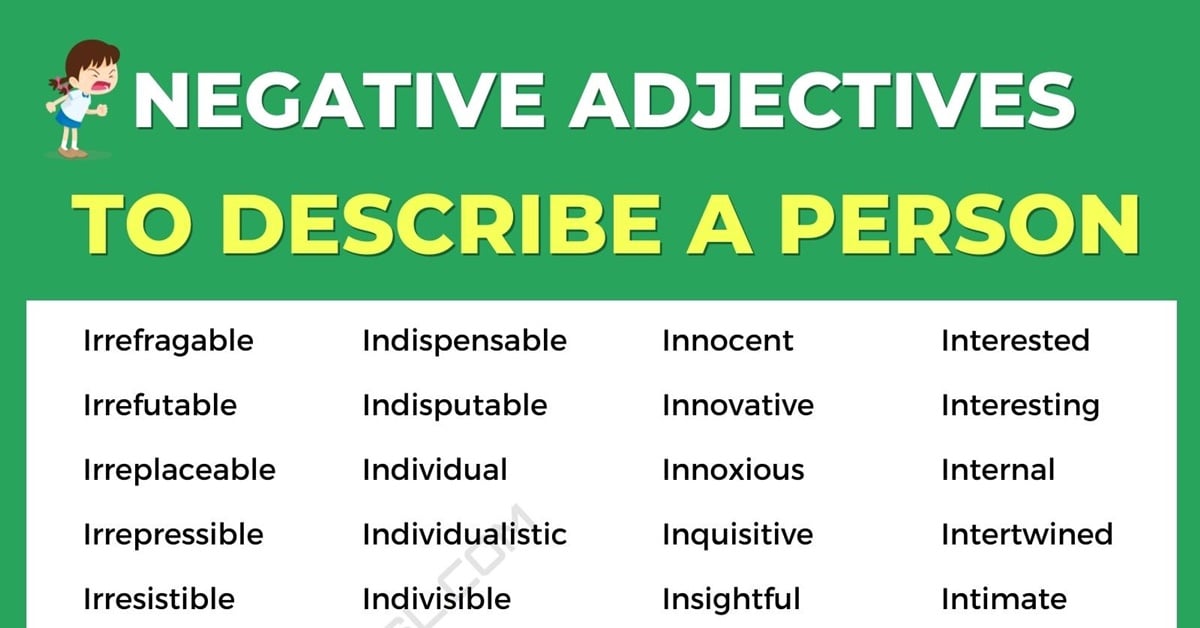 What are negative adjectives to describe a person? Negative adjectives are a common and often useful tool in your vocabulary. Words such as ugly, fat, old, etc., help you describe people and things. Sometimes though, you might want to take the descriptor a step further. How about describing someone using negative words? You know, like negative adjectives for people. This is called “defining” someone; it’s a way of saying that person or thing has the specified quality or trait. It can be done with words or actions, but mostly it’s done with words.

Negative Adjectives to Describe a Person

What are Negative Adjectives?

Negative adjectives set a specific tone for the sentence. They modify nouns and pronouns to be less favorable than their positive counterparts. And because they are usually expletive-free, they add humor to your writing without being distracting or annoying.

Negative Adjectives to Describe a Person with their Meanings

The following list of negative adjectives will give you an idea of how to use them when defining people:

An unhappy person is someone who is constantly complaining and holding a grudge. This can also apply to people constantly asking for things and always taking advantage of others. This negative adjective comes with a lot of baggage, and it’s not always the person’s fault.

People might not mean to be arrogant, but they’re usually aiming for a certain level of confidence that often comes across as arrogance. People are not all the same, and while some people are naturally high-centered, most people are not naturally confident. Many things can lead to an overgeneralized sense of self-worth, but one of the most prominent is confidence.

People also tend to use this word to describe the unaware nature of others. People always make mistakes, and when we’re not watching our backs, other people’s mistakes end up costing us. Some people are prone to being careless, and that’s perfectly normal.

People use this word to describe a person always looking for more. This can also apply to someone always eager for more.

This word also comes with a lot of baggage, and it’s not always the person’s fault. Sometimes, we just have to be patient. Some things in life take time to grow, develop, and mature, and it’s better to be patient with those things than to lose heart when things aren’t going well.

Most people have at least one friend who is their complete opposite in some way. When those people are together, the word “jealous” describes how they feel. But when someone is jealousy-free, they do not need to feel that way.

People use this word to describe an unfriendly or crude way of speaking. This is usually because someone is holding a grudge or being overly sensitive. If someone is being rude just because they’re too sensitive, there are other things they could be doing to take their mind off.

The negative words that we use to describe others can be challenging, but it’s important to remember that they’re just like us. Everyone has unique qualities, and it’s important to be honest with yourself about how you see others. If you want to be more open-minded, use these words to describe others. You’ll be surprised how many people you meet have different takes on things than you do. 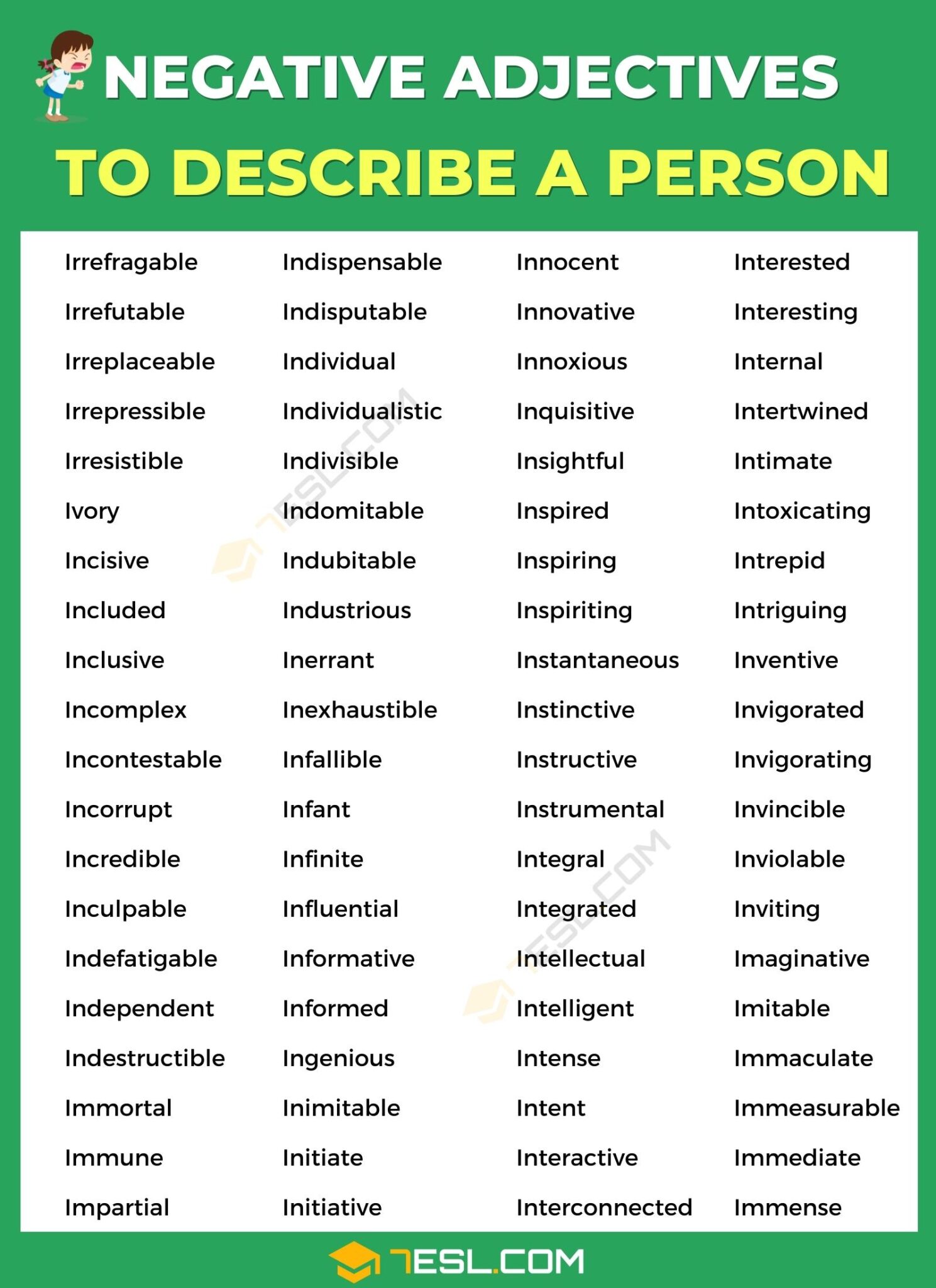