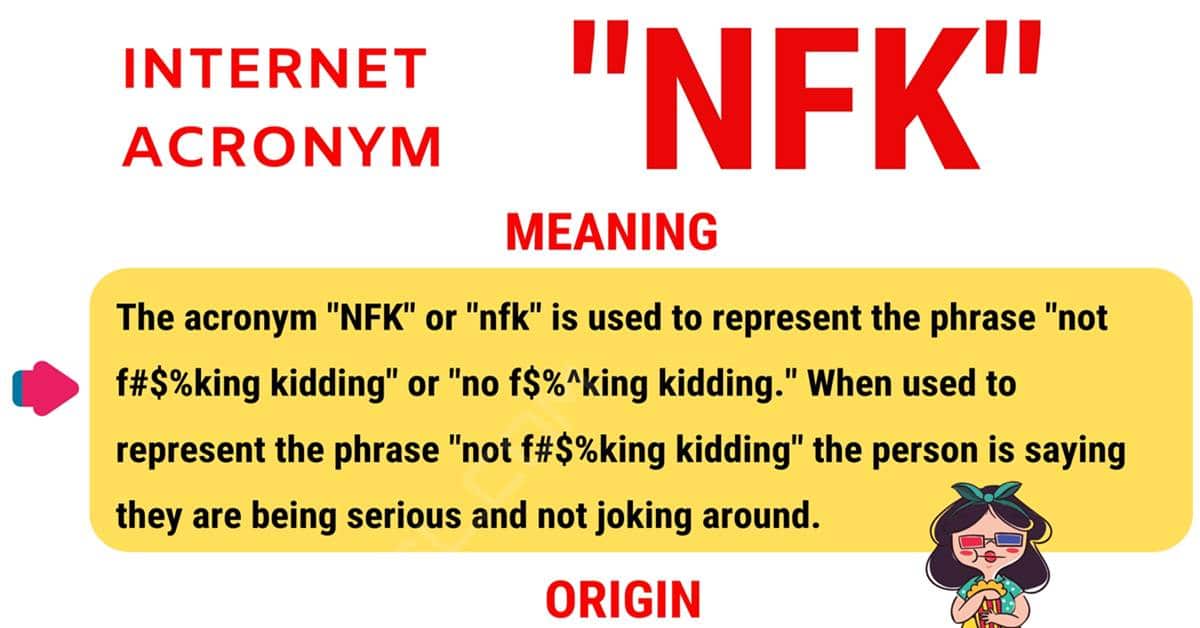 The acronym “NFK” is one that you may have seen before. If you have received this acronym as part of a text conversation or have read it during an online chat, you may be wondering what these three letters put together mean. Not only will you discover the meaning of this acronym here, but you will also see some information about its origin if such information is available and you will get the opportunity to see if it has some other meanings also. For further understanding, you will also see the acronym used in example conversations and discover some alternative ways that you can use in place of the acronym “NFK” to convey the same meaning.

What Does NFK Mean?

There is no specific origin information available regarding this phrase. However, the phrases stated above have been used as a part of everyday informal English for many years. Like most acronyms used on the internet today and in text message conversations, the popular phrases were reduced to this acronym to make them easier, quicker, and more convenient to type or text.

Other Ways to Say “NFK”

There are several different phrases that you could use in place of the acronym “NFK” and still relay the same message. Some of the alternative phrases you could use include: I’m not joking, I’m not clowning around, no way! 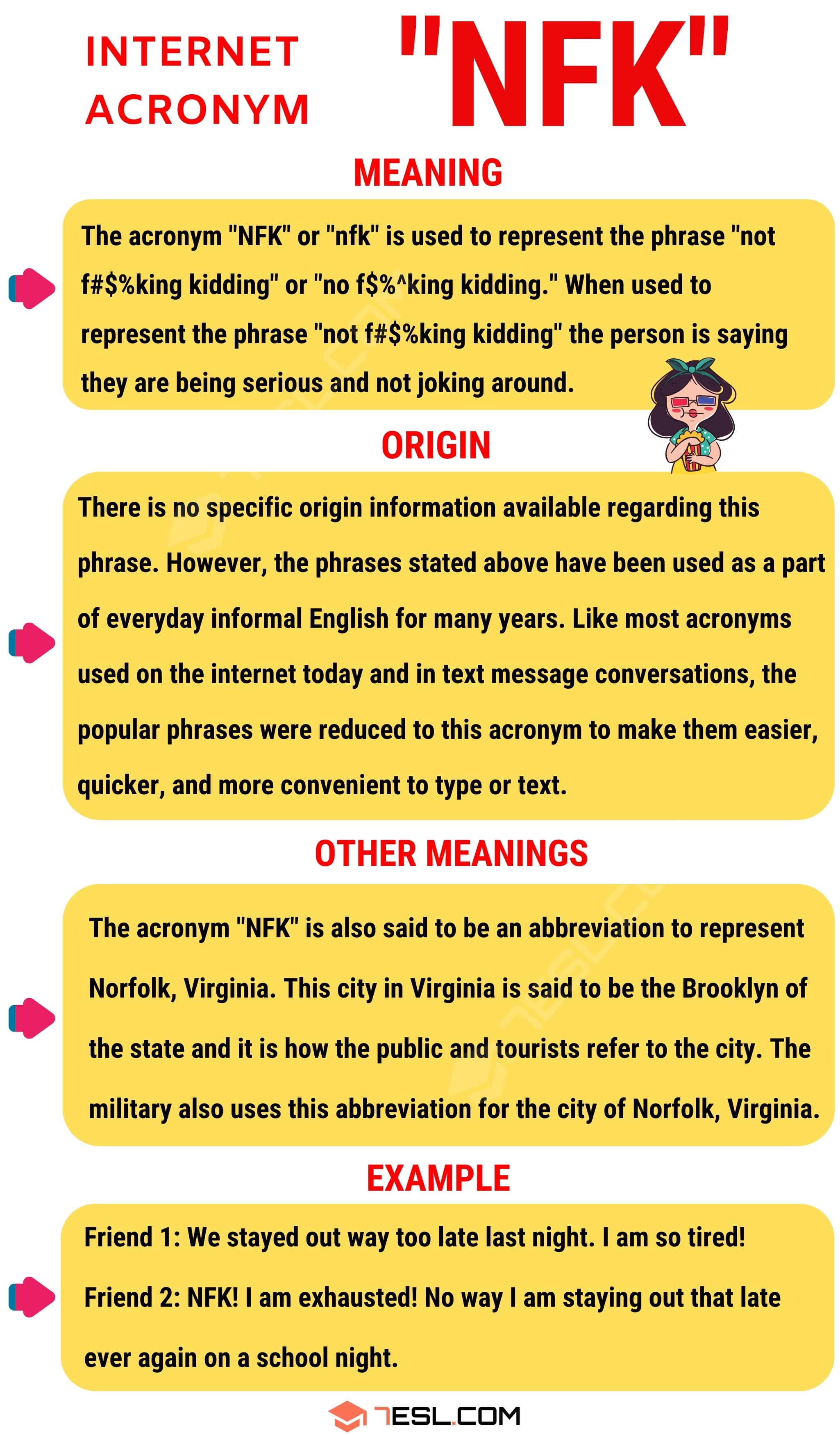