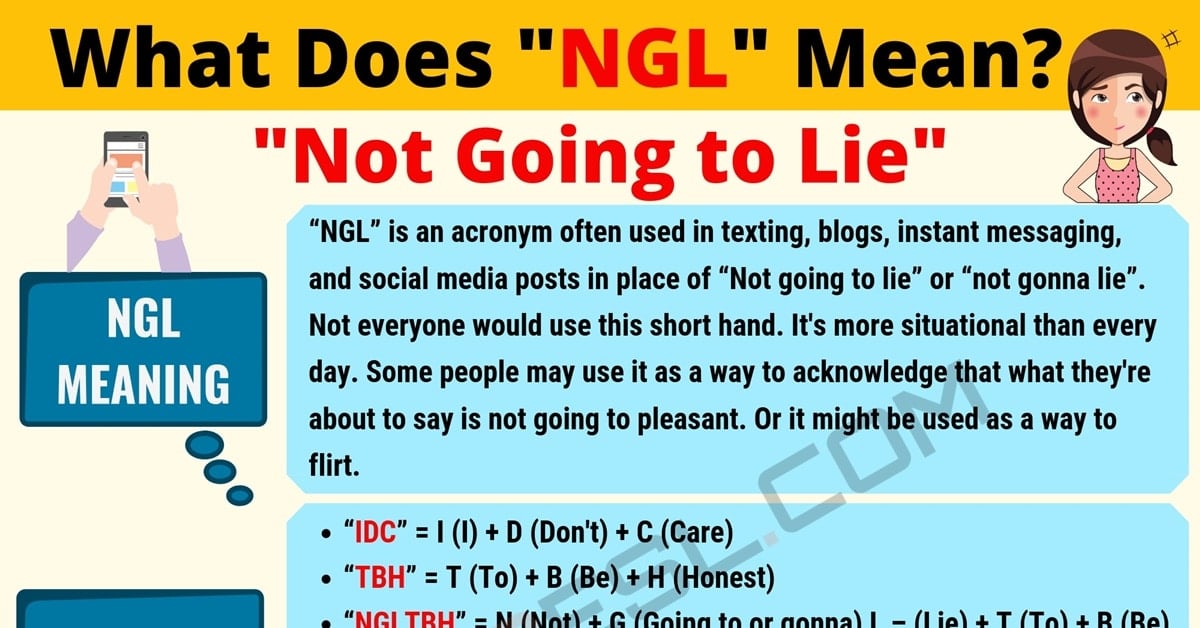 What does NGL mean? In this lesson, you will learn the definition and how to use this text abbreviation with ESL infographic and useful conversation examples in English.

What Does NGL Mean?

It is an acronym often used in texting, blogs, instant messaging, and social media posts in place of “Not going to lie” or “not gonna lie”. Not everyone would use this short hand. It’s more situational than every day. Some people may use it as a way to acknowledge that what they’re about to say is not going to pleasant. Or it might be used as a way to flirt.

Some people might even use it when they’re attempting to start an affair, even though one or both parties are already involved with someone else. It can also be used prior to saying something that you know will get ridiculed. It’s your way of saying, this is my opinion and “idc”, or “I don’t care” about what you think.

“NGL” is often used with “TBH” so that it becomes “NGLTBH”. “Tbh” means to be honest. Why people find it necessary to first say I’m not going to lie, and then follow that with to be honest. To me, it’s basically repetition but most text lingo doesn’t make sense to me in the first place so I’m used to it. You might also see or use “T.B.H.”. Same meaning, just a different format.

There is also a slightly less used “INGL”, or “I’m not going to lie”. Other slang words that might often be used in connection with or in place of “NGL” is “STW”, which is “Swear to God”. Or “FR”, which is “For Real”. Some people often use “frfr” to signify that they are serious about something. This means “for real, for real”. Once again, just repetition. Maybe people think it makes them sound more sincere. Idk (I don’t know). Yo

What is NGL’s origin?

“NGL” appeared in the Urban Dictionary, online, in 2015. No explanation has been provided about how this acronym began or where. Its popularity has risen due to the increased number of people using social media and blogs.

Here are some examples of how these acronyms might be used:

**In this conversation, speaker 1 has elected to tell speaker 2 something that seems a little harsh but she informs the other person first before being blunt.

**In this conversation, Speaker 1 is admitting the truth about something, even though her friend thinks it’s weird.

**In this example, Speaker 1 is using “ngl” as a way to flirt with a girl through messaging, even though she has a boyfriend, which she obviously doesn’t seem to care about either.

Example 4 with “NGLTBH” (Not Going to Lie To Be Honest)

**In this conversation, Speaker 1 uses a lot of shorthand to show his shock and excitement over getting away with whatever thing they did that they weren’t supposed to do. Shame shame.

“NGL” can also stand for natural gas liquids, which would be used primarily in a scientific conversation. Types of NGL are gasoline, crude oil, butane, and propane, just to name a few. It is highly doubtful that you would ever use this acronym in this way unless you are specifically talking about chemicals, which let’s face it, most of us do not do on a daily basis. 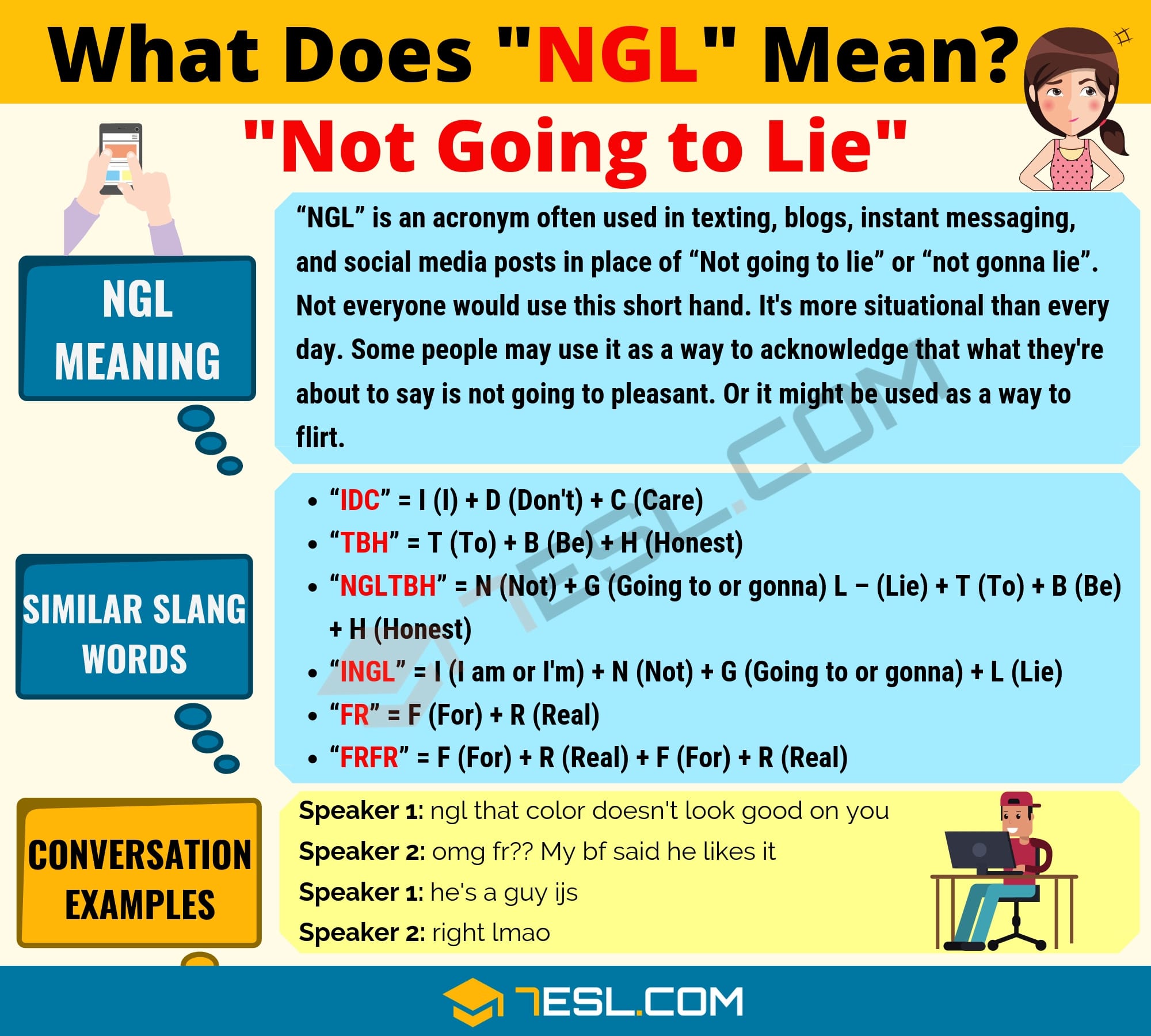 smt means send me the video ! 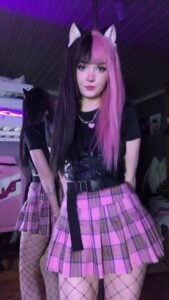