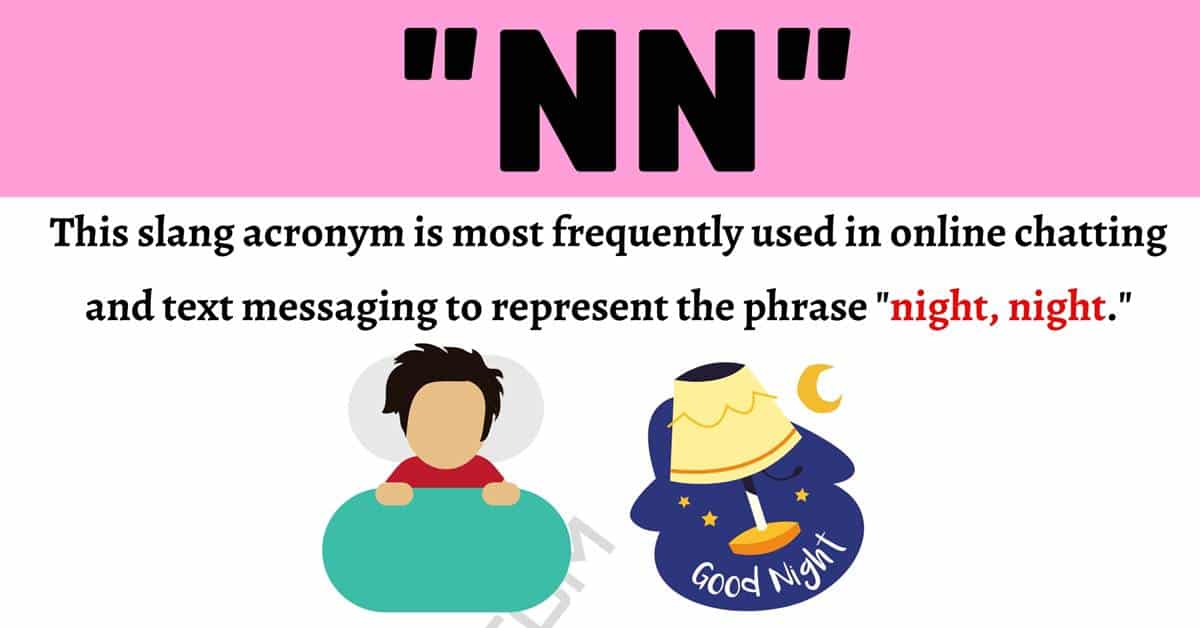 The trendy acronym “NN” represents a phrase that is normally used in some form by every person every day. If you have recently encountered this acronym and a search for its meaning led you here, then you have made it to the right place. Here you will not only find the meaning, but you will also discover the details of its origin and some other meanings if there are any to be found. You will also find some example conversations to help you see how the acronym is used in a proper context. Finally, you will discover some synonyms for this acronym and the phrase that it represents.

What Does NN Mean?

This slang acronym is most frequently used in online chatting and text messaging to represent the phrase “night, night.” It is used to say goodnight or end a conversation at the end of an evening.

The exact origin of this acronym and the phrase it represents are not known. However, it is speculated that the phrase began being used in the 1800s as an alternative form of bidding someone goodnight. It is believed it started as the phrase “nighty-night” before it became the phrase stated above.

This acronym can also be used to represent many other simple phrases such as “not now,” “not necessary,” “no need,” “no no,” and “no name.” The acronym can also represent more technical terms like “Nearest Neighbor,” “Neural Network,” “Nice Nade,” “No Noobs,” and “Not Negotiable.” This is not an exhaustive list of possibilities because there are just too many choices to mention them all here.

A conversation between boyfriend and girlfriend. 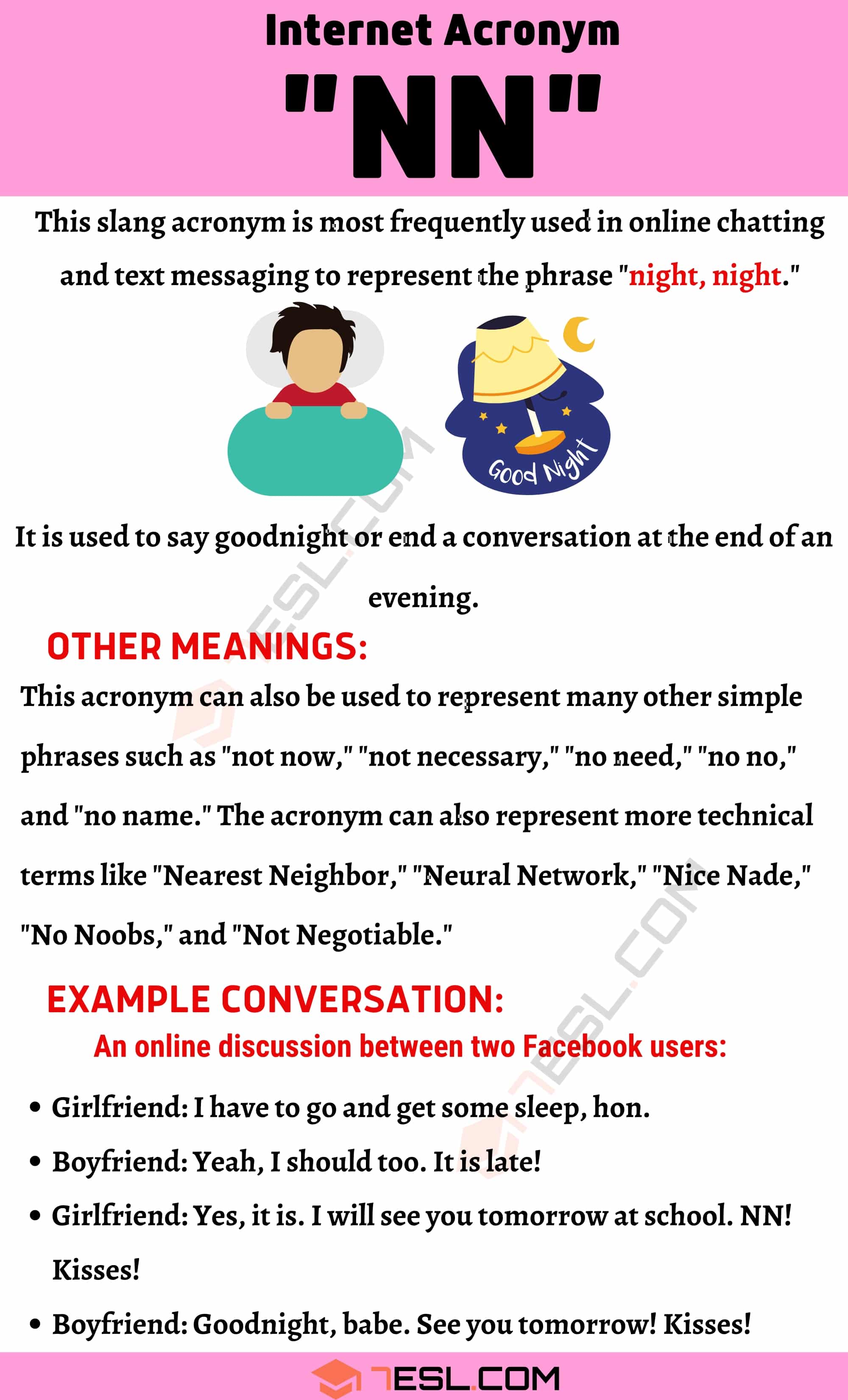