Learn the The Difference between NO vs NOT with example sentences and how to use NO and NOT in English.

Difference between NO and NOT

How to Use NO

There is no general rule without some exception.

I’ve got no time to waste.

There are no people I recognize here.

No smoking in this area!


No playing in parking area!

How to Use NOT

I’m not the only one.

Not many people showed up.

There’s not much food in the house.

He does not want to study.

The motorbike is not very fast.

Difference between NO vs NOT | Image 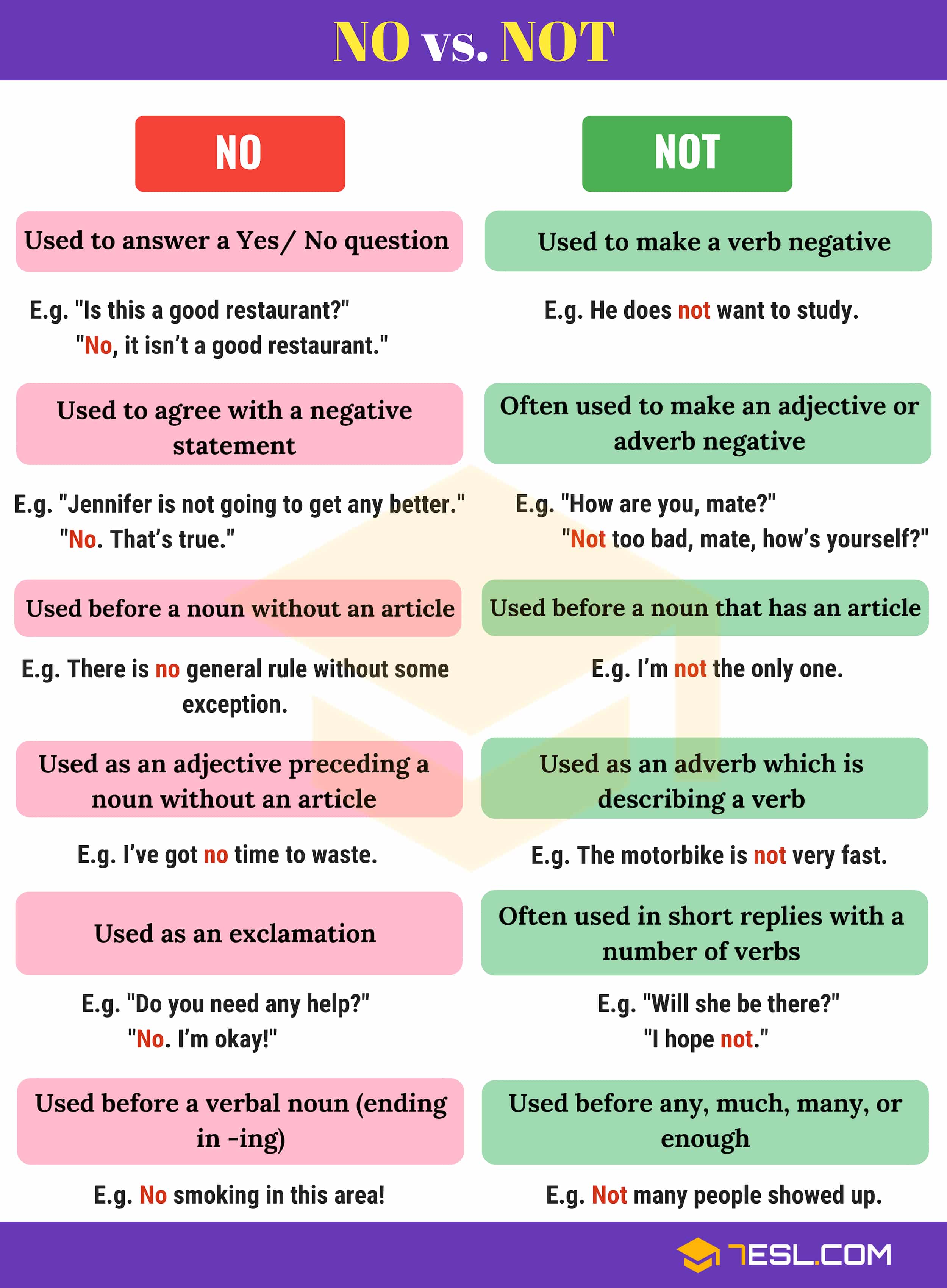 I want speak frequently English with the people so I request to you help me and send all related topics and rules to impose during speaking.