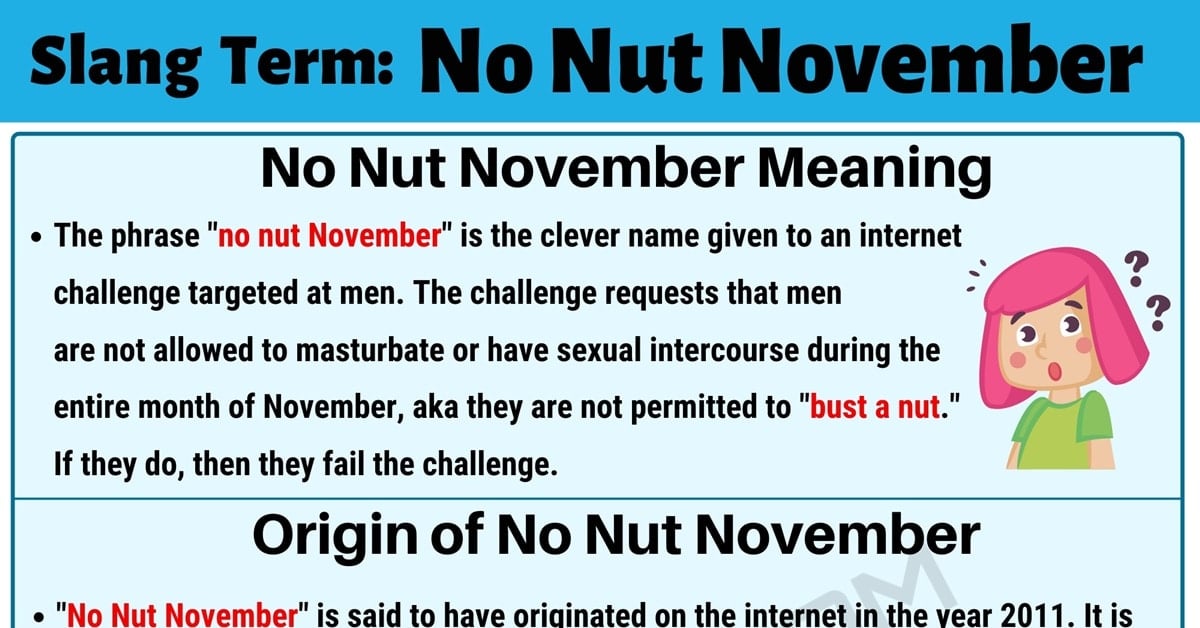 The phrase “No Nut November” is popularly used online to describe a holiday of sorts. If you’ve never heard of this holiday, but have seen this slang phrase being used and wonder what it means, then read on. Here you will find the meaning of this phrase, the origin of it, and some other meanings if there are any.

Additionally, you will see the phrase used properly in some example conversations and see some alternative words or phrases you can use synonymously with this phrase.

What Does No Nut November Mean?

Origin of No Nut November

“No Nut November” is said to have originated on the internet in the year 2011. It is often considered a humorous extension of the challenge “No Shave November” where men pledge not to shave the entire month of November for charity and to bring awareness fo men’s health issues like prostate cancer.

There are currently no other known meanings of the phrase “No Nut November.”

Alternatives to “No Nut November”

There are really no other alternative words or phrases that you could use to replace the phrase “no nut November” since it is the official and well-known name of a holiday, even if it is a humorous one. 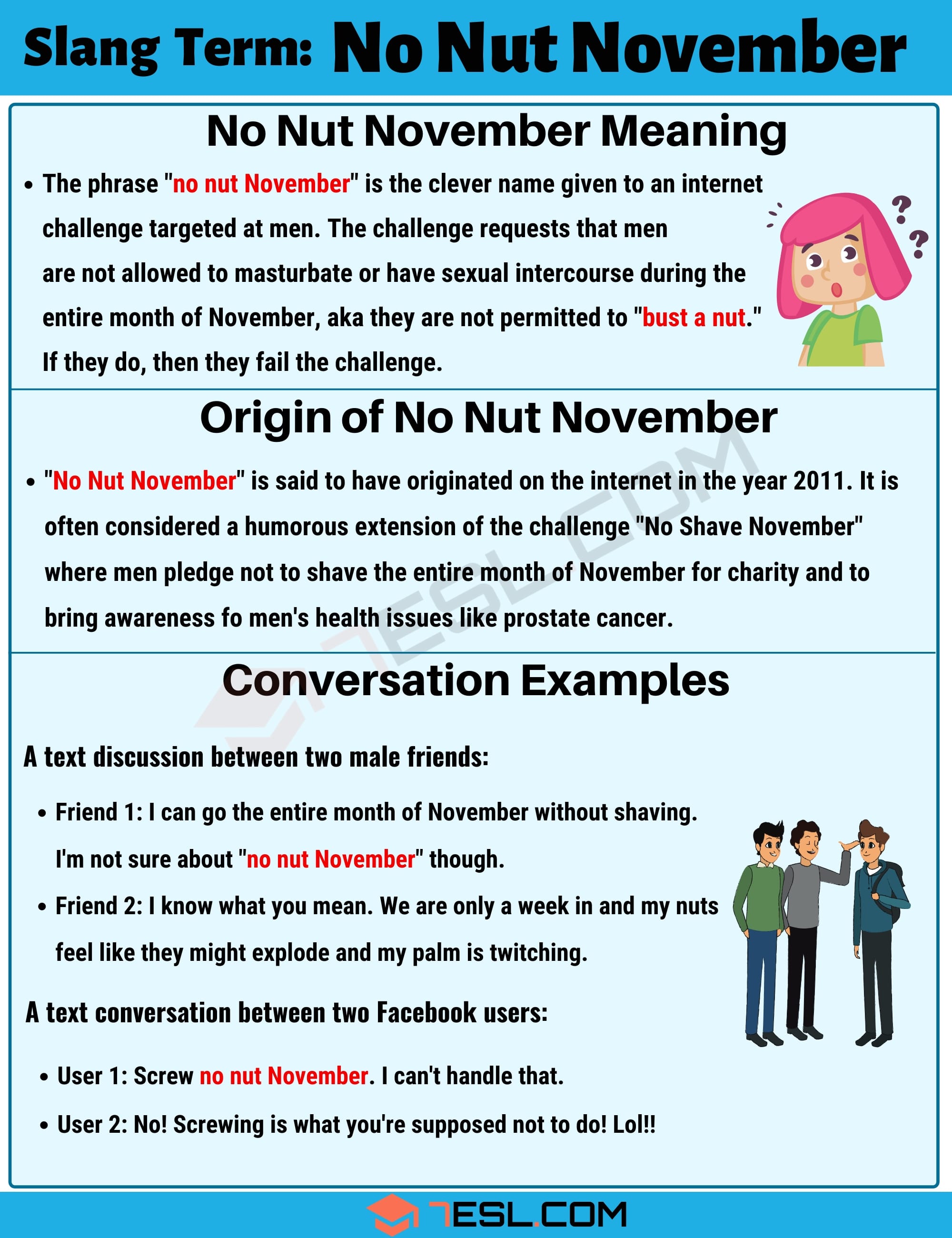 well sucks for you dont fail this year