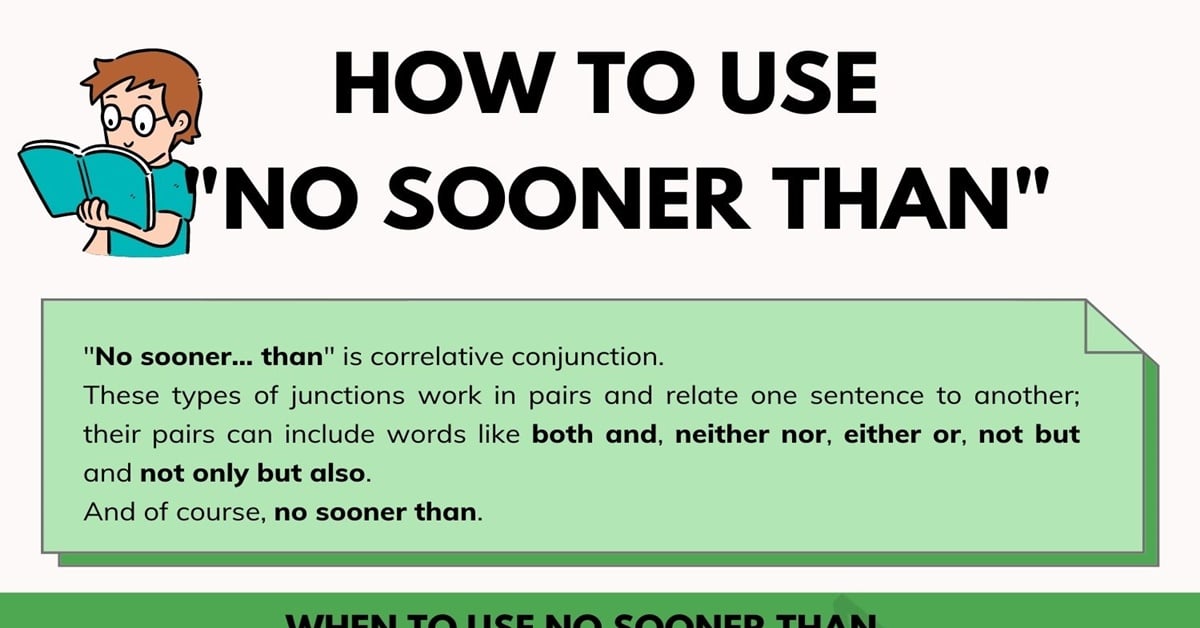 You may have seen the phrase “no sooner than” used across many different types of text, from magazines to news articles to even just posts on social media. The understanding of this word is pretty straightforward; it implies, when used correctly, that something happens immediately after something else.

Here is an example of “no sooner than” being used:

No sooner had I stepped out, than it started raining.

But even with this knowledge, it can still be quite difficult to use this phrase properly in our own writing, let’s see how it’s done.

“No sooner… than” is correlative conjunction.

These types of junctions work in pairs and relate one sentence to another; their pairs can include words like both and, neither nor, either or, not but and not only but also.

And of course, no sooner than.

Using the correlative conjunctions listed above, here are some examples of them in actual text:

When to Use No Sooner Than

As we’ve established what correlative conjunctions are, so we now understand why phrases like no sooner than are used in content across the web, we want to give an example of how you could improve your own text by using “no sooner…than.”

Instead of saying: “As she starts singing, he went to sleep.”

You can say: “No sooner had she started singing than he went to sleep.”

Here we want to give you even more examples of “no sooner…than” being used so we can really drill home how to use this specific correlative conjunction and hopefully inspire you to use it in the future.

No sooner… than is pretty easy to use, as you can see from the previous examples given.

It really helps to emphasize just how immediate something happens in a piece of text, so the reader can truly grasp how quickly things have changed from one moment to another.

How to Use No Sooner Than | Image 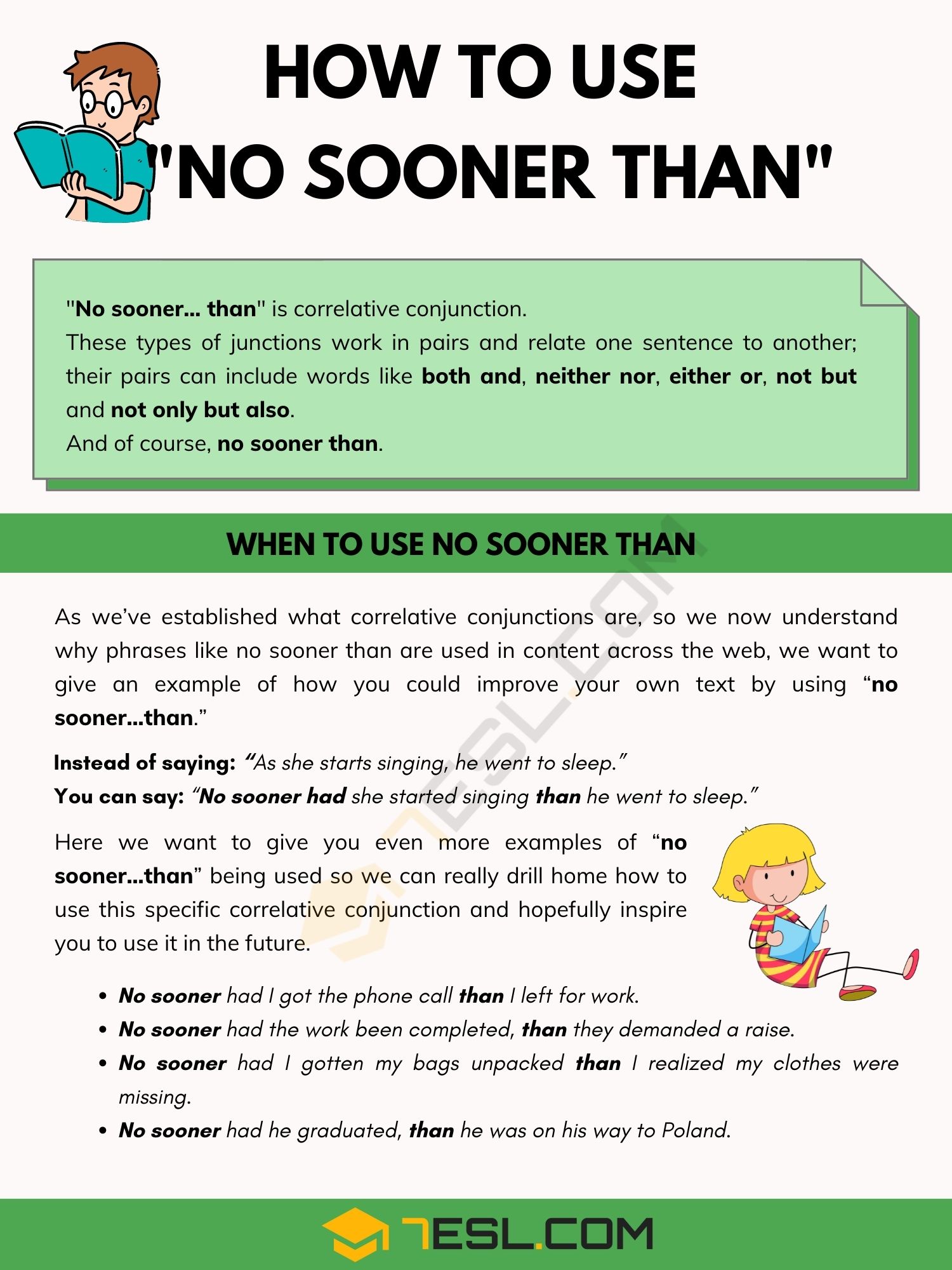