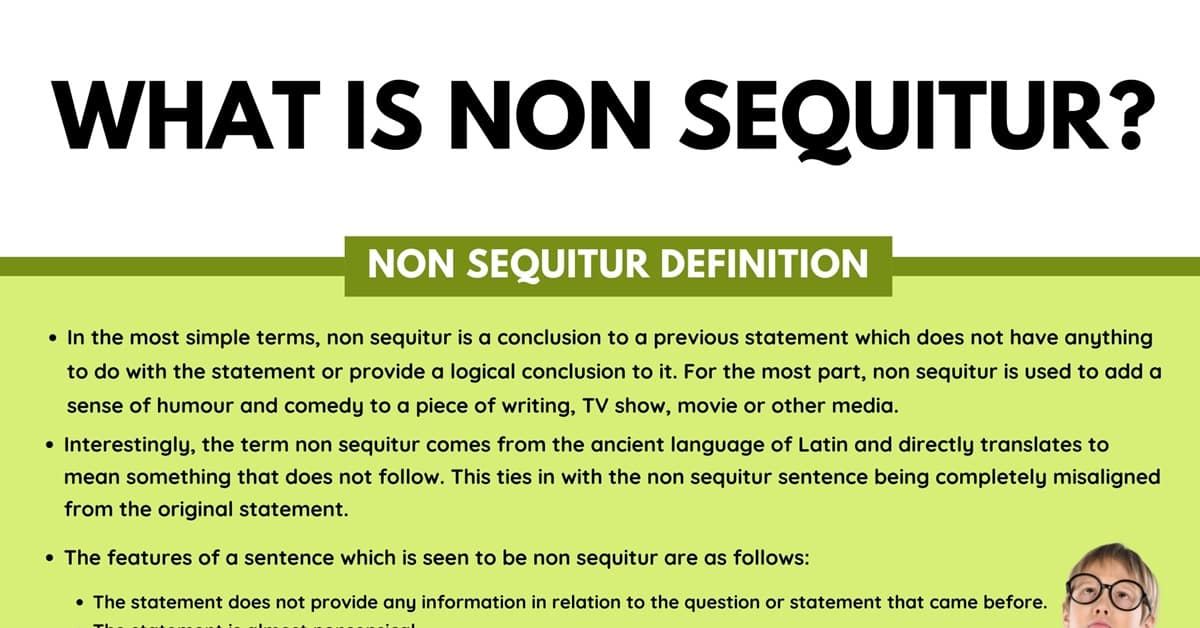 When studying the English language, you may have come across the concept of non sequitur, you may also have wondered what this is. In this article, we are going to explore exactly what non sequitur is and how it can be applied to both spoken and written language. We will do this by looking at some examples of non sequitur in use, which will aid us in gaining a greater understand of how it functions.

What Is Non Sequitur?

Interestingly, the term non sequitur comes from the ancient language of Latin and directly translates to mean something that does not follow. This ties in with the non sequitur sentence being completely misaligned from the original statement.

The features of a sentence which is seen to be non sequitur are as follows:

You may have quite often come across the use of non sequitur in your day to day conversations and not even realised it. When used as a figure of speech, non sequitur is added to bring about confusion to a conversation or, as we mentioned before, for comedic effects. In some instances, the non sequitur statement may be a false statement, for example in the sentence “Barbara like Lettuce. She should love to eat beef.” The second sentence is non sequitur and does not have any truth based on the first sentence, nor does it bring a conclusion. We are now going to look at some other example of non sequitur used in spoken language.

Examples of Non Sequitur In Literature

As we mentioned earlier, non sequitur is often used as a literary device in order to add humour to the piece of writing. This allows the writer to bring about mild confusion to the reader, which can make for a more creative piece of writing. Over the years, many writers have employed the use of non sequitur in their work, whether that be poetry, fiction, theatre or song. Let’s take a look at some examples of this.

Non sequitur is quite simply a way of adding a comedic sentence which does not conclude or bring any logic to the statement or question which it follows. It can be used as a literary device, and has been in many examples of written work. Aside from this, non sequitur is also used in conversation and spoken language such as TV shows and movies in order to add humour and confusion. 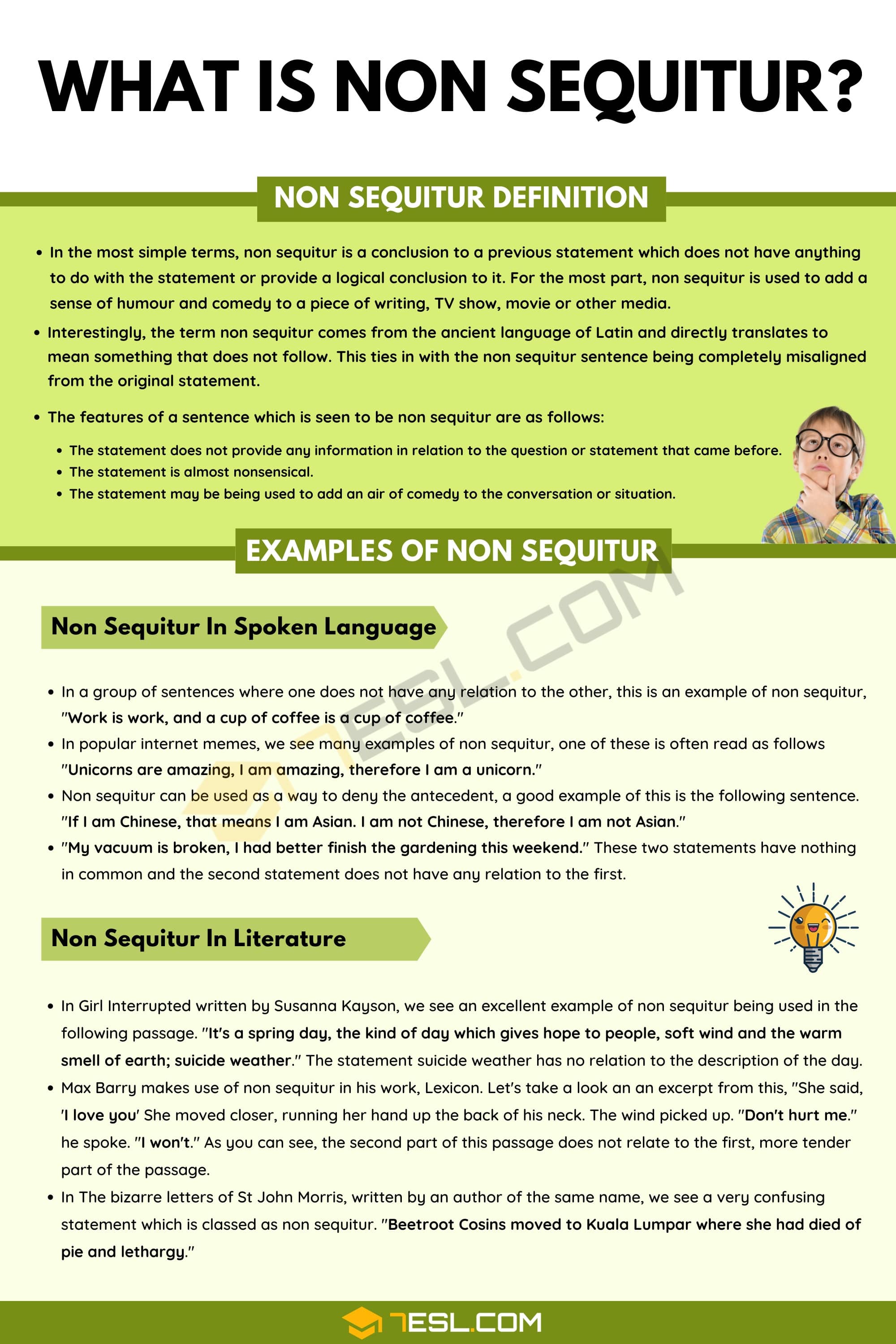