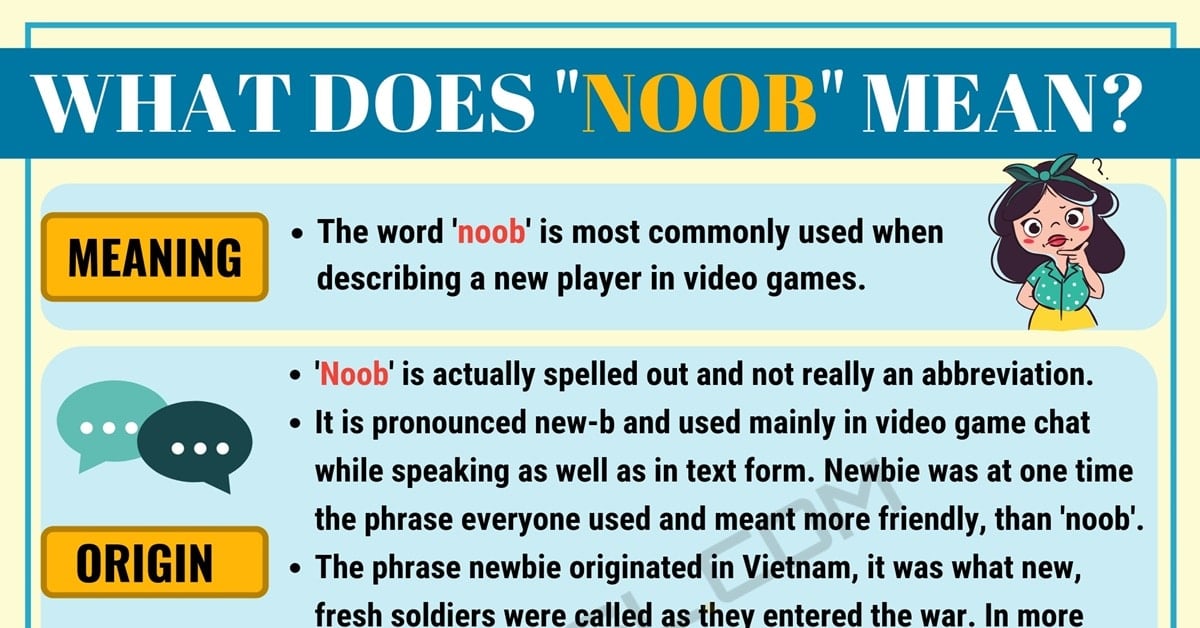 What does Noob mean? What is the definition of this internet slang word? Learn how and when to use this online term with ESL infographic and useful conversation examples in English.

What Does Noob Mean?

The word ‘noob‘ is most commonly used when describing a new player in video games.

This slang term is actually spelled out and not really an abbreviation. It is pronounced new-b and used mainly in video game chat while speaking as well as in text form. Newbie was at one time the phrase everyone used and meant more friendly, than ‘noob’. The phrase newbie originated in Vietnam, it was what new, fresh soldiers were called as they entered the war. In more modern slang, ‘newbie’ (pronounced new-bee) is a nice way of saying someone is new at something. However, saying ‘noob’ is saying someone sucks and clearly new to what they are doing.

Here you experience a few people playing an intense game of LOL (League Of Legends). One of the players may lack knowledge causing them to run around unsure as to what they are doing and an existing player with experience would get irritated by the stupid moves the new player is making, causing the experienced player to get irritated with the new one.

Here is a great example of three friends trying to decide the perfect game to play. However, the friend they asked to decide what game is new to gaming and unsure what to pick, making them yes a ‘noob’.

Now here you will experience someone trying to play a game solo, but decided to get some help from an online forum or group page. Note how some people will grow to annoy everyone simply by calling the new player ‘noob’. The phrase can get overused by many and sometimes isn’t necessary to call someone simply seeking help, yet it happens every day. 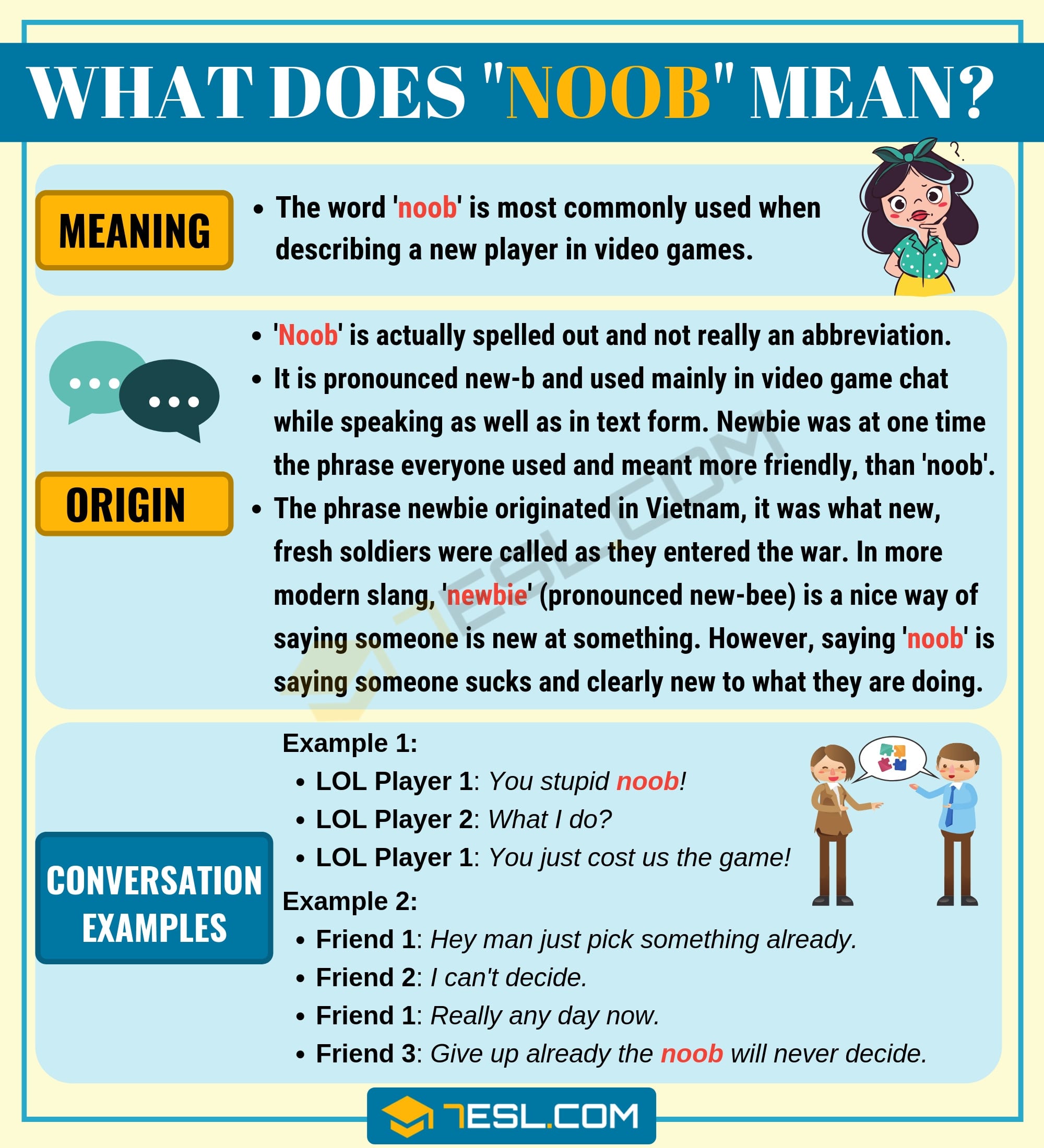